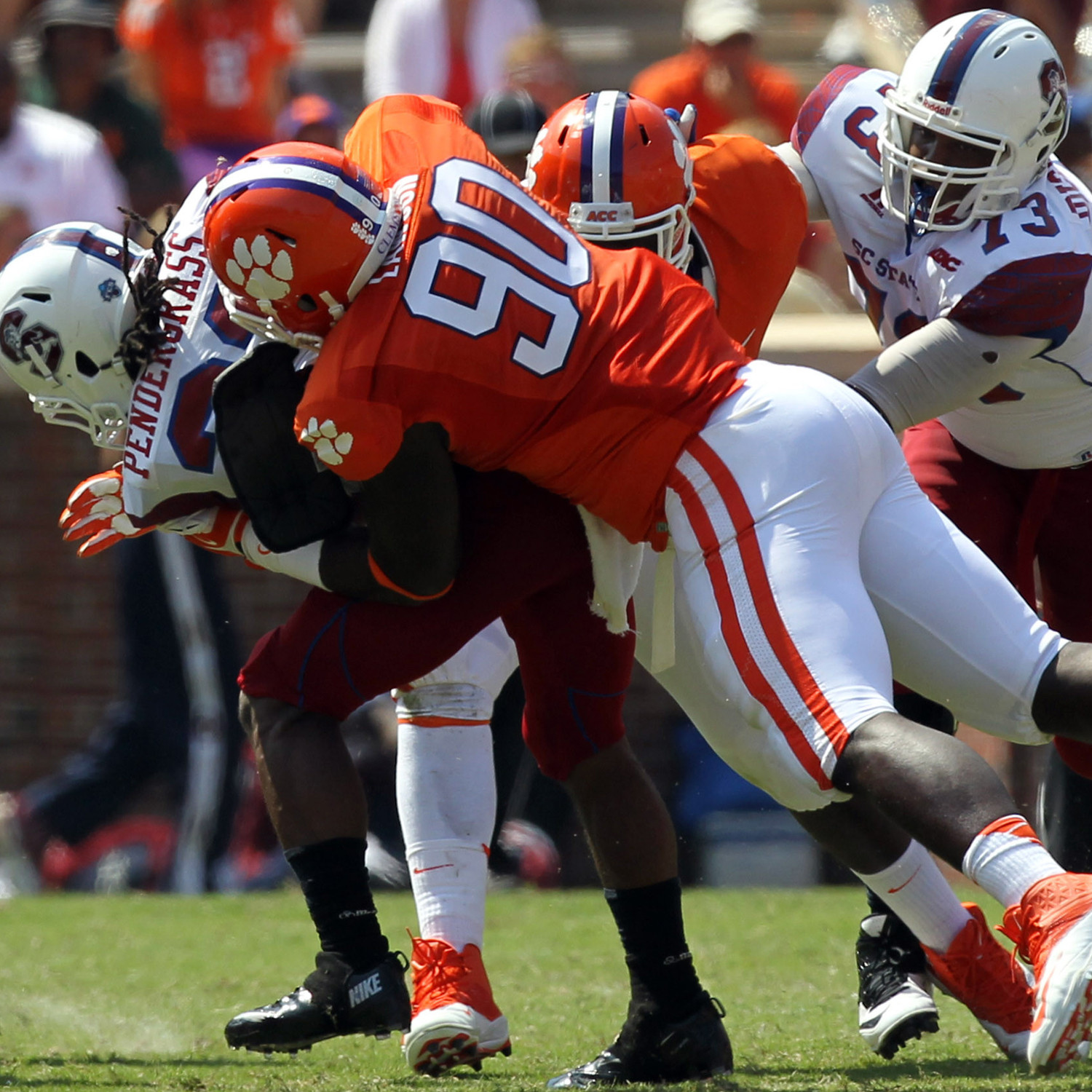 Clemson, S.C.—Clemson linemen Shaq Lawson and Eric Mac Lain have been named to the 2015 Lombardi Award Watch List. The Lombardi Award is presented each year to a down linemen, end-to-end, either on offense or defense, who set up no farther than 10 yards to the left or right of the ball, or linebackers who set up no farther than five yards deep from the line of scrimmage.

Lawson was named to the preseason All-ACC team as a junior.  In 2014, he helped Clemson lead the nation in total defense and tackles for loss when he had 44 tackles, 11 tackles for loss and 3.5 sacks.  He started one game behind All-American Vic Beasley, but actually finished the year with more tackles than Beasley.

Mac Lain also made the preseason All-ACC team announced in July.  He is also a candidate for the Allstate Good Hands team this year.  The graduate student from Hope Mills, N.C. has helped Clemson to a 32-7 record and three top 15 finishes in both polls since  2012.