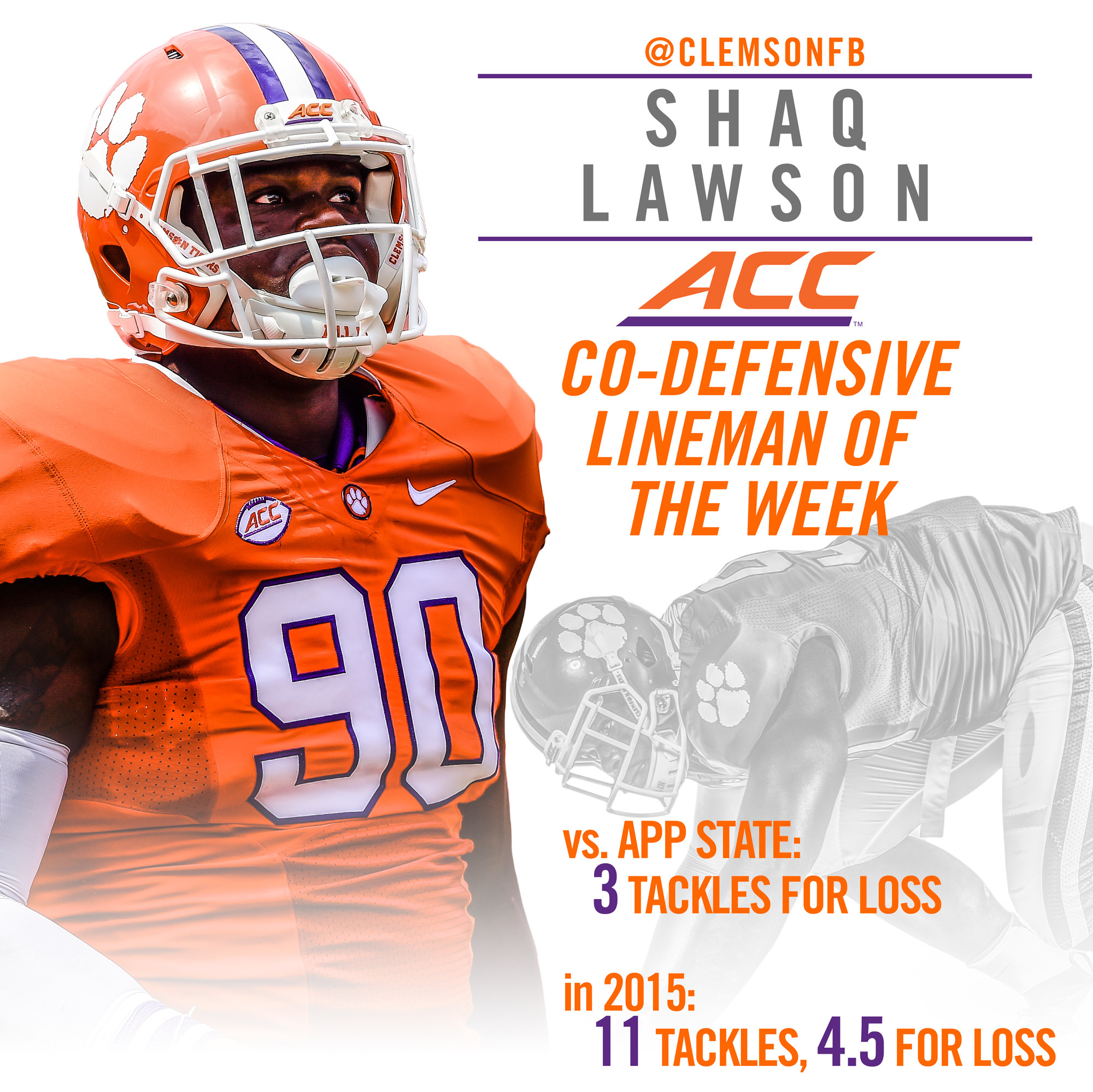 Clemson, S.C.—Clemson defensive lineman Shaq Lawson was named Co-Defensive Lineman of the Week by the ACC for his play in Clemson’s 41-10 win over Appalachian State last Saturday.    Tyrique Jarrett of Pittsburgh was also honored for his play in Pittsburgh’s victory at Akron.

Lawson had three tackles for loss, including a sack, in Clemson’s victory over  the Mountaineers.  The native of Central, S.C. made those big plays in the first half when the Tigers took a commanding 31-0 lead.  He was a big reason Clemson’s pass rush helped limit Appalachian State to just 95 yards through the air and just nine completions in 28 attempts.   Lawson finished with four total tackles.

This marks the sixth time in the last four years that a Clemson defensive end has been named ACC Defensive Lineman of the Week.