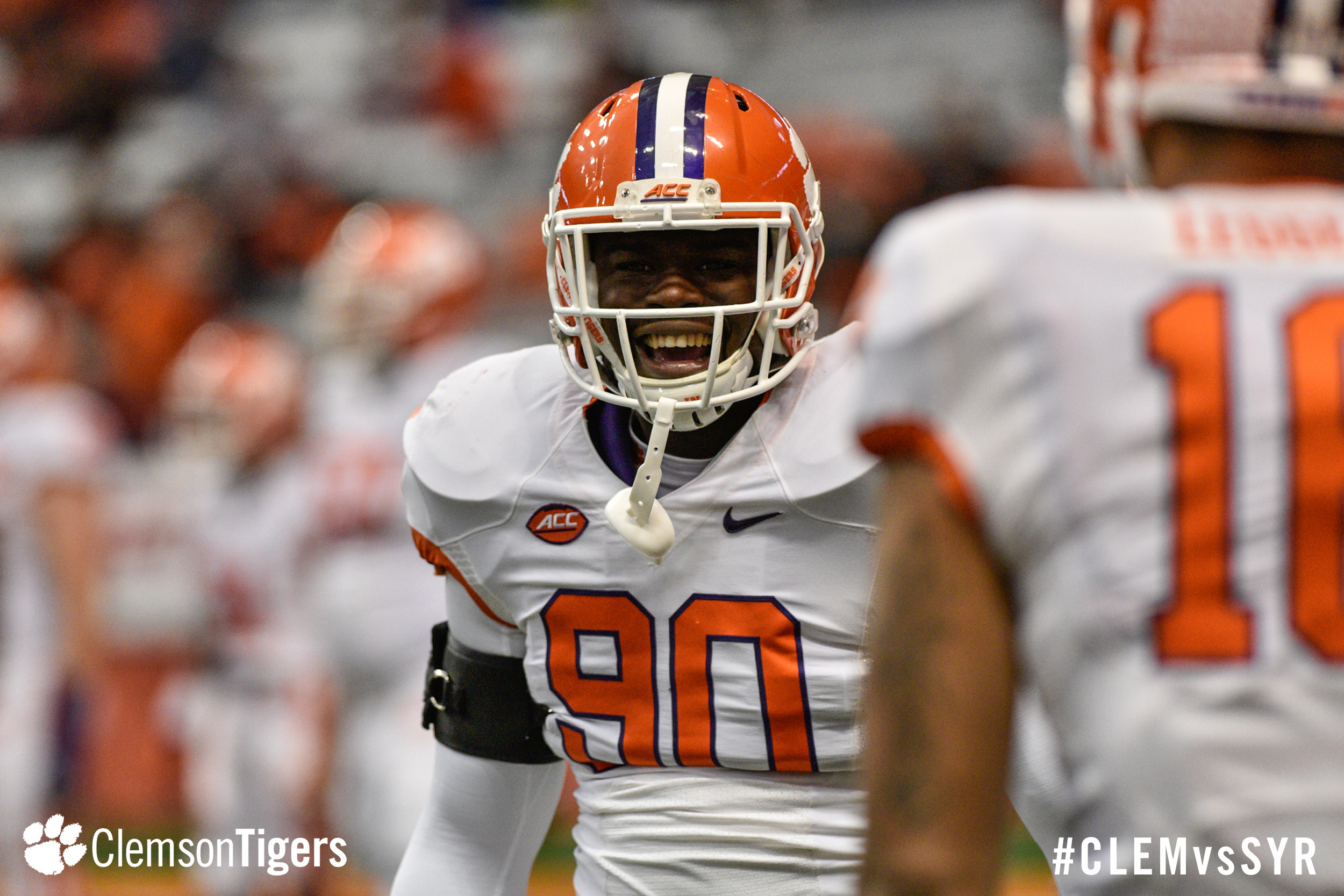 The six finalists include Lawson, DeForest Buckner of Oregon, Shilique Calhoun of Michigan State, Myles Garrett of Texas A&M, Carl Nassib of Penn State and Emmanul Ogbah of Oklahoma State.  The winner will be announced on Wednesday, December 9.

Lawson has been a key to No. 1 Clemson’s 13-0 record and ACC Championship. The junior leads the nation in tackles for loss with 22.5, nine of which have been quarterback sacks.  He has 79 tackles overall.  He had six tackles, including two tackles for loss and a caused fumble in Clemson’s 45-37 win over North Carolina this past Saturday, a victory that gave Clemson the ACC Championship and a No. 1 ranking entering the bowl and playoff season.