Landon Walker grew up in North Wilkesboro, N.C. Football was big in his family, as his father, Gary, was on Clemson’s 1981 national championship team.

North Wilkesboro is also a hotbed for NASCAR.

Fittingly, football and racing have both been a big part of Walker’s life.

“Where I grew up in North Carolina, racing and NASCAR were a big part of the culture.”

Walker followed NASCAR as a youth, but he was all about playing football. He excelled in high school, then accepted a scholarship to play for Head Coach Tommy Bowden at Clemson. He entered in January 2007, one of four Tigers who entered a semester early, an unusual occurrence in those days.

Walker was one of the veterans on the 2011 team that helped Dabo Swinney and the Tigers end 20 years of frustration when they won the ACC title.

“It is rewarding to be one of the players who set a foundation for what we see today. That win over Virginia Tech in 2011 was one of the most memorable games of my career.

“That was a big deal, but I also remember beating Florida State. I looked at Florida State as our chief rival when I was in school. I especially remember the 2011 game (35-30 Clemson win).”

Walker signed a free-agent contract with the Cincinnati Bengals in the spring of 2012, but he could not pass the team physical due to knee arthritis.

While many of Swinney’s former players use their Clemson experience to further their football playing career, many more use the experience to start careers in other professions.

“When I was finished playing football, I talked with Tracy Swinney (Dabo’s brother). He knew Jimmy Kitchens, who was a spotter on Ryan Newman’s NASCAR team. He put me in contact with Chris Burkey, a pit-crew coach at Hendrick Motorsports. He had been a scout with the Miami Dolphins, so we had a connection.

“My experience with Clemson football gave me a platform to get in the door with Hendrick Motorsports.”

Burkey invited Walker to come to a Hendrick Motorsports “combine.”

“I didn’t know what was involved until I went to that combine with 20 other guys. Being a part of a race team is very physical. We work out with a strength coach multiple times every week.”

Walker was still in very good shape after preparing for Bengals camp. He made the team, and by his second season, Walker was the fueler on Kasey Kahne’s team, a position he held for four years.

Walker is now in his fifth year with William Byron’s car. As of Sept. 5, Byron’s team was in second place in the NASCAR Cup Series standings and recorded six top-10 finishes.

A look to video on YouTube of Walker’s role as an “over the wall” member of the pit crew shows why former athletes are working for NASCAR pit crews.

One of Walker’s teammates at Clemson, linebacker Jonathan Willard, is the jackman for the Chip Ganassi Racing team.

The NASCAR season is 38 weeks long, one of the longest professional sports seasons in the United States. However, Walker only travels on the weekends, many times just the day of the race.

That has allowed Walker to start his own business in addition to his unique weekend job. In 2015, he started a trucking company, and his fleet of 10 trailers are service providers for FedEx.

The only regret Walker has is his current schedule does not allow him to see a lot of Tiger football games.

“With a 38-week schedule, I don’t have a lot of weekends free to go to Clemson games.

“I follow the team closely and am so happy to see two of my former teammates (Thomas Austin, Tyler Grisham) are on Dabo Swinney’s staff as full-time coaches.

“I met my wife at Clemson. She knows what football weekends are all about. I look forward to bringing my kids to Clemson games and showing them where their dad used to play.” 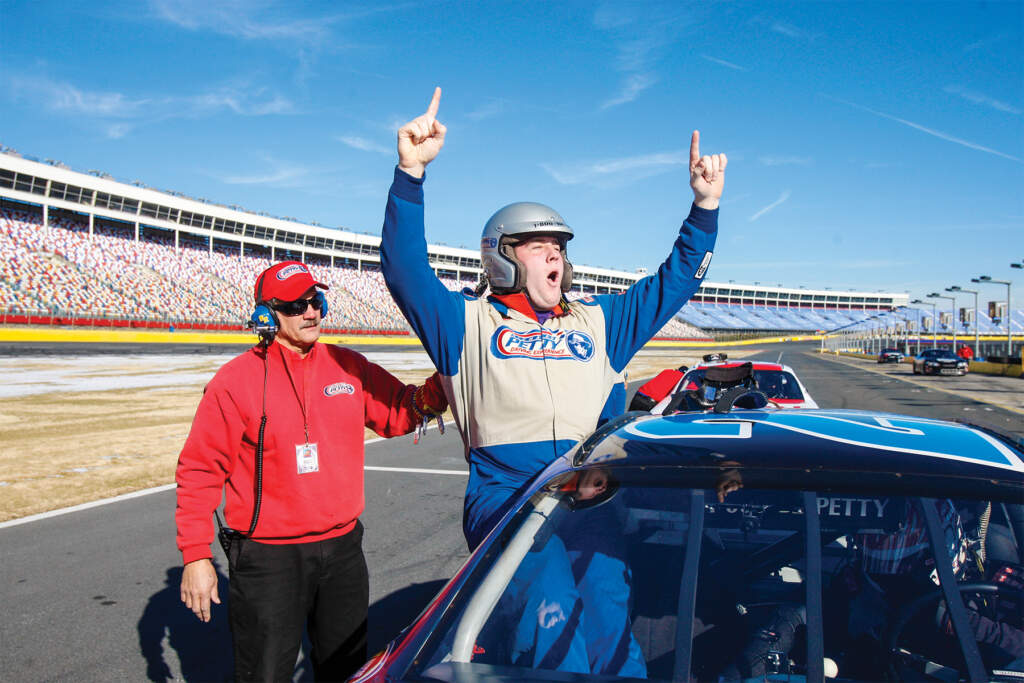