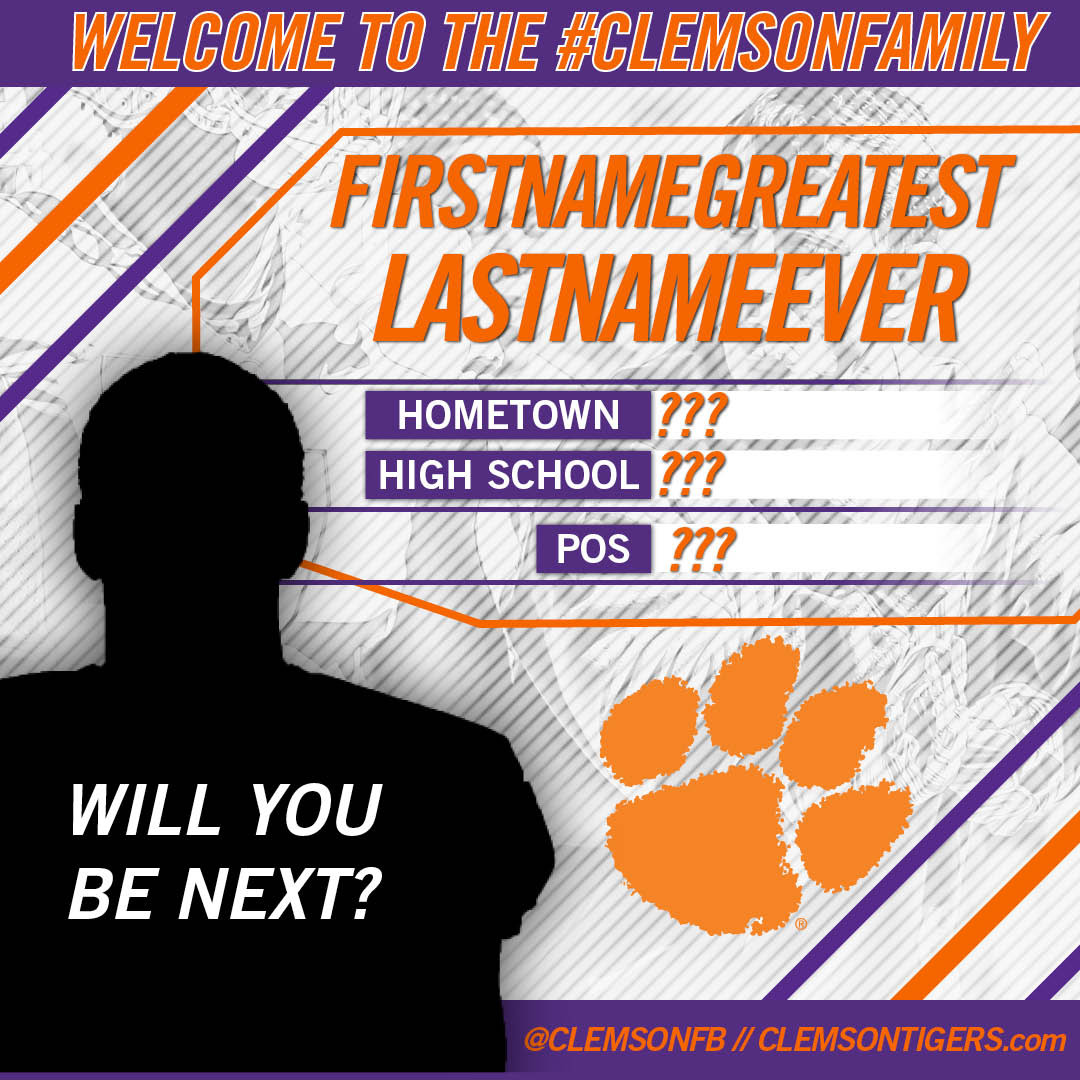 Clemson, S.C. — Linebacker Tre Lamar and offensive lineman Sean Pollard have both signed Financial Aid Agreements with the Clemson football program. Both plan to enroll at Clemson in January 2016.

Pollard is a 6-5, 295-pound offensive lineman from Pinecrest High School in Southern Pines, N.C.  He helped that school to an 11-3 record last year when he was a first-team all-state selection and also an all-region choice.

Pollard committed to Clemson on December 19, 2014 and is ranked in the ESPN.com 300.  That site also lists him as the No. 11 prospect in the state of North Carolina.  Rivals.com ranks Pollard as the No. 192 player in the nation, the 10th best offensive lineman in the nation, and the 10th best player in North Carolina.  He was one of just four juniors to make the NCPreps All-State team last year.  He also was selected for the NIKE Open in Oregon this past July.