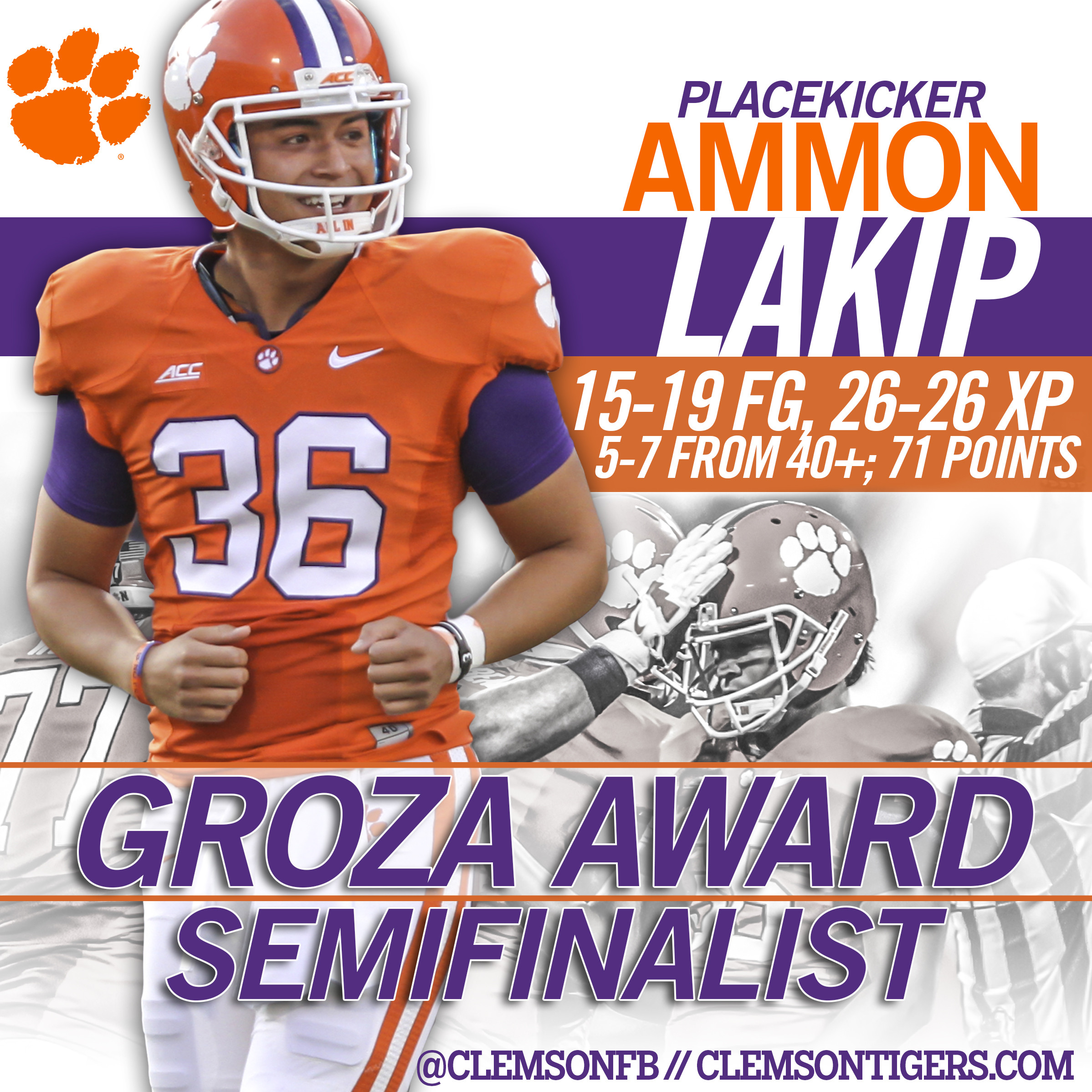 Clemson, S.C.—Clemson kicker Ammon Lakip is one of 20 semifinalists for the Lou Groza Award.  The honor is presented each year by the Palm Beach  Sports Council of West Palm Beach, Florida to the outstanding kicker in the nation.

Lakip is one of five ACC kickers on the list.  He is joined by Ian Frye of Virginia, Ross Martin of Duke, Cole Murphy of Syracuse, John Wallace of Louisville and Robert Aguayo of FloridaState.  Aguayo won the award last year.

Lakip  is ranked eighth in the nation in field goals per game with a 1.88 figure.  He is 15-19 for the season and has made each of his last nine attempts,   His only miss over the last five games is from 48 yards.  The junior has made three field goals in three different games (S.C.State, Louisville and Syracuse).    He has also made 26-26 extra points and is Clemson’s leading scorer with 71 points.

Semifinalists will be voted on by FBS Head Coaches and sports information directors, past Groza finalists, and national and regional football writers to select the three finalists. These finalists will be announced on November 24th and honored at the 23rd annual Lou Groza Collegiate Place-Kicker Awards Banquet on December 9th in West Palm Beach, Florida. The winner will be announced live on ESPN at the Home Depot College Football Awards Show on Thursday, December 11th.

The award is named in honor of one of the all-time great kickers in football history, Lou Groza. Groza played 21 seasons for the Cleveland Browns setting numerous franchise records, including most games played, most points scored, and an amazing 107 consecutive games in which he scored a point. Groza was inducted into the Pro Football Hall of Fame in 1974.