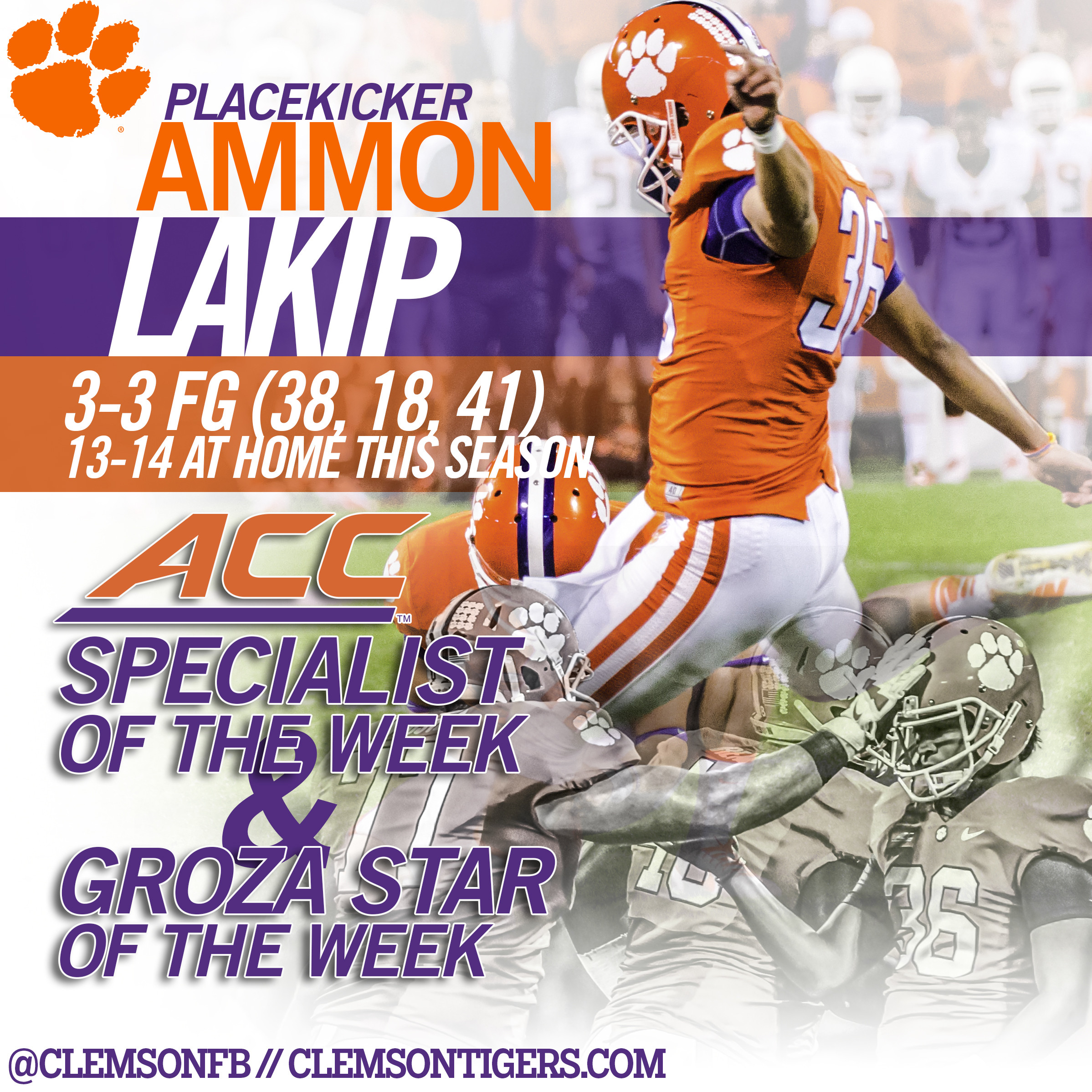 Lakip Groza Star of the Week

Clemson, S.C.—Clemson kicker Ammon Lakip has been named a Groza Award Star of the Week by the Lou Groza Award Committee of Palm Beach, Fla.   Each week the committee recognizes the top three kickers in the country.  In addition to Lakip, Jaden Oberkrom of TCU and Matthew McCrane of Kansas State were also named. Lakip was 3-3 on field goals in helping the Tigers to a 16-6 win over Syracuse last Saturday.  He made field goals from 38, 18 and 41 yards to give Clemson a 9-6 lead going into the fourth period.   The junior has now made 15-19 field goals for the year, including 13-14 in games played at Clemson’s Memorial Stadium.  He has made his last nine attempts regardless of site. For the season, Lakip has scored 71 points on the 15 field goals and a perfect 26-26 on extra points.  He is sixth in the nation in total field goals made, and 10th in kick scoring points.  He is Clemson’s leading scorer this year.