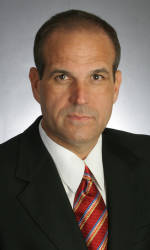 Kevin Steele, most recently the associate head coach and head coach of the defense at the University of Alabama, was named defensive Coordinator at Clemson. Tiger Head Coach Dabo Swinney made the announcement on Friday.

Steele has 23 years of college experience at the FBS level and four years of experience in the NFL. He has coached under former National Championship Head Coaches Tom Osborne, Nick Saban, Bobby Bowden and Johnny Majors in his career as a full time assistant coach that dates to 1982.

The native of Dillon, SC has coached in 16 bowl games, including eight appearances in bowls that are now considered Bowl Championship level games. That includes six appearances as a coach in the FedX Orange Bowl. He has been a part of 11 teams that have finished in the top 20 of the national polls at five different schools. That includes this year’s Alabama team that was fourth in the final regular season polls.

He has also been an assistant coach on six different teams at four different programs that have finished in the top 10 in the nation in scoring defense.

“Kevin Steele is one of the most respected coaches in the nation,” said Swinney. “He has served under Hall of Fame head coaches who have won national championships and also has experience in the NFL. He has also been ranked as the number-one recruiter in the nation and has coached in eight BCS level bowl games. He has recruited this state for many years and is respected by the high school coaches of South Carolina. He is a perfect fit for this staff.”

Steele will coach Clemson’s linebackers in addition to serving as defensive coordinator.

“I am very excited to join Dabo Swinney’s staff at Clemson,” said Steele. “It feels great to return to the state of South Carolina. I have recruited this state for many years and feel at home in this area. Clemson has an outstanding tradition and I am excited about the opportunity to work for Coach Swinney who is one of the bright young coaches in the game.”

Steele spent the last two seasons at the University of Alabama under Nick Saban. He was the defensive coordinator in 2007 before assuming the title of Associate Head Coach and Head Coach of the Defense for the 2008 season. Alabama finished the regular season with a 12-0 record and won the Western Division Championship of the Southeastern Conference.

Alabama ranked third in the nation in total defense (256.9), fourth in rushing defense (78.9), sixth in scoring defense (13.0), and 13th in pass efficiency defense (101.6) at the end of the regular season (final rankings will not be released until next week). The Crimson Tide led the SEC in rushing defense and total defense. Steele tutored the linebackers each of the last two years at Alabama in addition to his other defensive coordinator responsibilities.

Steele spent four seasons as executive head coach and linebackers coach at Florida State under Bobby Bowden (2003-06), helping the Seminoles to three top-25 finishes and two ACC Championships. The Seminoles finished with a 10-3 mark his first year in Tallahassee and ranked 10th in the nation in scoring defense. In 2004, Florida State was 15th in the final AP poll and the squad was in the top 10 in rushing defense, total defense and scoring defense.

Steele has a history of recognition as an outstanding recruiter and was named the number-one recruiter in the nation by Rivals.com after landing the nation’s top recruiting class in February of 2005. During his career at Florida State the players he coached included Michael Boulware, a finalist for 2004 NFL Rookie of the Year with the Seattle Seahawks, Ernie Sims, the ninth overall selection of the Detroit Lions in the 2006 NFL draft, and Lawrence Timmons, a first-round pick of the Pittsburgh Steelers in 2007. Boulware and Timmons are natives of South Carolina.

Steele served as head coach at Baylor University from 1999-2002 before moving to Florida State.

Steele is familiar with Memorial Stadium, as he was the linebackers coach for the Carolina Panthers of the NFL in 1995, the Panthers inaugural season when they played their home games at Clemson. He worked under Panthers Head Coach Dom Capers for four years (1995-98), including the 1996 season when the franchise had a 13-5 overall record and reached the NFC Championship game. Among the players he coached was Sam Mills, the only Panthers player in the franchise’s Hall of Honor.

Nebraska finished in the top 20 in the nation all six years and won at least nine games every season. He coached Butkus Award winner Trev Alberts in 1993 and first-team All-American Ed Stewart in 1994. The 1994 defense finished second in the nation in scoring defense and fourth in total defense.

A 1981 graduate of the University of Tennessee, Steele had two coaching tenures with the Volunteers. He got his start in coaching in 1981 as a graduate assistant under Johnny Majors. The following year he was promoted to an outside linebackers position. He then became recruiting coordinator and linebackers coach at New Mexico State for the 1983 season.

In 1984, Steele was a member of the coaching staff at Oklahoma State. The Cowboys finished with a 10-2 record and #5 final ranking in the UPI poll. He stayed with the Oklahoma State program for the 1985 and 1986 seasons, helping the Cowboys to two more winning seasons.

In 1987, Steele returned to Tennessee as defensive backs coach under Majors. The Volunteers finished with a 10-2-1 record and a #14 final ranking the AP poll. The season included a Peach Bowl win over Indiana.

As a student-athlete, Steele spent his freshman year at Furman University in nearby Greenville, SC before transferring to Tennessee, where he played on the 1978 and 1979 teams. He was a student assistant coach in 1980 before becoming a graduate assistant in 1981.

Steele and his wife Linda, also a native of South Carolina, have one son, Gordon, a member of the Valdosta State football team, and a daughter, Caroline, a sophomore at Auburn.