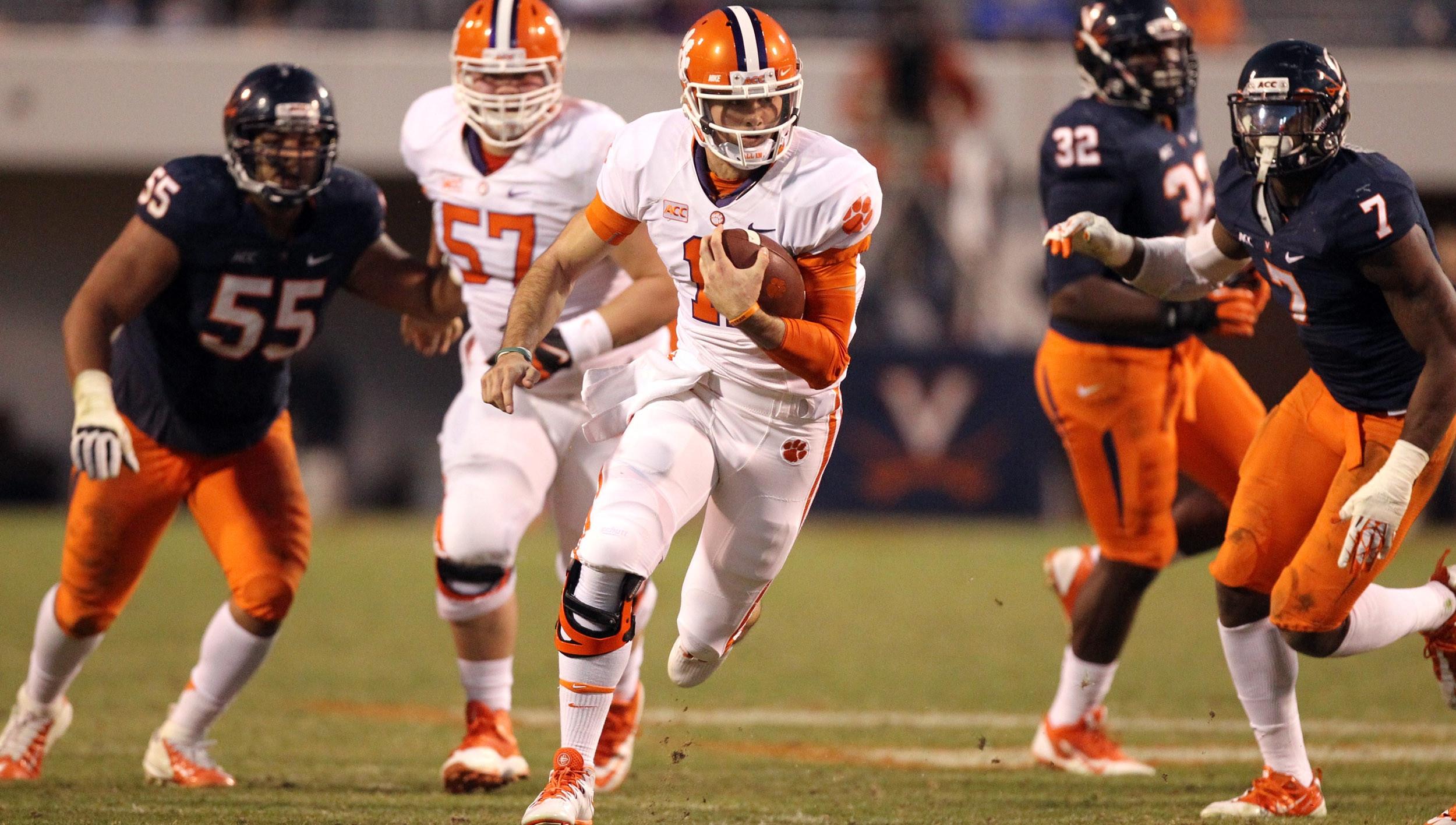 CLEMSON, S.C. – Clemson Head Football Coach Dabo Swinney announced Monday that he has dismissed quarterback Chad Kelly from the school’s football team.”I have dismissed Chad Kelly for conduct detrimental to our program,” said Swinney. “He has had a pattern of behavior that is not consistent with the values of our program. I hope he will mature and grow from this and become the man and player I know he can be. I wish him nothing but the best in the future academically and athletically.”Kelly red-shirted the 2012 season, then suffered a torn ACL in the 2013 Spring Game. But, he came back to play by the September 7 S.C. State game. He played in five games overall in 2013 and was 10-17 passing for 58 yards. He added 16 rushes for 117 yards and a touchdown, including 56 yards on seven rushes at Virginia.The native of Niagara Falls, N.Y. was in a three-way competition at quarterback this spring along with senior Cole Stoudt and freshman Deshaun Watson. Kelly completed 10-18 passes for 113 yards, but threw a pair of interceptions in the April 12 Spring Game.