James Skalski – Blink of an Eye

Linebacker James Skalski, who started his Clemson football career in 2016, described his journey entering his sixth year in the Tiger program as “a blink of an eye.” Despite what seems like a quick tenure in a Tiger uniform, he has accomplished something that very few Tigers can claim…returning team co-caption. That honor is reserved for seniors and is voted on by the team at the end of each season.

As a man that is big on respect, Skalski recognizes that the mutual respect he has with his teammates and his consistent work ethic are two main reasons he was chosen as a team captain. Skalski is grateful to be a team captain and credited the leaders that came before him as his role models when taking on one of the captain positions.

The Clemson graduate has fully embraced and taken on the role.

“Being a team captain has put even more weight on my shoulders. I have no choice but to accept the responsibilities it has and step up to the plate.”

Often called the “quarterback of the defense,” Skalski’s position of middle linebacker also comes with leadership, decision making and great responsibility. He described each gameday as a test. At his position, preparation and studying is necessary in order to be ready for any scenario an offense can throw at the defense.

Another challenge for the middle linebacker is adjusting on the fly to situations and schemes that defenses may not have prepared for. The adjustments and quick game-time decisions are a critical part for the leader.

The Sharpsburg, Ga. native described his leadership style as “passionate,” which may be a byproduct of working every day with Defensive Coordinator Brent Venables, who Skalski also described as a “passionate” leader. Working under Venables is an honor to Skalski and has been one of the best parts of his experience at Clemson.

“You’re coached by the best in the country,” said #47. “He pulls the best out of you every single day, even if you’re not feeling it. He is going to find a way to help you get better. It’s been a blast. He is extremely passionate about what he does, and it is contagious. You grow in every aspect around here, and any way you can grow, they will help you do it.”

The super senior said he learns from those around him and works to instill their best leadership qualities into his leadership traits. Even when Skalski is not playing, he tries to be another person for his teammates to talk to and analyze plays with.

With communication being a large part of the sport, the team captain tries to be an extension of the coaching staff through constant communication of possible improvements and reminders to his teammates on the field and in practice.

With the start of his sixth season already underway, Skalski is stunned by how quickly his journey at Clemson has unfolded.

As a recruit, he fell in love with the campus, the staff and the culture of the Clemson Family without knowing the success he would soon be walking into. While grateful for all the opportunities he has had along the way, it is unbelievable for him to have his final season as a Tiger already in full swing.

The optimism and dedication to having a great season still is at the forefront of all the players’ minds. As a member of the Tiger program since 2016, he is eager to see the full potential of this team come to fruition.

While he hopes for ultimate team success, personally, the graduate hopes to enjoy and soak up every second of his last season in Tigertown, both on and off the field. As a person who loves the water and relaxing under the sun, Skalski plans on taking full advantage of his favorite place around Clemson, Lake Keowee, when not playing football.

Although he also loves the ocean and has a predator mentality on the field, the lake tends to be a more enjoyable and relaxing option for Skalski due to his large fear of great white sharks.

After Skalski’s successful career comes to an end at Clemson, he is focused on playing football in the NFL. 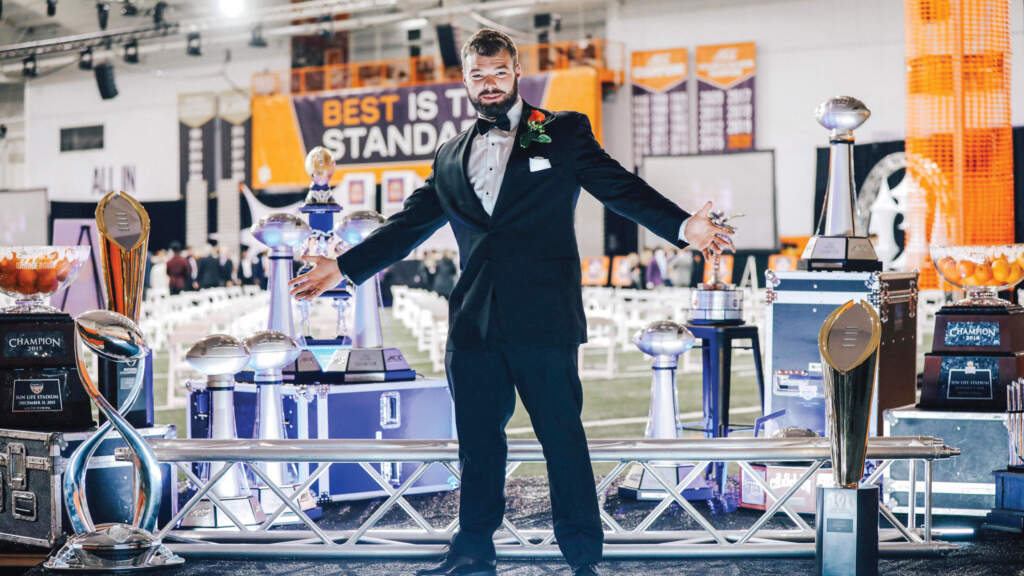