James Edwards – Waiting for the Moment

What does it mean to be a football player for the Clemson Tigers? It just means more according to fifth-year senior defensive tackle James Edwards.

“You learn more than just football at Clemson. I learned so much on how to be a better person and a better man. It’s not just about the lessons you learn about playing football. The entire Clemson family atmosphere with my coaches and teammates is what really pushed me to not only be a better player, but a better person.”

The native of Vestavia Hills, Ala. decided to check out Clemson along with his twin brother, Jacob, because Clemson was in the Southeast and not too far from home. However, Tiger football was not uncommon to the Edwards family. In fact, Clemson was already a team they watched regularly.

Edwards’ father went to high school and played football alongside Head Coach Dabo Swinney, and the twins were teammates with safety Nolan Turner at Vestavia Hills High School, making it all the more reason to see what the hype for Clemson was all about.

After a very successful high school career, Edwards and his brother both received the invitation to play for the Tigers as walk-ons in 2017. But before traveling to Tigertown, the twins essentially had their pick of colleges and scholarships from smaller schools.

While at Vestavia Hills High School, they wanted to “go big or go home” and try to earn a scholarship wherever they landed. Therefore, the twins became Tigers without the promise of a scholarship in the future. They wanted to earn it themselves.

Then in the 2019 season, the twins received recognition, as they were awarded with scholarships, meeting the goal they made for themselves years before.

With Edwards being recognized as one of the largest players in high school, it was no surprise that he would end up playing on the defensive line, and he was recruited to play the same position for Clemson.

“When we were younger, we were always known as being the biggest in our school, so it was natural that we played either offensive or defensive line. It was perfect, because I loved the position anyway.

“Patience is what has really got me through college football. I have practiced a lot of patience during my time at Clemson. My philosophy is that I don’t want to be overly eager, but I strive to work hard and wait my turn until the moment comes.”

The senior has many great memories playing with the Tigers, but two in particular stand out.

“Some of my best memories playing at Clemson include winning the national championship in 2018, and when we played Syracuse that same year. It was a close game and Trevor Lawrence was injured, but at the last second, Chase Brice led us to a touchdown to get us the win and keep our perfect record intact.”

Edwards graduated in August with a degree in PRTM and is working towards attaining his graduate degree in athletic leadership. He is also a P.A.W. Journey ambassador and was an ACC Academic Honor Roll member in 2020. 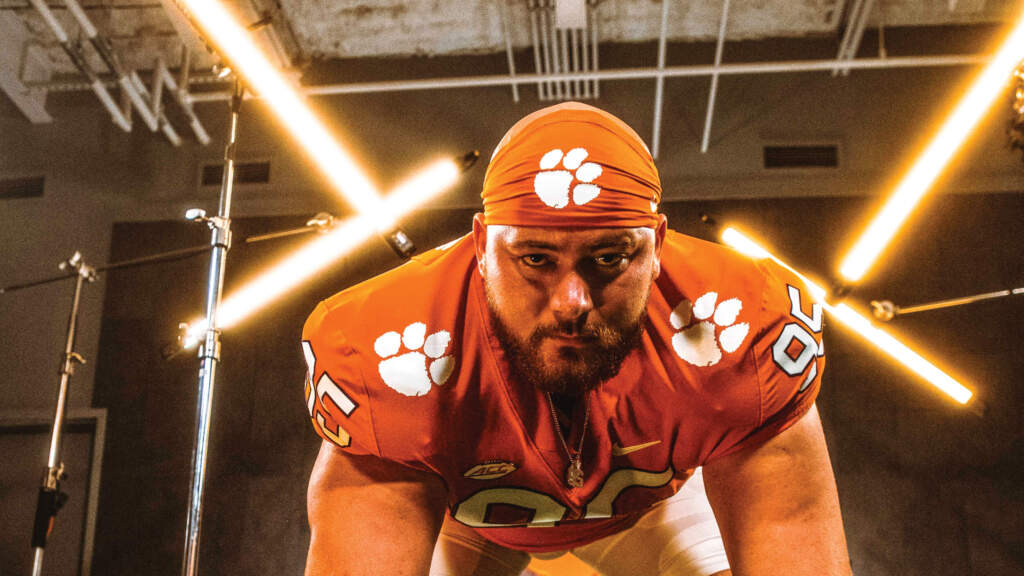