Jack McCall – More Than a Game

Jack McCall found his love of football a little later in life than usual. He chose to focus on lacrosse in high school, but he found his way back to the gridiron his senior year, when he lettered. During this time, he got in contact with Tiger Assistant Coach Mike Reed and decided that football was something he wanted to continue with in college and at Clemson University.

McCall decided during his freshman year at Clemson that he wanted to put in the work to walk on to the football team.

“Coach Reed and I had a relationship, and I told him I wanted to try and walk on to the team. He helped me with the process, and it took some time. I had to get in shape physically and mentally, especially my freshman year when I worked in the weight room. I met the rest of the coaches and then tried out.”

The mentorship that grew over the next four years has been important to McCall and Reed.

“Since the beginning, it was one of those things that I believed in him, and he believed in me. We’ve had a lot of talks about things other than football…just about life. He took me under his wing as a father figure even before I was on the team.”

Reed has helped McCall grow as a player and as a person, alongside his other teammates.

As a fifth-year student, McCall reflected on his time learning and growing on the team. The program has taught him several things throughout his five years in Tigertown, not only about the game, but about the importance of surrounding himself with great people.

“With all the sweat and all the hard work you put in, it is hard, but it builds such a strong brotherhood. After a long day of practice, we’d get back in the locker room tired and everyone has a smile on their face. We’re all laughing…those are my brothers. You forget about time for a little while.”

The brotherhood that the team has brought him is better than he could have imagined, and he knows he will miss it.

McCall shared a piece of advice for the younger Tiger players.

“Take it one day at a time. You can’t look too far ahead. You have to focus on that day and that step and don’t get too ahead of yourself. You have to have fun.

“At the end of the day, it’s just a sport that we love and it’s no different than when we were playing back in youth football. You just have to have fun with it.”

This outlook has kept #26 positive over the years, and he hopes others can enjoy the team and the game as much as he has.

McCall has some big decisions to make after the season about his future. His looming graduation in May has him pondering what he plans to do after college.

“All the strength & conditioning coaches have inspired me to go into that profession. If I can be that same kind of person for someone else, I would like to pay it forward with a younger generation.” 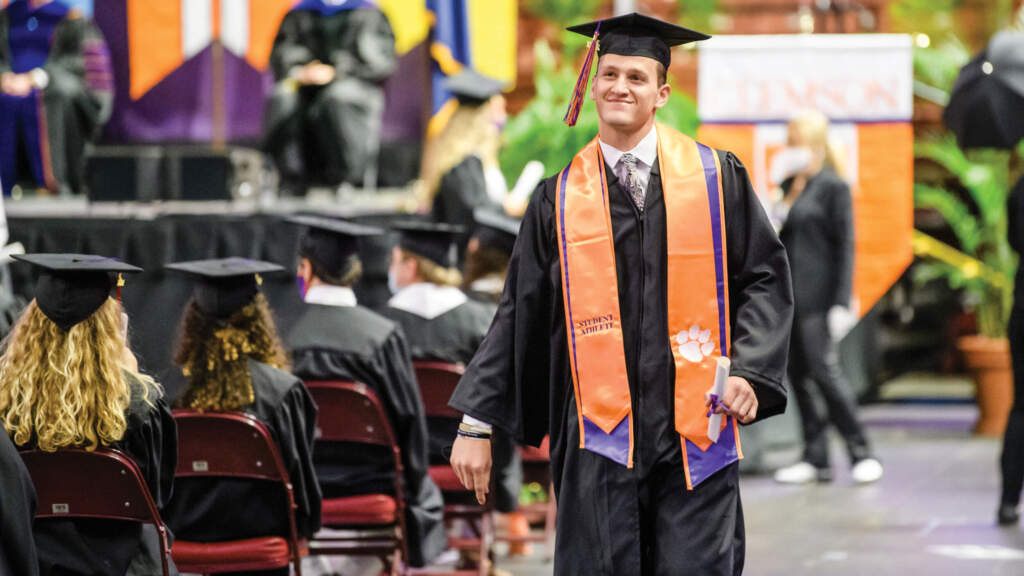