Jack Maddox – The Pressure of Perfection

The life of a long snapper can be a hard and lonely one. Long snappers can go their entire career without getting any credit, but make one mistake and they can get all the blame. For graduate Jack Maddox, he embraces the pressure of having to be perfect on every snap.

The 6’3”, 235-pound Tiger played defensive end and tight end at Acton-Boxborough Regional High School in Massachusetts. Long snapping was always in the back of his mind, but he never thought about the journey that long snapping would take him on.

“Long snapping was kind of a fluke talent I had. I did not take it seriously until my junior year of high school.”

Maddox found out about Clemson through his uncle, a professor at the university. During the summer before his junior year while Maddox was visiting his uncle in the area, he decided to attend Dabo Swinney’s camp. After a strong showing at the camp, he was told to come back the following year. Maddox prepared year-round knowing that if he wanted to play college football, this was his way in.

“My dream was always to play college football, but I had no intention of long snapping until I realized my path forward.”

The following summer after a year off honing his craft, he came back to Swinney’s camp and had another strong showing. He finally earned his opportunity as a Tiger.

“I was snapping into a baseball net for months preparing for the opportunity to perform in front of Coach Swinney, and the rest is history.”

Maddox made the move from the Northeast to the foothills of Upstate South Carolina. After three years at Clemson, Maddox was rewarded at the start of the 2020 season with a scholarship as well as the starting job at long snapper, proving that all of his practice had paid off. To Maddox, it was a symbol of trust between him and the coaches, and it was a sign that he was an elite long snapper.

“It was cool…I was going into my senior year. I put a lot of work in, and as a specialist to earn a scholarship, you have to be that guy. So it was a nice cherry on top of three years of hard work.”

Maddox embraces the role of being the unsung hero and wants to be under the radar, hopefully for the rest of his career.

“No one knows who I am unless I mess up. I am an integral part of the team, but in long snapping, you want to keep your name out of the newspaper. I want to do my job and be in the news in other ways, such as recovering fumbles and making tackles on special teams. At the end of the day, I just want to help the team win any way I can.”

Earlier this season against Georgia, Maddox made the stat sheet in a positive manner, as he recovered a fumble on special teams, proving that long snappers can impact the game in different ways.

Maddox and his fellow members of the “Battery,” including punter Will Spiers, placekicker B.T. Potter and holder Will Swinney, share a special bond.

“We take pride in that it is one cohesive unit, not three separate parts, and we all need to be on top of our game, so we share a really special relationship. We like the pressure of having to be perfect. We all played other sports, so it is nice to have an athletic background as well as a competitive nature that we all share.”

Maddox has enjoyed many memorable moments at Clemson. He has been a member of four ACC championship teams, four College Football Playoff runs and one national championship. Maddox has loved all of those moments, but a few stand out the most.

“Chase Brice was my roommate, so that game in 2018 against Syracuse was awesome. Seeing how that became a perfect 15-0 season and winning a national championship was special.”

“The most surreal moment was playing in an overtime game at Notre Dame. As a kid, you dream about playing and contributing in those big-game atmospheres, especially at a place like Notre Dame that is rich with tradition.”

Maddox has learned from Clemson’s head coach that in order to be successful, you have to put the work in every day.

“Coach Swinney taught me that to be great, you have to put the work in every day to be great. You may not see the results right away, but you have to build on your work each day, and eventually it will all pay off.”

Maddox’s perfectionist attitude does not just apply to the gridiron. He is a four-time ACC Academic Honor Roll member and won the 2020 P.A.W. Journey Service Above Self Award, as he accumulated over 300 service hours that included trips to Thailand and Costa Rica. He also worked as an intern for United Way.

After graduating in May with a degree in political science, Maddox is on his way to earning his MBA in December 2022. After football is over, Maddox aspires to have a career in defense contracting. 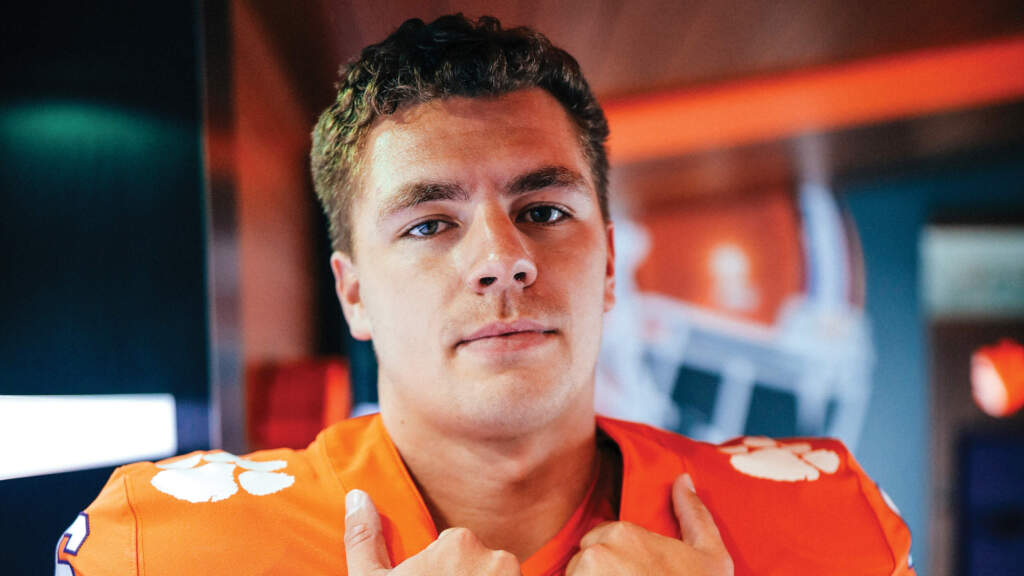