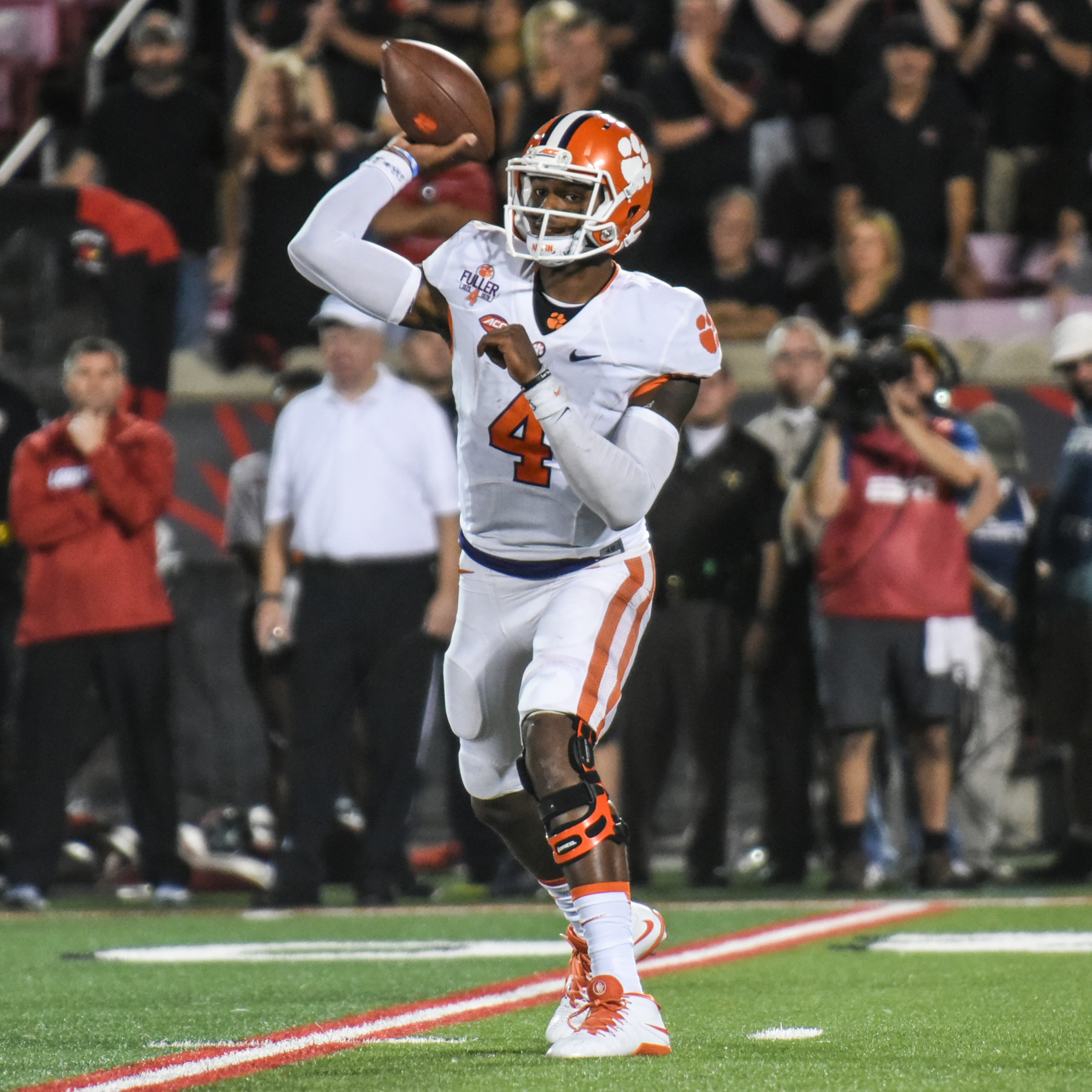 As the Tigers go through a bye week, Tiger quarterback Deshaun Watson provided his own grades on how he thinks the football team is faring so far. The Tigers are currently 3-0 and in the top 15 in both the coaches (10) and AP (11) polls. The next time the Tigers hit the field will be Saturday, October 2 in a primetime showdown in Death Valley against Notre Dame, who ranks sixth in the latest AP poll. The game was announced Monday as an 8 p.m. kickoff and will be broadcast by ABC.

“I would give the offense a solid A. With all of the injuries and the younger guys playing, a lot of guys haven’t been in these types of situations before. Having injuries to veterans like Ryan Norton and Mike Williams made the younger guys have to step up early. We’ve been doing well so far, and the coaching staff has helped us do well. We will just keep getting better.”

Point of Emphasis Offensively: “Being more patient and taking what the defense gives us. We want to get more plays, of course, and increase the tempo.”

Key Player to Watch Offensively: “Really, the whole offense is something to watch, but if you want to get specific…”

Artavis Scott: Playmaker. Whenever the ball is in his hands, he is going to make something happen.

Wayne Gallman: He is a train, he is going to find the hole and get yards. He is very fast.

Mitch Hyatt: Freshman who has been lights out so far, really playing well.

Eric Mac Lain: One of the best O–linemen. Super smart and knows the game.

Jay Guillermo: He’s been the leader of the o-line so far, especially against Louisville.

Tyrone Crowder: Another guard who is big and is going to make plays happen by creating holes.

Joe Gore: A veteran senior who is really protecting my outside and making sure everyone else is communicating.

Hunter Renfrow: Fast receiver with the ability to make plays.

“The defense gets an A+. Wofford rushed for over 200 yards per game (last season), but our defense held them to about 120 (123 to be exact). App State passed the ball for about 300 (287 to be exact) yards in its opener, but our defense held them to 95. Same with Louisville, they rush the ball a lot, but they only got about 90 yards (actually 19!). The defense has been stopping people and doing a great job. They have been lights out these three weeks, they’ve been solid and proven people wrong. The whole defense has been top notch.”

Shaq Lawson: He is a freak on the D-Line, making plays. He is one of those guys that is going to stand out.

Ben Boulware: He’s an animal and he is very smart and wise.

Jayron Kearse: He’s going to give you everything he’s got; very athletic, tall, fast and can hit.

“The fans deserve an A+…well, an A+++. They’ve sold out so many games; they travel well and support us very well. We really appreciate the love and support the fans show us. It makes us want to perform well for them and for ourselves.”