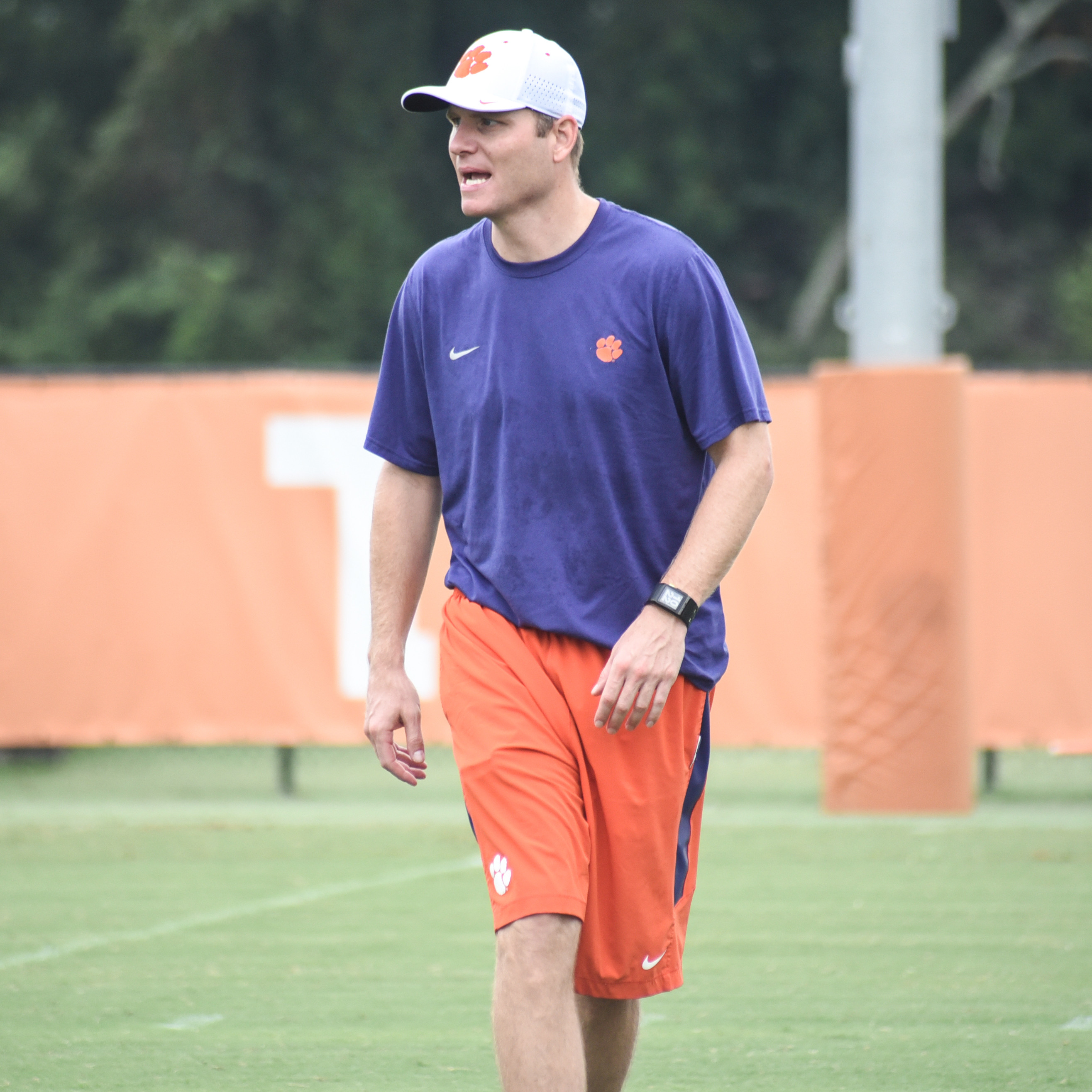 In His Element: Brandon Streeter

As the heat bore down on the Jervey Meadows practice field, coach Brandon Streeter remained calm, cool, and collected; he was in his element. His blood has run orange since the day that he walked on to the field as a Clemson Tiger in 1996.

In December 2014, Streeter was thrust into the positions of quarterback coach and recruiting coordinator for the Tigers and since that day has never looked back.

His first big task? Coaching in the Russell Athletic Bowl, where the Tigers went on to beat the Oklahoma Sooners, 40-6.

“I had to absorb the offense in a couple of weeks, and I just loved every minute of it,” he said. But underneath the excitement of coaching a win in his first game, lays the hard work, the determination, and the internal hunger to get to where you want to be. For Streeter, there was never a doubt in his mind, coming home to coach at Clemson has been “unbelievable and a dream come true.”

As a player, Streeter broke or tied 11 Tiger records when his career ended, passing for 3,506 yards and 17 touchdowns. He was also a three-time member of the ACC Academic Honor Roll and lettered three times.

Due to a couple of major injuries and subsequent comebacks in his career, he was the inaugural winner of the Brandon Streeter Award in 1999. The award is annually given in his honor to a student-athlete in any sport who succeeds athletically despite an injury. Streeter has strong feelings on how the award came about.

“It was pretty special for them to name an award after someone who gets hurt and perseveres through injury and continues to work hard to get better and play.”

He also takes the time to reach out to each recipient.

“Each year I write a note (to the winning athlete) just to encourage them and congratulate them on why they are getting that award … it’s special to have that here at Clemson.”

Before he became a coach at his alma mater, Streeter coached quarterbacks at Charleston Southern, Liberty University and the University of Richmond. After gaining valuable experience at each of the three schools, it is safe to say Clemson’s current quarterbacks are in good hands under the instruction of Streeter.

Streeter has a positive and constructive viewpoint on each of his quarterbacks:

Heading into his first full season, Streeter is optimistic about the position.

“Every quarterback has his own personality, and they all feed off each other, which makes them a unique group,” he said. “These guys care (about the team) and they care about each other.”

“It’s all about asking questions as well, this has been a big learning experience for me,” Streeter said.

And with that, as the sun continued to beat down on him, Streeter flashed an endearing smile and went off to make sure he was doing everything he can to make Clemson football, and his quarterbacks, the best they can be.