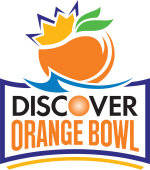 With the Tigers heading to the Discover Orange Bowl to play West Virginia on January 4, 2012, the Clemson Athletic Ticket Office is taking ticket requests until Friday, December 9 at 5:00 p.m.

The Orange Bowl allotment includes 17,500 tickets for the game. Prices range from $75 in the upper level to $225 in the lower level. Detailed information on pricing and seating locations can be viewed once logged into the ticketing system.