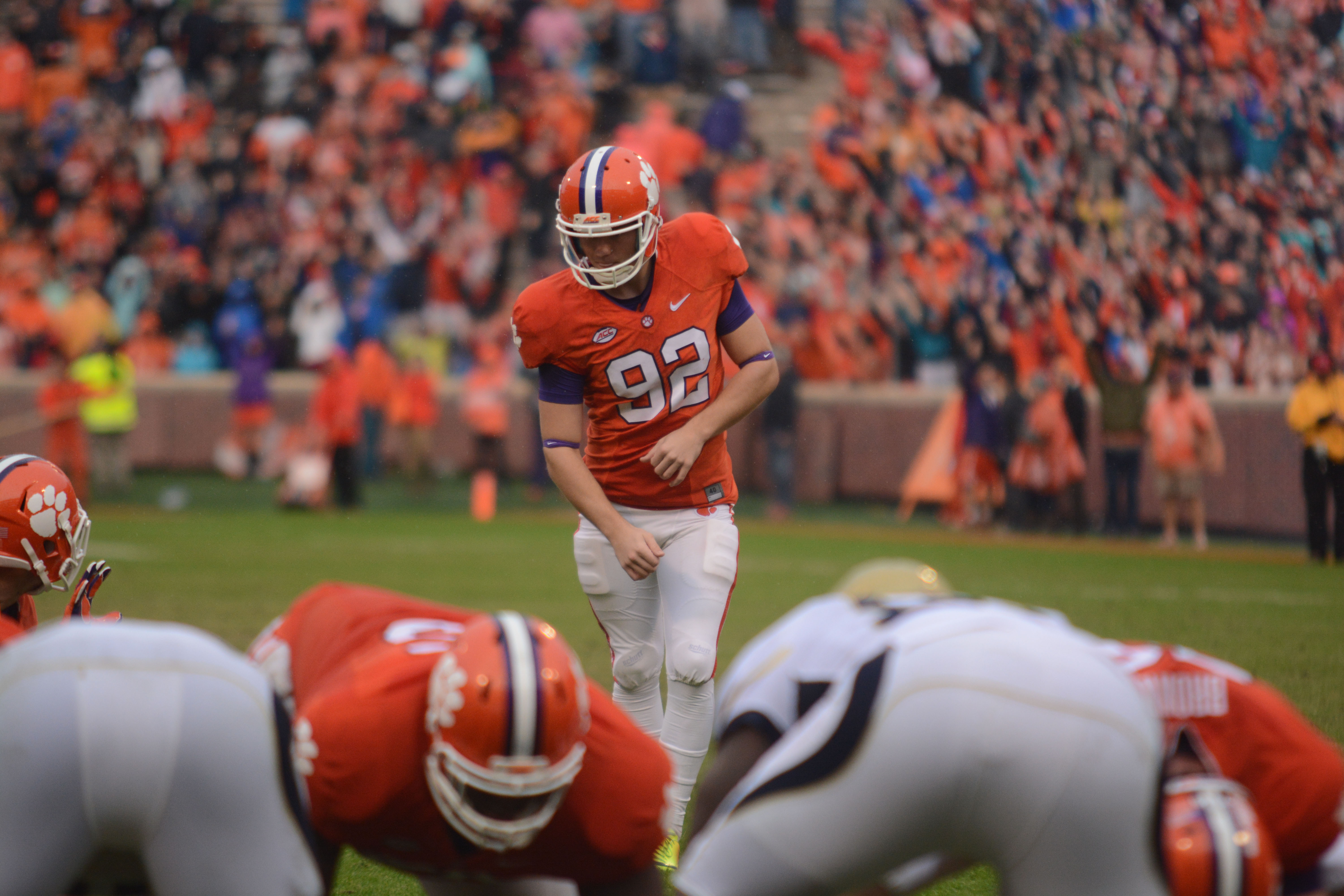 Clemson, S.C.—Clemson sophomore kicker Greg Huegel is one of 20 semifinalists for the Lou Groza Award. The award is given each year to the top place kicker in college football. It is named in honor of the former Cleveland Browns great Lou Groza who played 21 years in the NFL.

Huegel is one of just two ACC players on the list, as he is joined by Virginia Tech kicker Joey Slye.

Huegel has also excelled in terms of kickoffs this year and is a major reason Clemson ranks fourth in the nation in fewest kickoff return yards allowed per attempt. He has 49 total kickoffs and 24 have been touchbacks. Opponents average just 14.8 yards per kickoff return against Huegel’s kickoffs so far this season.