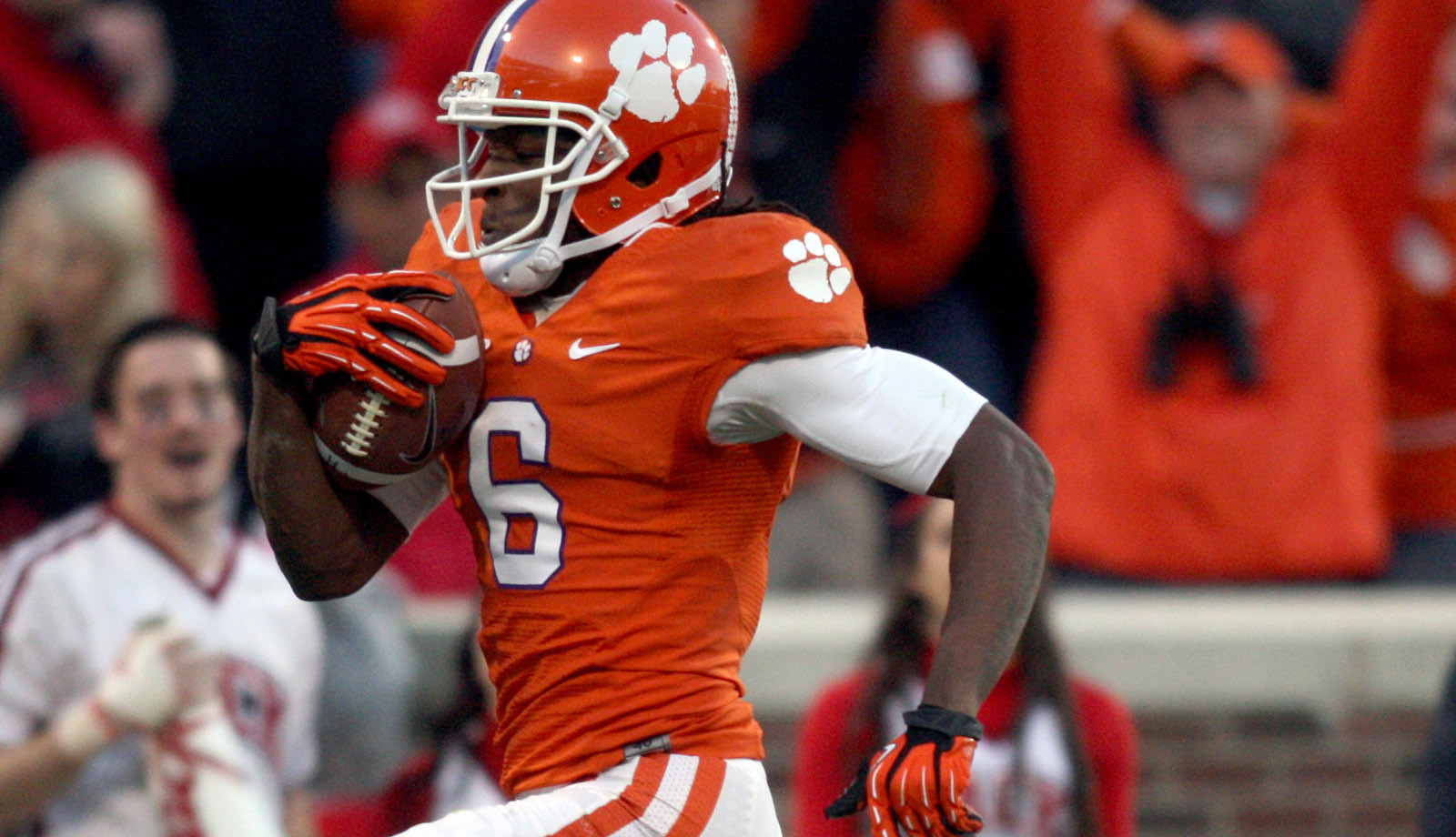 CLEMSON, SC – Clemson wide receiver DeAndre Hopkins was named a second-team All-American by CBS Sports on Monday. He was one of seven Clemson players named first-team All-ACC by the same media organization.

Hopkins was one of six Tigers on the first team offense as he was joined by quarterback Tajh Boyd, running back Andre Ellington, tight end Brandon Ford, center Dalton Freeman and tackle Brandon Thomas on offense. Safety Rashard Hall was named first team All-ACC on defense.

Hopkins is the third Clemson offensive player named to an All-American team this year. Boyd and Freeman were both named first-team All-Americans by the American Football Coaches Association last week.

Hopkins finished the regular season with 69 receptions for 1214 yards and 16 touchdowns. His 16 touchdowns rank second in the nation and are just one short of the ACC single season record of 17 set by Duke’s Clarkston Hines in 1989. Hopkins has already set the Clemson season touchdown record and he needs just six receiving yards to break Sammy Watkins record of 1219 set last year.

The native of nearby Central, SC averages 17.6 yards per catch and is eighth in the nation in reception yards per game at 101.2. He has 18 catches of 25 yards or more this year, second in the nation, and also has the lead in touchdown catches in the first half this year with 12.

Twice this year, against Ball State and Duke, Hopkins had three touchdown receptions in less than nine minutes.

Hopkins has caught at least one touchdown pass in nine straight games, tying the ACC record of nine in a row set by Herman Moore of Virginia in 1990.