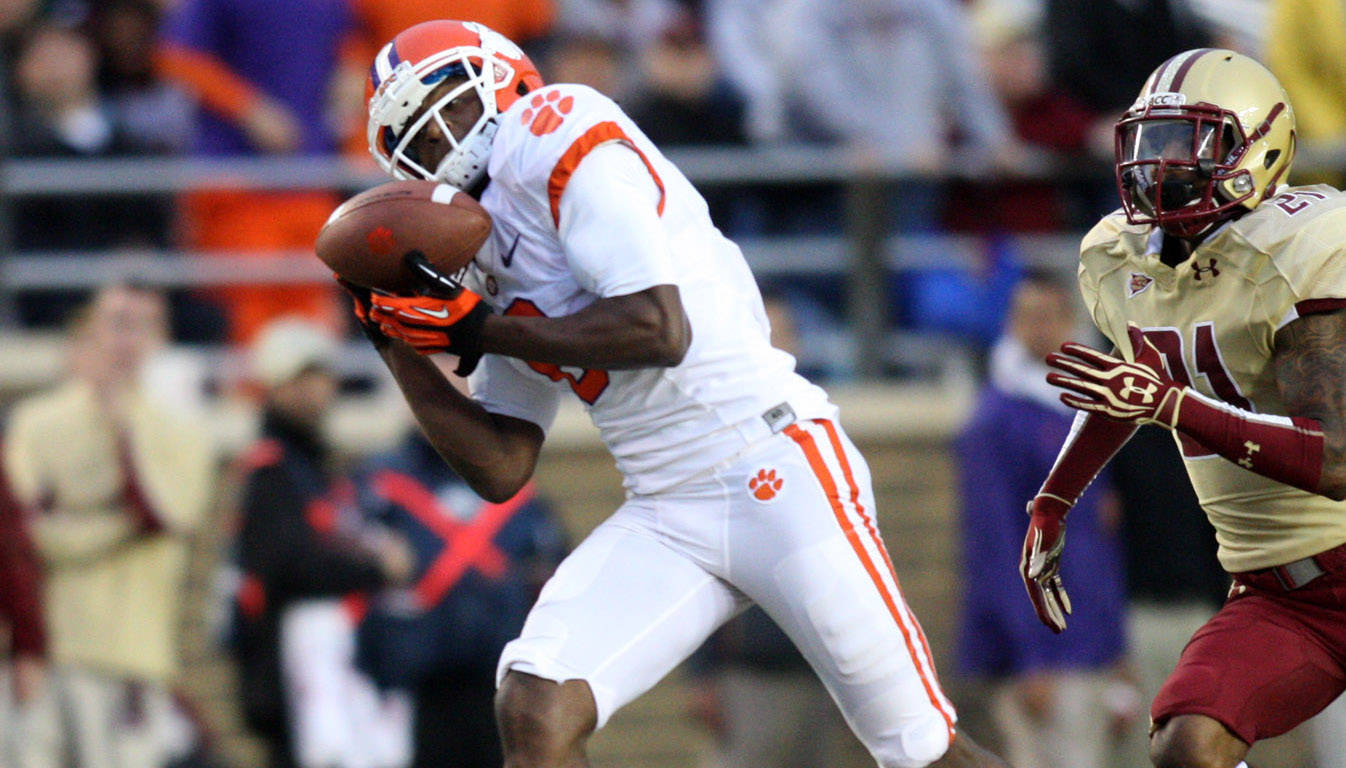 CLEMSON, SC – Clemson wide receiver DeAndre Hopkins has been named a mid-season first-team All-American by CBSSports.com. Hopkins was one of just two ACC players on the first team as he was joined by North Carolina offensive guard Jonathan Cooper.  Hopkins was joined by Stedman Bailey of West Virginia and Marquise Lee at the wide receiver position.

Hopkins’ quarterback, Tajh Boyd, was named the midseason ACC Player of the Year by CBSSports.com. Boyd leads the ACC in total offense and ranks 11th in the nation with 328 yards per game. He is 19th in passing efficiency and he has thrown 14 touchdown passes. He had 460 yards of total offense and 397 yards passing in his most recent outing, a 47-31 win over Georgia Tech on October 6.

Clemson is 5-1 and ranked 13th by USA Today and 14th by Associated Press. The Tigers begin the second half of the schedule against Virginia Tech this coming Saturday at noon at Memorial Stadium.