Editor’s Note – This is the 40th anniversary of Clemson’s first national championship season in 1981. For each program in 2021, Tim Bourret takes us back to that season with features on players or games from the landmark year.

For 40 years, I have written about Clemson’s incredible run to the 1981 national championship. The team did not receive a single vote in the AP preseason poll, yet it won the title at season’s end with a 22-15 victory over perennial power Nebraska in the Orange Bowl. No other school on record has gone from no poll points to the national title.

There were many significant accomplishments during that season that have become more and more noteworthy as the years have passed.

Perhaps the most significant in its impact on the college game involved quarterback Homer Jordan. The native of Athens, Ga. started all 12 games that year and became the first starting African-American quarterback on a team from the South to take a program to the national title. He was just the second African-American quarterback from any school to accomplish the feat. Sandy Stephens, a Pittsburgh, Pa. native who led Minnesota to the national title in 1960, holds the overall distinction.

Jordan came to Clemson as a freshman in 1979, and he began that season as a backup quarterback behind Billy Lott and Mike Gasque. He got some playing time early in the season in a loss to Maryland, but he finished the year throwing only 11 passes. He completed six passes, three to teammates and three to opposing players.

There was a quarterback battle during 1980 spring practice between Jordan, Gasque and Andy Headen. The latter had a good spring and spring game, and at the end of spring practice, Head Coach Danny Ford named Headen the starting signal-caller.

If you look at the position listed for Jordan in the 1980 media guide, it reads defensive back.

But when camp opened in August, Ford decided to give Jordan another shot at quarterback. In the second scrimmage, one held on the practice fields and not in the stadium, Jordan ran the option flawlessly.

During the entire scrimmage, Jordan showed he had a sixth sense about when to pitch it and when to keep it. And he kept it a lot that day, as my stat sheet that I compiled while walking the sideline had him with 185 rushing yards.

When the closed-to-the-media scrimmage was over and I met Coach Ford for some quotes, the first thing he said was, “Hey, Tim, please don’t give the press Homer’s stats from today.” I was expecting that and smiled when he said it.

Ford knew he had a quarterback controversy on his hands. By the 1980 season opener against Rice, it was Jordan who was the starter and Headen was moved to defense. It proved to be a great move for both. Headen started during the 1981 and 1982 seasons at linebacker and went on to be a defensive end in the NFL, winning a Super Bowl with the 1986 New York Giants.

But in 1981, he would become the First-Team All-ACC quarterback, completing 55 percent (a good figure in those days) of his passes. He had 1,630 passing yards and 486 rushing yards directing the offense to 12 straight victories.

Jordan, who earlier in 1981 quarterbacked the Tigers to a 13-3 win over No. 4 Georgia, was named offensive MVP of the Orange Bowl victory over Nebraska that clinched the national title. On that hot night in Miami and in near exhaustion by the end of the game, Jordan made a key third-down run on Clemson’s last drive that allowed the Tigers to run the clock down to six seconds.

After the game, you could not find any quotes from Jordan because he was dehydrated and needed many bags of fluids from Fred Hoover’s capable staff. By the time he left the locker room, media members had returned to the press box to author their stories.

You also will not find any references to Jordan becoming the second African-American quarterback to lead a program to the national championship, including the first at a Southern school.

People did not make a big deal about it because Stephens had led Minnesota to the 1960 title. It was the biggest win in Clemson history, and just as big a win for Jordan and his race. We realized the former immediately, but it has taken many years to realize the latter.

And with Deshaun Watson leading the Tigers to the 2016 national title, Clemson joined Florida State as the only two programs in the nation to win multiple national titles with an African-American as the starting quarterback. 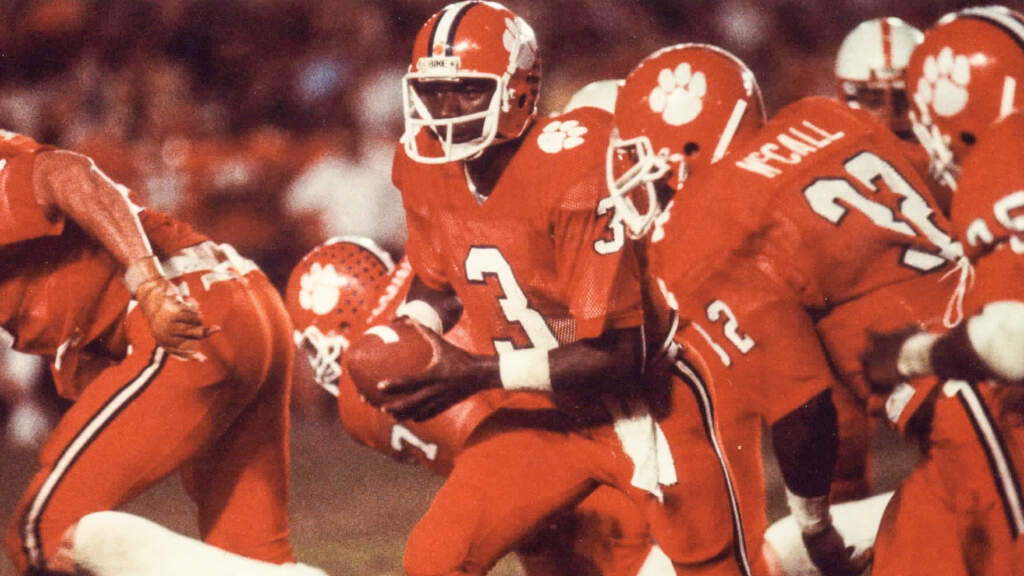