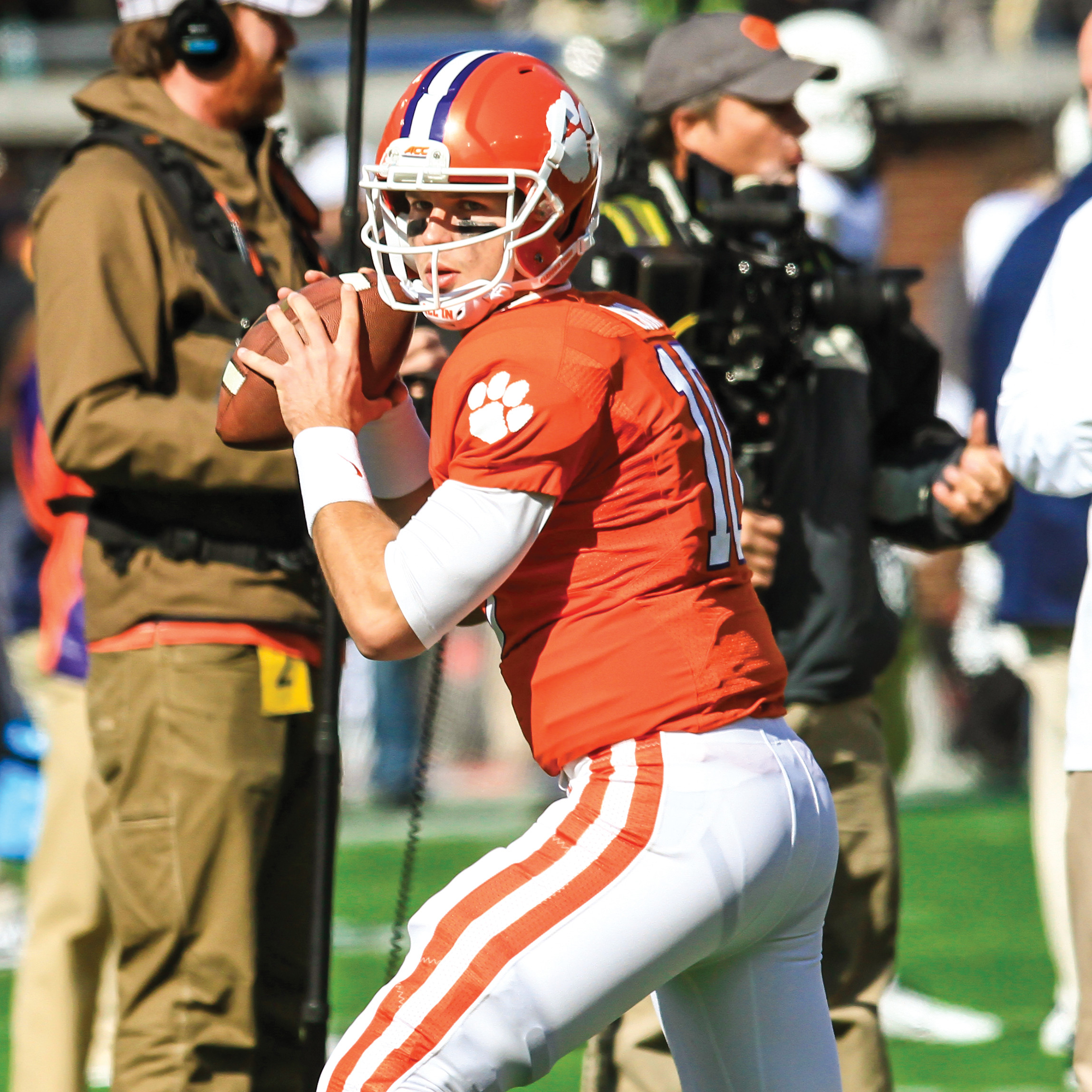 Who says you can’t go home again? Quarterback David Olson graduated from Irmo (S.C.) High School before he set out across the United States to begin his college football career at Stanford and eventually winding his way back to the Palmetto State.

A standout at Irmo High School, Olson was personally recruited by then Head Coach Jim Harbaugh to help lead the Cardinal to a Pac-12 Conference title. Olson was thrilled at the opportunity to play for such a prestigious program.

“I was recruited by Coach Harbaugh when he was at Stanford, and he really sold me on it,” stated Olson. “I didn’t have any hesitation to go there.”

In 2011, just a year after Olson arrived at Stanford, Harbaugh was hired by another West Coast team…the San Francisco 49ers. Current Head Coach David Shaw replaced Harbaugh, as Olson had to become accustomed to another coaching style.

Most of the quarterback drills consisted of eye discipline and footwork, which Olson was able to master before seeing action on Sept. 28, 2013 against Washington State. While he saw limited playing time during his four years at Stanford, he graduated with a year of eligibility left. When a player graduates with remaining eligibility, he is often times afforded the chance to play at another school. Olson began to search for colleges that needed immediate help, and Clemson fit the bill.

“I was really looking for an opportunity to be able to come in and compete at the quarterback position,” explained Olson. “After the Spring Game, there was an opportunity here, which ended up being close to home, so it worked out that way.”

The biggest difference between Stanford and Clemson has nothing to do with the football field. Each and every home game, Olson’s parents make the trek to the Upstate to watch their son run down the Hill.

“They were only able to travel to a couple of games a year and the bowl games while I was at Stanford, so having them able to watch me every weekend here is really special,” said #10. “When I was transferring, my parents were really supportive of the whole process. I get to see them every weekend and every game, so that’s a big influence on me.”

With his playing career winding down, Olson is turning to the future, a future he hopes is full of football. While he had not been set on coaching at the outset of his career, Olson admits it is an idea that has slowly grown over time.

“I think I’ve developed a strong sense of attention to details,” said Olson. “I’ve seen how practicing the right way can improve players and I’ve seen it in myself and my teammates. It certainly wasn’t an instant decision. When I can get into it, I can learn even more and hopefully be one of the greats.”

Having worked under three different coaching staffs, the Columbia, S.C. native recognizes that should only help his future endeavors. At Stanford, Olson was able to learn the pro-style offense, while Clemson utilizes more of a spread offense, helping to diversify his experience.

“When I went to Stanford, we had one coaching staff, and after my freshman year, we had a head-coaching change, so I was able to see two different staffs at the same school,” added Olson. “It has really let me see and choose the style and systems that I would implement in my own coaching style.”

Olson is not sure where coaching will take him, but he does intend to follow his dream, even if it takes him to the other side of the country.