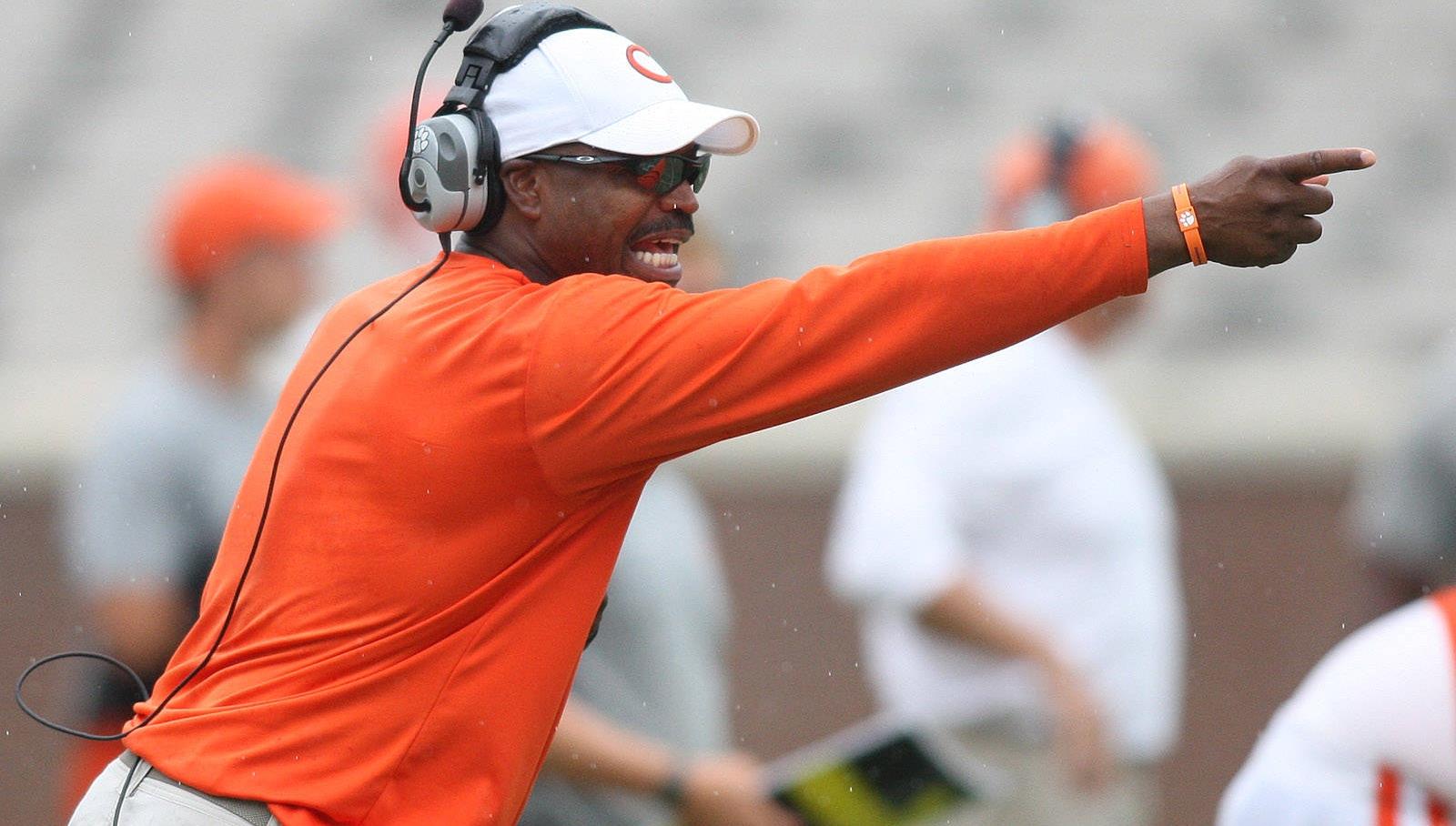 CLEMSON, SC – Charlie Harbison, Clemson co-defensive coordinator and secondary coach with the Tigers the last four years, has accepted an assistant coaching position with the same titles at Auburn. Auburn made the announcement on Sunday.

Harbison had been at Clemson under Head Coach Dabo Swinney since the 2008 Gator Bowl against Nebraska. Over the last four years he helped the Tigers to 36 victories and three ACC Atlantic Division championships. He also worked at Clemson as defensive secondary coach under Tommy West from 1995-97. He coached nine-time NFL Pro Bowl safety Brian Dawkins in his first year (1995).

“I want to thank Charlie Harbison for a great job the last four years,” said Swinney. “He has helped us immensely in all phases. He has been a tireless recruiter and coach who has represented this program with class. He is one of the most respected coaches in the business and we wish him well.”

Harbison coached Clemson’s defensive backs at practice on Saturday, Clemson’s first practice as it prepares for the Chick-fil-A Bowl game against LSU on December 31. But, he decided Saturday night to make the move to Auburn. Harbison has worked previously with new Auburn defensive coordinator Ellis Johnson.

“Charlie needs just a short period of time to be vested from a retirement standpoint in the state of Alabama and we understand it is a move that makes sense for he and his family,” said Swinney.

Swinney announced Sunday that Wesley Goodwin, who had worked in defensive research development, would move on the field to coach the secondary in the interim period. Graduate assistant Brian Mance will also continue to work with the secondary.

“We have begun the process to look for a new secondary coach. In the interim period Wesley will be on the field working with the secondary.”