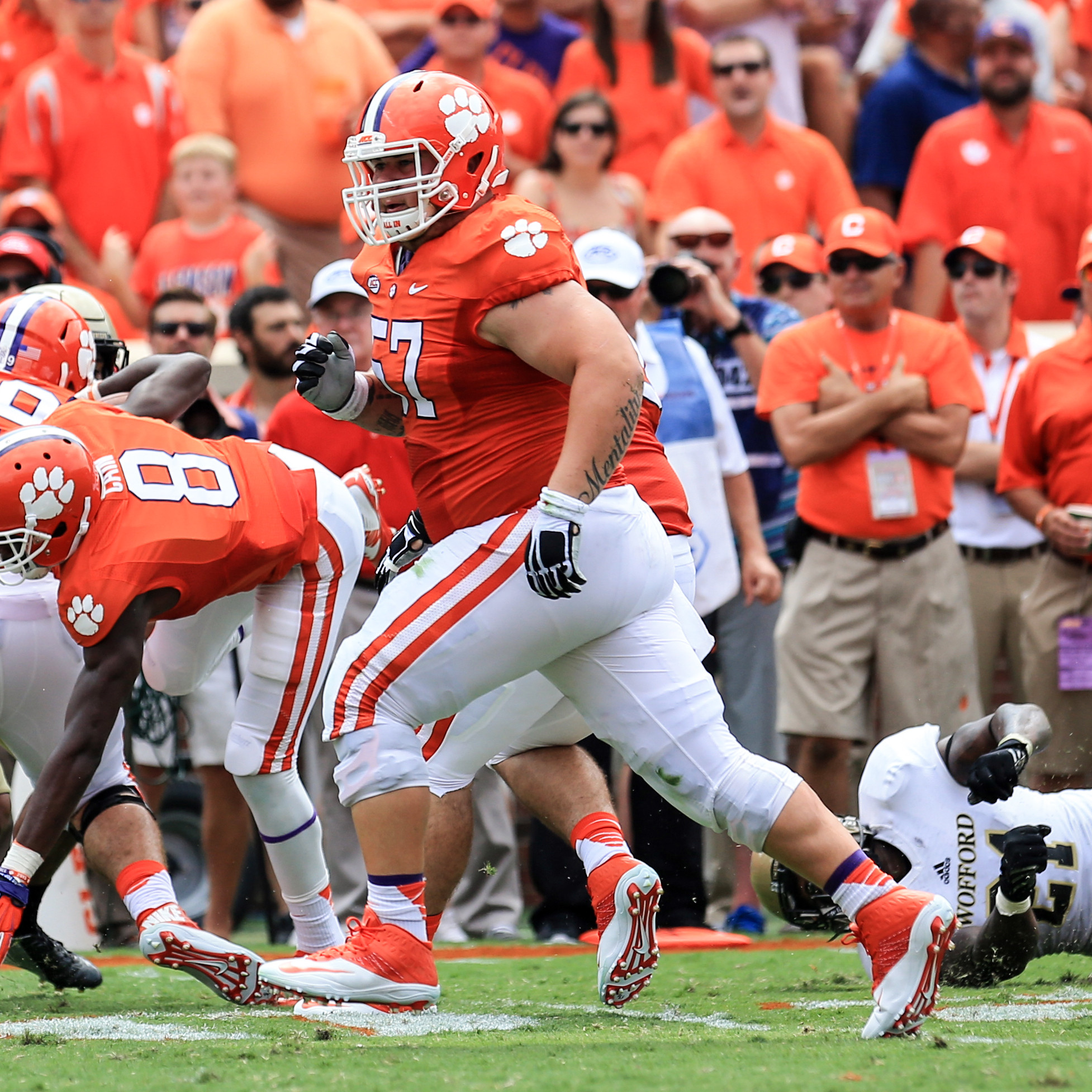 Clemson, S.C.—Clemson center Jay Guillermo has been named to the Watch List for the 2016 Dave Rimington Award.  The award is presented each year to the top center in college football and is given in honor of former Nebraska All-American Dave Rimington.

Guillermo was a second-team All-ACC selection last year when he helped the Tigers to a 14-1 record and the Championship game of the College Football Playoff.    Clemson was the first ACC school to gain at least 4,000 yards passing and 3,000 yards rushing in the same year.

The senior was named the ACC Offensive Lineman of the Week three times in 2015, the first time a Clemson player had been a three-time selection for that honor since Thomas Austin in 2008.

Guillermo has 14 career starts and 31 career games played.  He had 25 knockdown blocks and played 1,092 snaps last year.  One of his top games of 2015 came in the ACC Championship game victory over North Carolina when the native of Maryville, Tenn., had a 92 percent film grade for 98 plays from the Clemson coaches.

At the end of the season, Guillermo was named the most improved player on offense.