No. 1 Clemson’s High-Powered Offense Shines in 73-7 Victory over Georgia Tech

ATLANTA — Clemson piled up 52 points in the first half behind five touchdown passes from quarterback Trevor Lawrence in the top-ranked Tigers’ 73-7 win over Georgia Tech (2-3, 1-3 ACC) on Saturday. Clemson (5-0, 4-0 ACC) upped its school-best road winning streak to 14 games and its ACC-record regular season winning streak to 34 games.

Clemson’s 52 points were its most in a first half against an ACC opponent, breaking its previous record of 49 against Wake Forest in 1981. Lawrence was 22-27 passing for 391 yards and five touchdowns in the first half alone. Lawrence finished with a career-best 405 yards through the air.

Wide receiver Amari Rodgers found the end zone twice and recorded the third 100-yard game of his career in a career-high 161-yard performance. Running back Travis Etienne recorded a touchdown on 11 rushing attempts for 44 yards. He has now scored a touchdown in 40 of his 48 career games.

The Tigers’ defense forced three turnovers and totaled four sacks. This marked the 11th straight and 27th of its last 28 games that Clemson recorded multiple sacks.

Clemson opened the scoring when Lawrence found Cornell Powell for a five-yard touchdown. The Yellow Jackets responded with a 59-yard touchdown pass to even the score at seven apiece.

The Tigers came back on the first play of their ensuing possession with an 83-yard bomb of their own from Lawrence to Rodgers to start their run of 66 unanswered points. The play was the longest of Clemson’s season and the second-longest connection between the pair.

After a 4th down stop by the Tiger defense, Lawrence delivered a 34-yard touchdown pass to Davis Allen for his second career touchdown reception and second in as many weeks to give Clemson a 24-7 advantage.

Clemson will return home next Saturday, Oct. 24, when the Tigers take on Syracuse at Death Valley. Kickoff for that game is scheduled for noon ET. 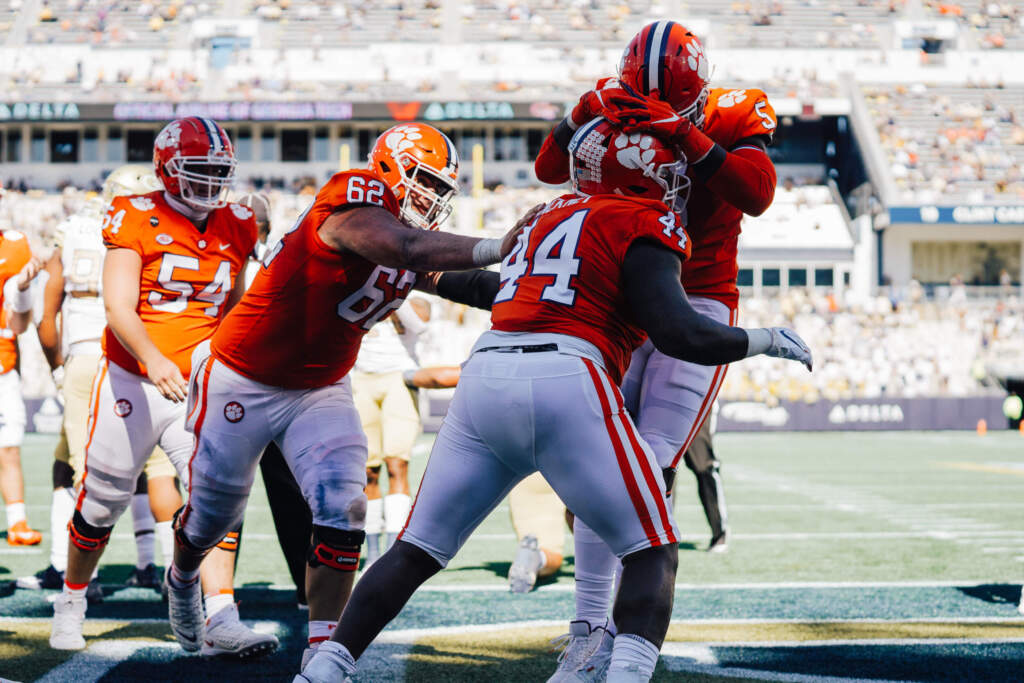 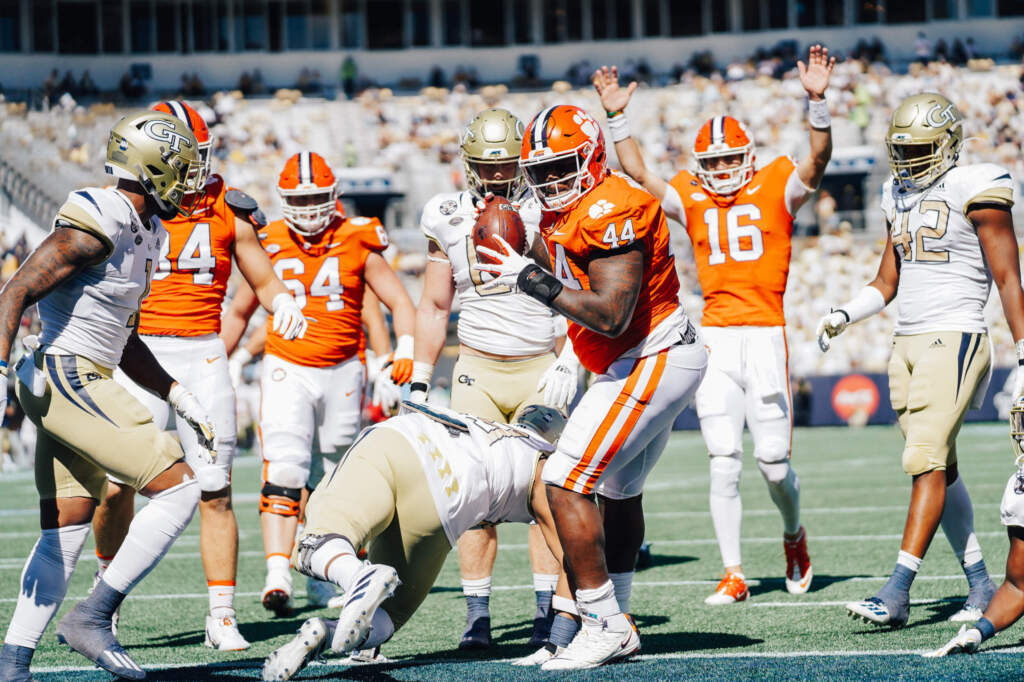 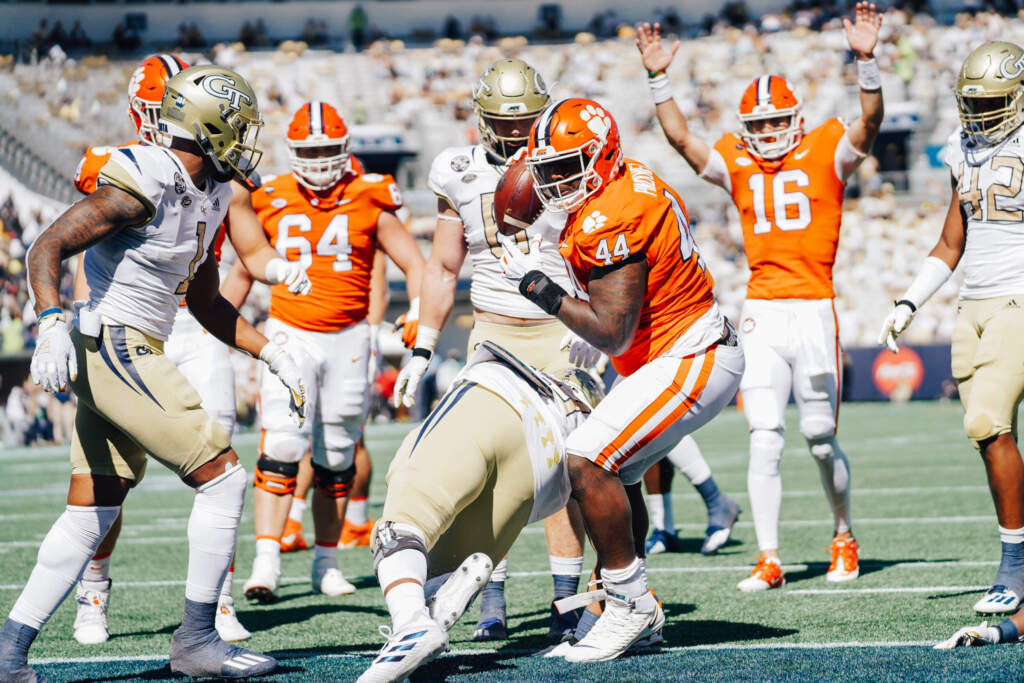 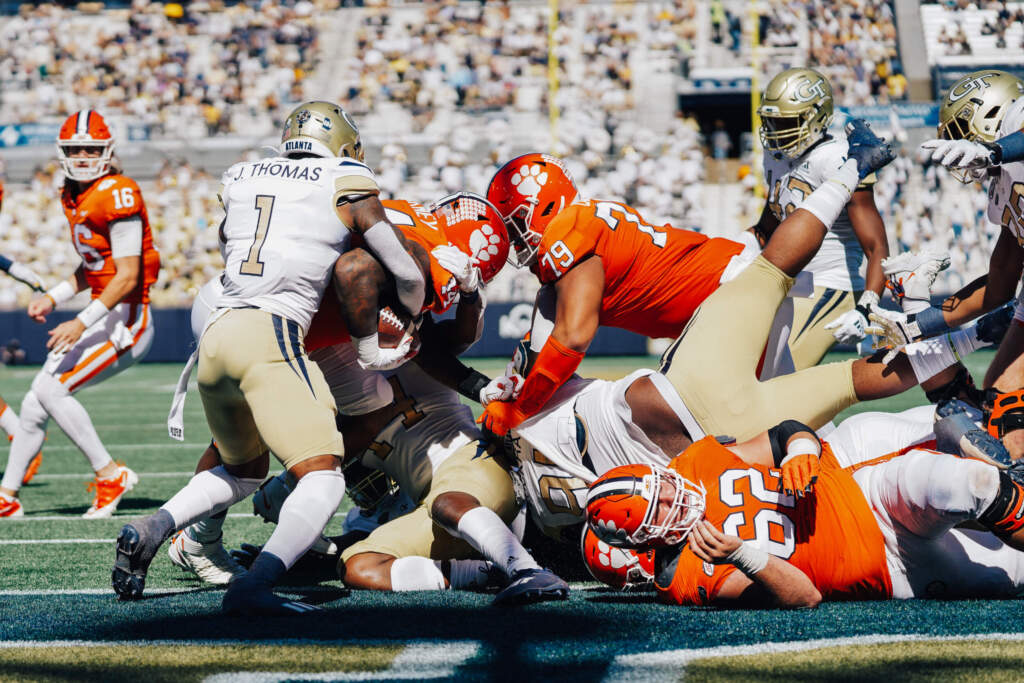 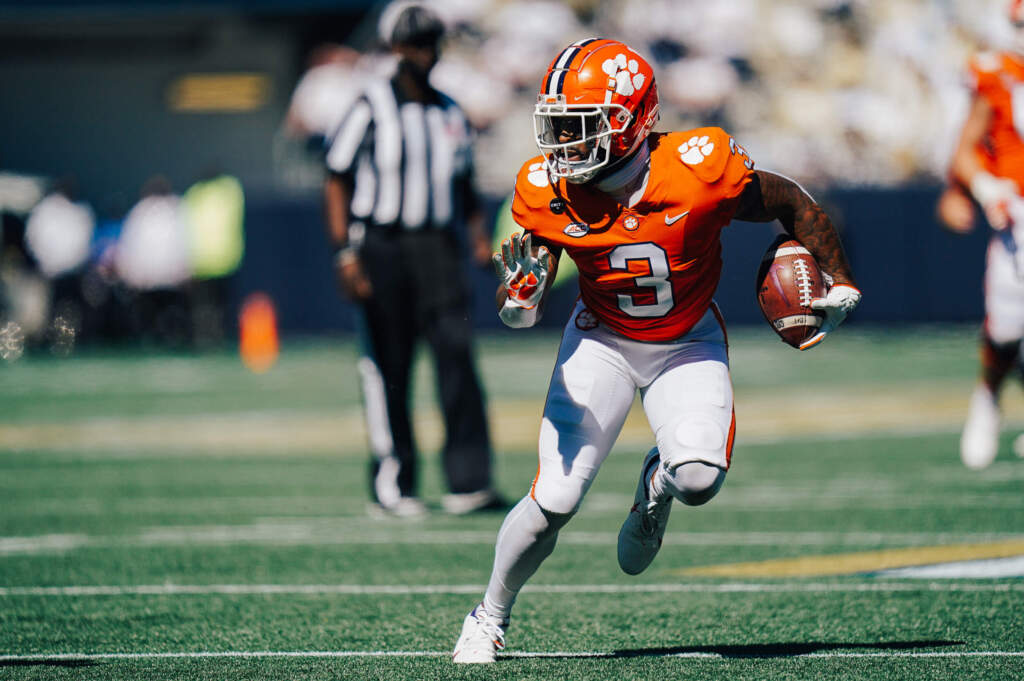 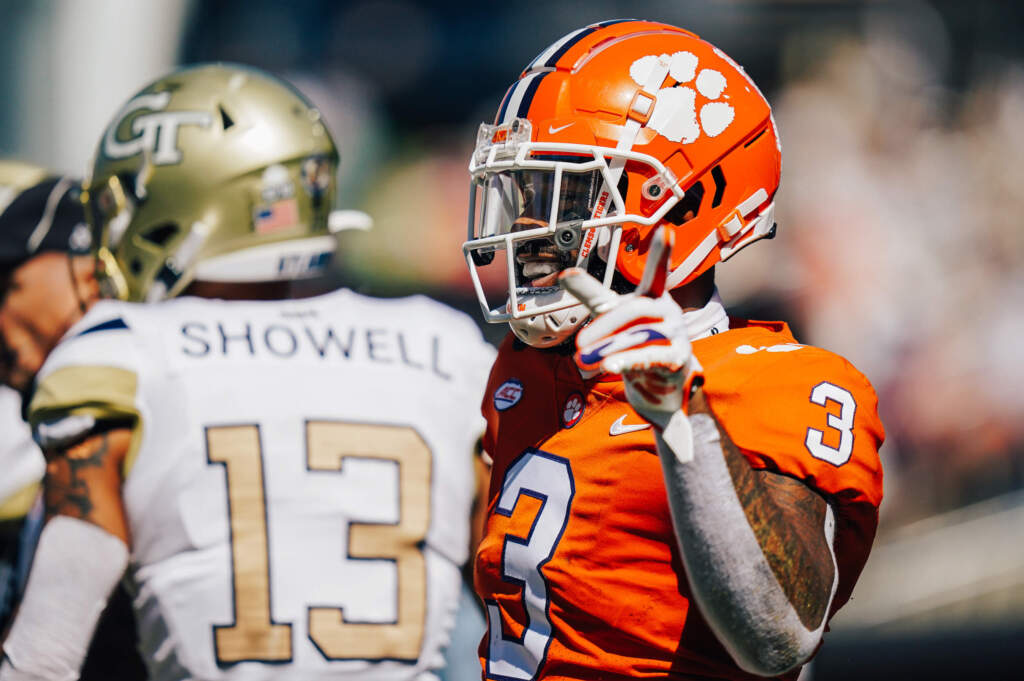 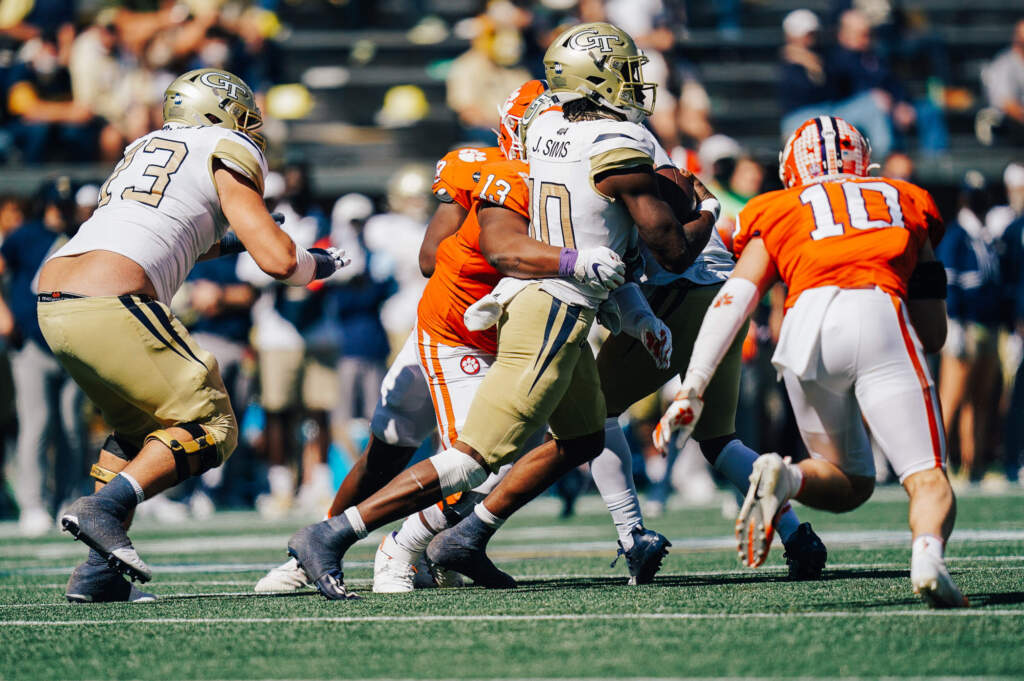 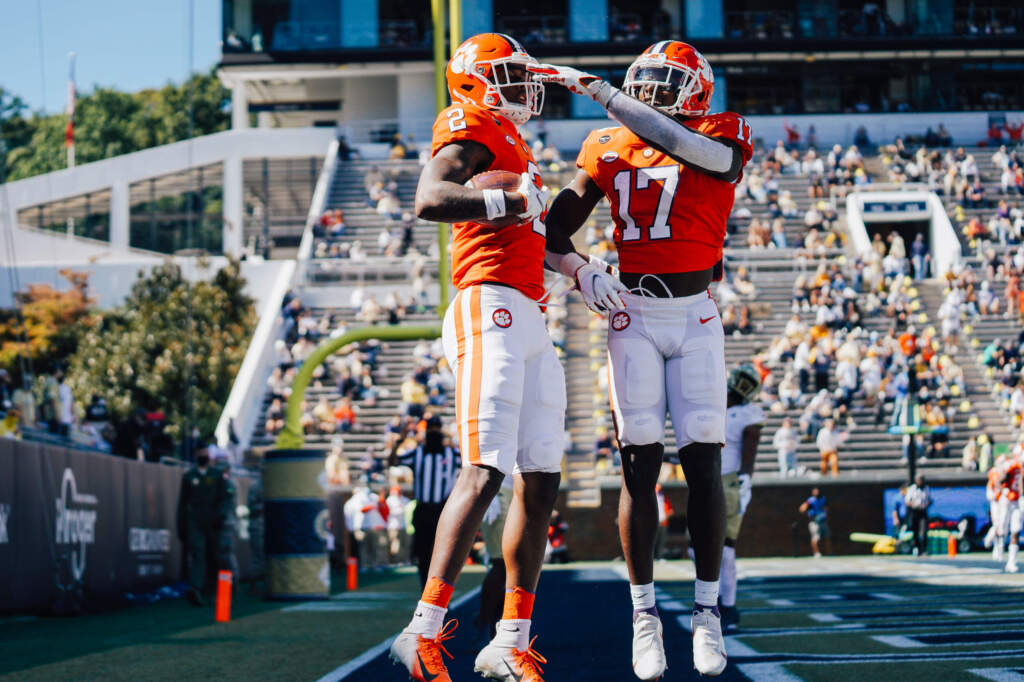 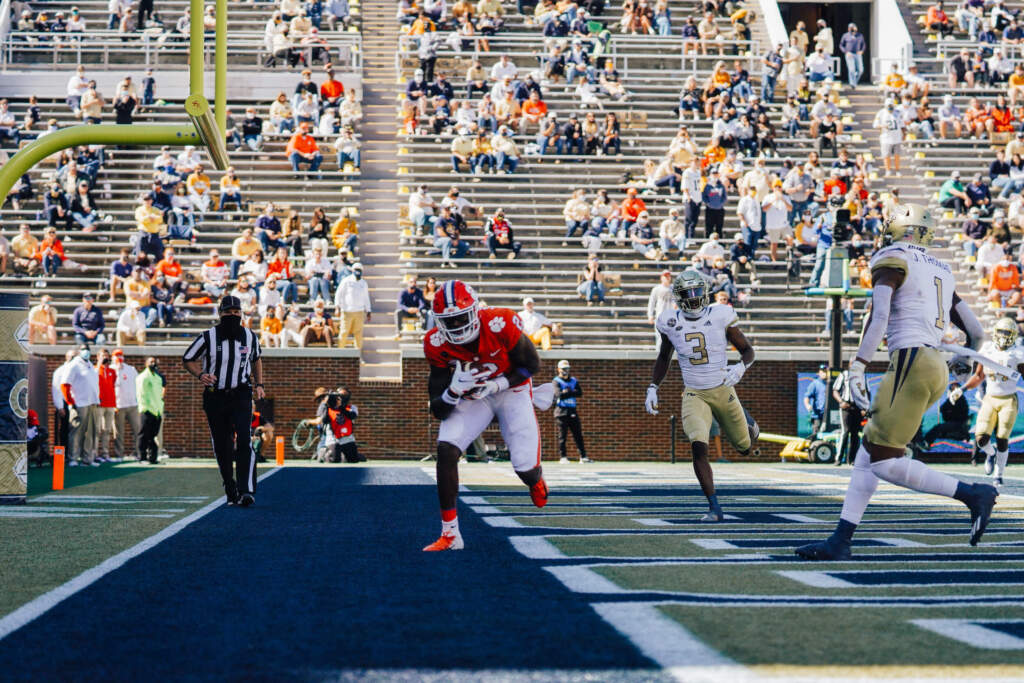 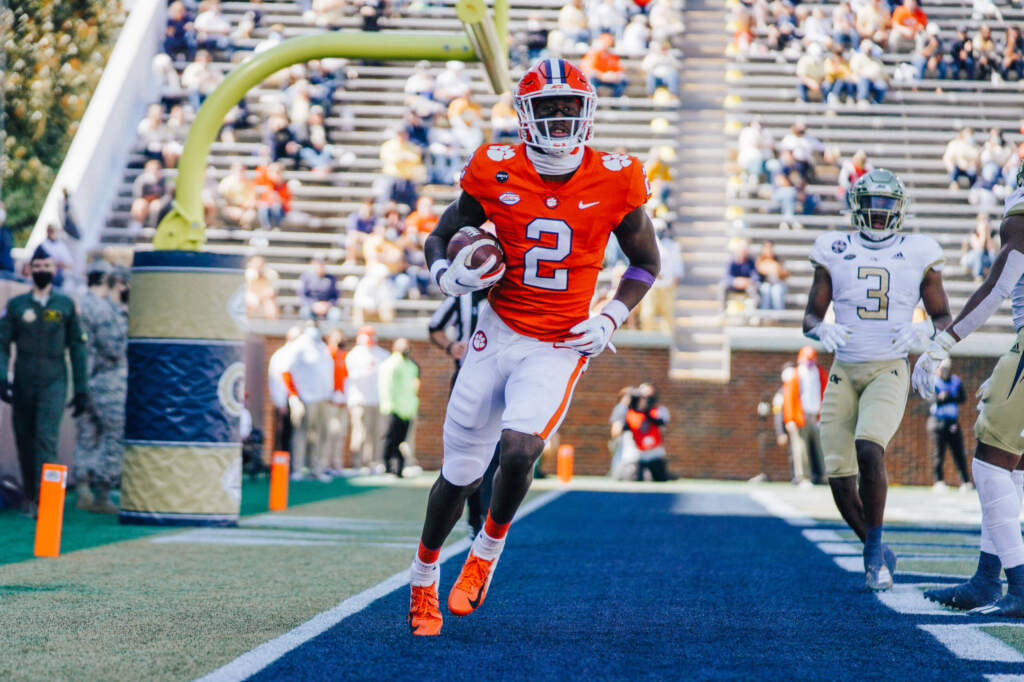 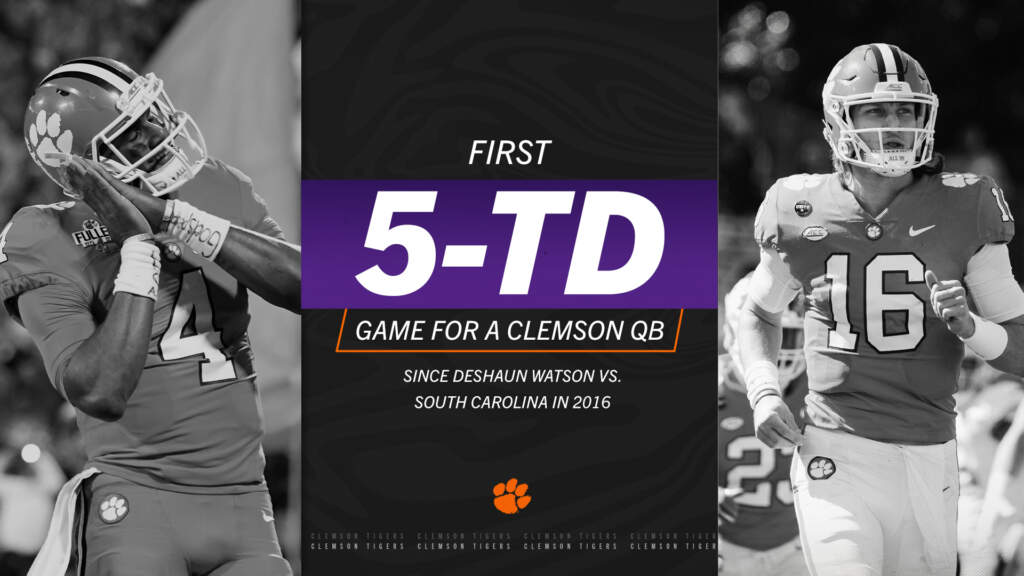