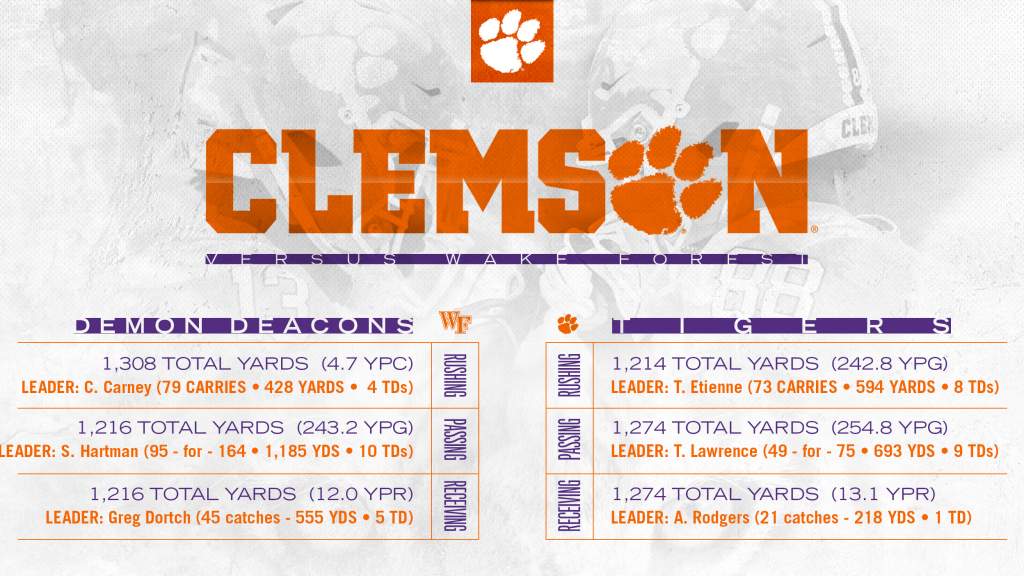 After completing a perfect 5-0 month of September in thrilling fashion last week, Clemson heads to Winston-Salem, N.C., this week to face the Wake Forest Demon Deacons on Saturday, Oct. 6. Kickoff from BB&T Field is scheduled for 3:30 ET.

Trailing 16-7 at halftime against Syracuse last week, Head Coach Dabo Swinney told Co-Offensive Coordinators Tony Elliott and Jeff Scott that it was time to lean on the team’s running game to deliver the win. The team did that, rushing for 293 yards in a 27-23 comeback victory.

Clemson has outrushed its opponents in all five contests this season, outgaining its foes on the ground by an average margin of 148 yards per game. Clemson opened the 2017 season by outrushing their opponents in the first six games last year, and the Tigers can match that streak in 2018 by outrushing a sixth consecutive opponent this week. The dominant rushing attack has been spearheaded by sophomore Travis Etienne, who posted only the 16th 200-yard rushing game in school history with 203 yards against the Orange last week. If he were to repeat the performance with another 200-yard day against Wake Forest, he would become the first player in school history to record back-to-back 200-yard rushing games.

“You saw the heart of our team today.” – Dabo Swinney on the win over Syracuse 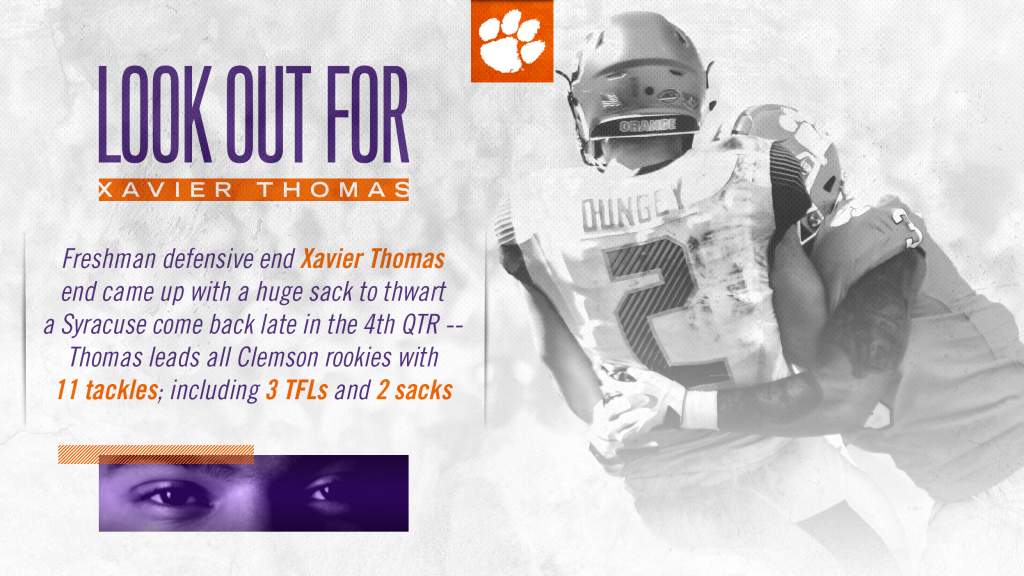