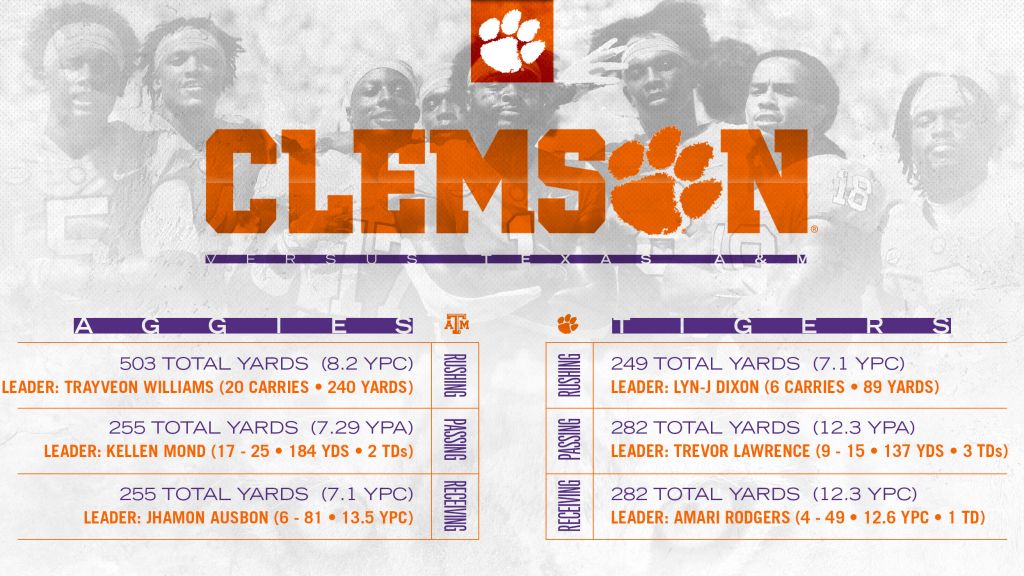 CLEMSON, S.C. –  The second-ranked Clemson Tigers will hit the road in search of the program’s first win in the state of Texas since the 1959 Bluebonnet Bowl when the team faces Texas A&M on Saturday, Sept. 8. Kickoff from Kyle Field is scheduled for 7 p.m. ET.

Last week, Clemson opened its season with a 48-7 home win against Furman. Head Coach Dabo Swinney, who was celebrating his 200th career game with Clemson since joining the program as an assistant in 2003, was proud of his squad’s efforts in all phases.

“We got better as the day went on and settled in,” Swinney said. “The biggest thing was complementary football — offense, defense and special teams.”

Defensively, the Tigers held Furman to 163 yards on 62 plays, an average of 2.6 yards per play. It marked the lowest yards-per-play average allowed by Clemson since holding Auburn to 1.8 yards per play in the second week of the 2017 season.

However, the victory was jumpstarted in part by momentum-building plays on special teams. Amari Rodgers recorded 87 yards on two punt returns, including returns of 25 and 62 yards that pushed Clemson to an early 10-0 lead. 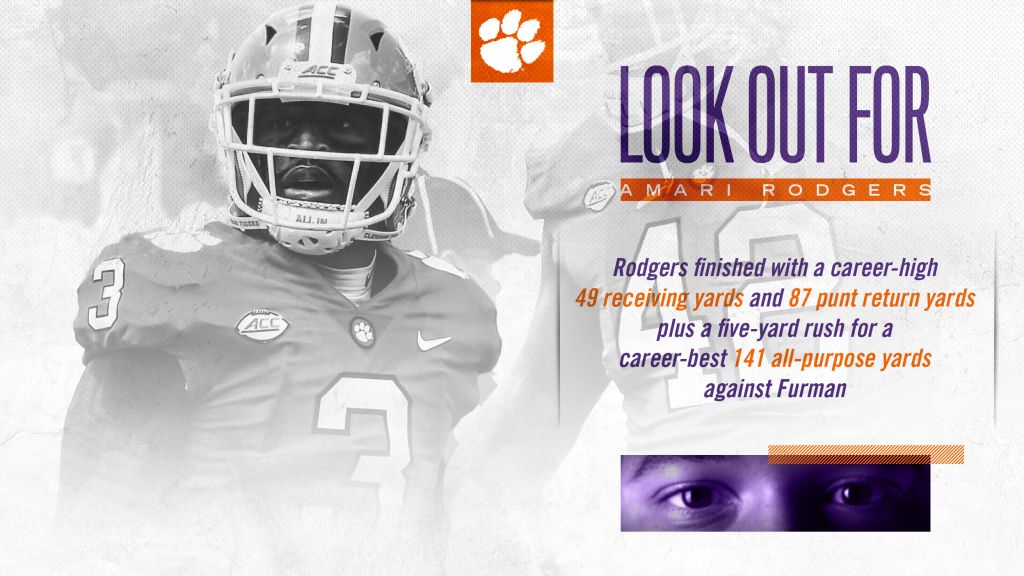