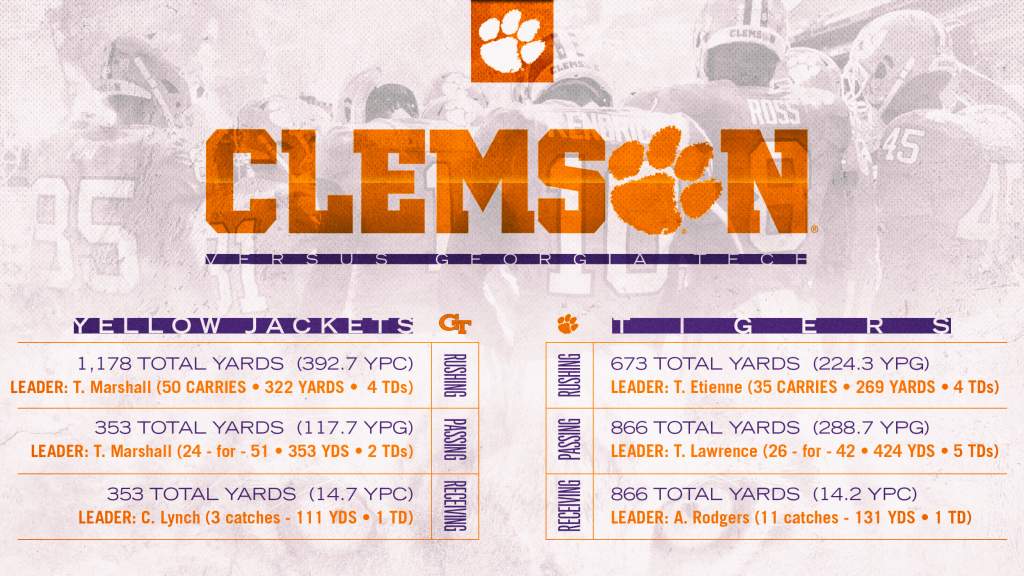 Conference play has arrived for No. 3/2 Clemson, which will square off against the Georgia Tech Yellow Jackets in Clemson’s 2018 ACC debut on Saturday, Sept. 22. Kickoff from Bobby Dodd Stadium in Atlanta is scheduled for 3:30 p.m. ET.

Last week, Swinney and the Tiger coaching staff publicly declared their intention to jumpstart the Clemson running game, and the Tigers delivered against Georgia Southern with their first 300-yard rushing game since the fourth game of the 2017 season. Running back Travis Etienne led Clemson with a career-high 162 yards on 16 carries. He eclipsed 1,000 career rushing yards on his final run and now sits atop the school’s all-time leaderboard for yards-per-carry average (7.29).

“We’ve gotten some good, quality experience under our belts in this first quarter of season, which bodes well for us entering conference play. There have been lots of positive takeaways from the first three games, though… Our next goal is to win the division.” 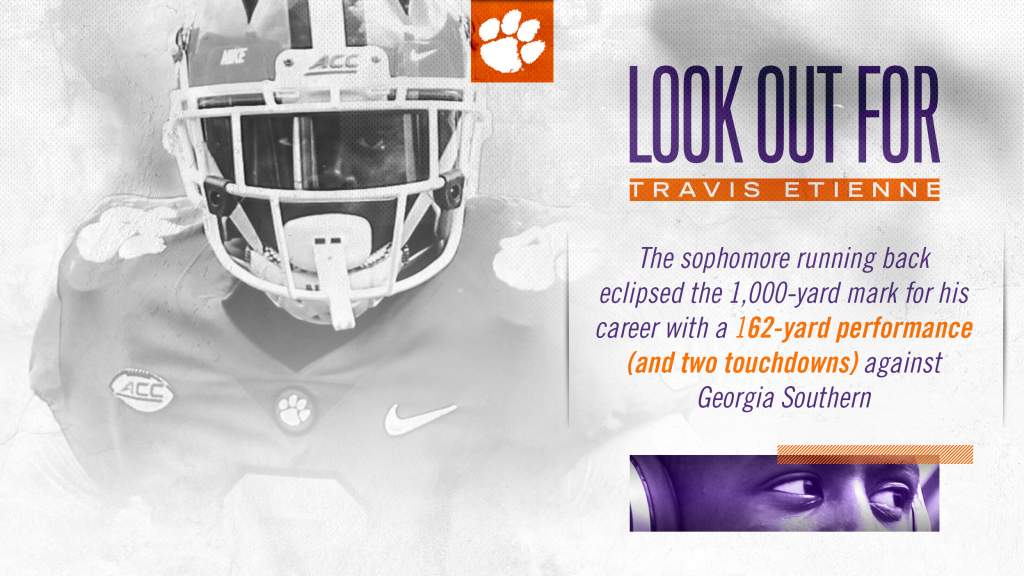