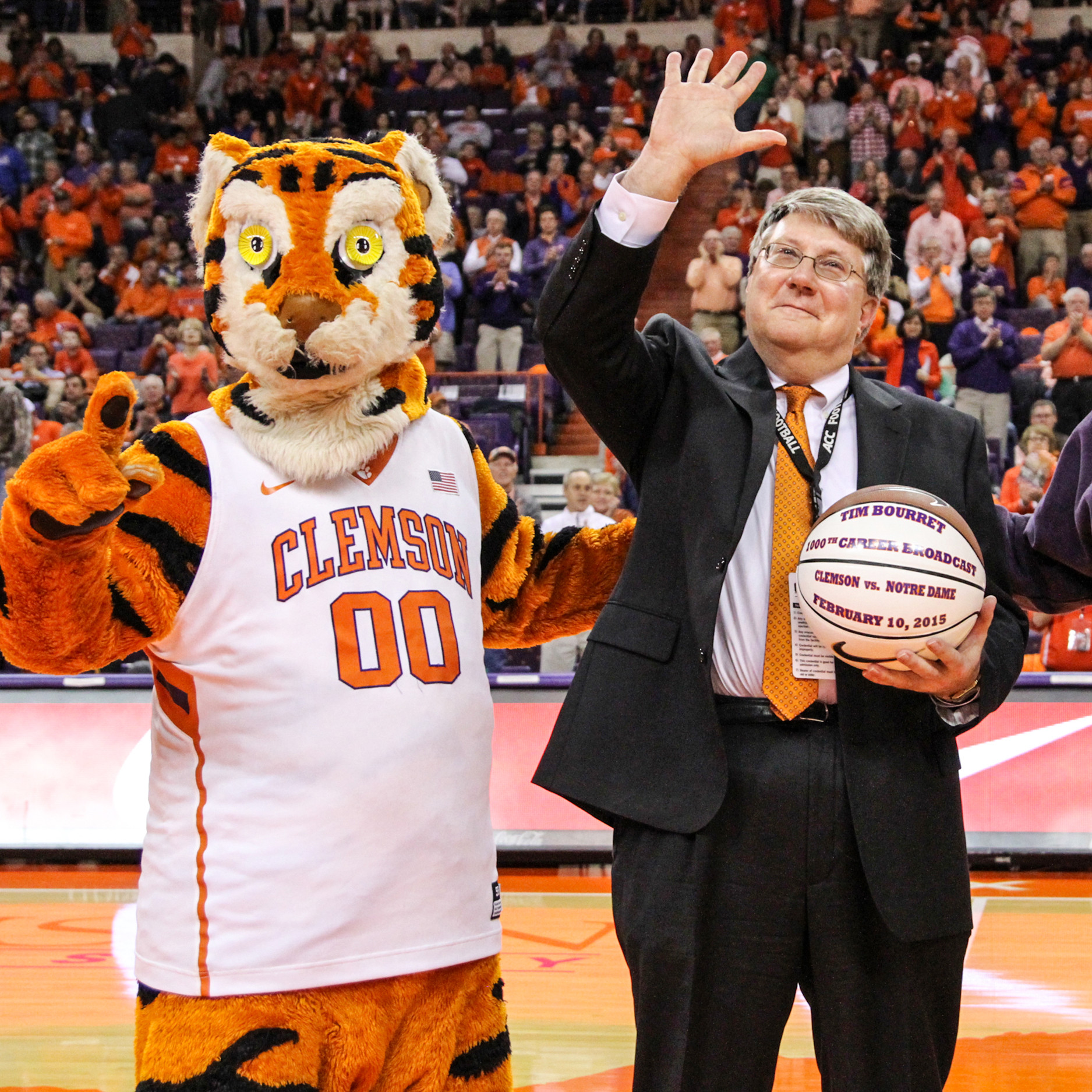 Longtime Clemson fans know this space is typically reserved for one of Tim Bourret’s historical anecdotes or first-person perspectives. But today, we thought we would do something a little different, as he has no idea this story is appearing in the program. After all, today is a momentous occasion for Tim.

A graduate of Notre Dame, his alma mater’s football team is in town for the first time since 1977. It was that very trip on November 12 when Tim attended his first game in Memorial Stadium, at the time as a graduate assistant in Notre Dame’s sports information office.

The game and community obviously made a big impression on him, because a year later he was hired by Bob Bradley as an assistant sports information director at Clemson. And he is still going strong after 37 years.

I first met Tim as an uninspired Clemson senior in the spring semester of 2002. He came and lectured one of my classes and I was immediately drawn to the fact that you could make a career in sports by working behind the scenes. I followed up with countless emails, eventually arranging to complete my 400-hour internship requirement in his office.

My first actual memory of Tim came much earlier. An avid Tiger fan in my youth, I vividly remember listening on the radio in my grandmother’s house as Greg Buckner delivered the game-winning dunk to beat North Carolina in the 1996 ACC Tournament. Tim, of course, was part of the radio broadcast with Jim Phillips.

I cannot thank Tim enough for the countless memories I’ve been able to experience since he pulled some strings to help create an assistant position for me in 2004. I will never forget one of them in particular.

I have served as the men’s basketball communications director since 2005, and in 2008, our radio play-by-play announcer, Pete Yanity, lost his father. We traveled to Maryland for an important game, and Tim graciously stepped in to handle Yanity’s duties while I provided the color commentary.

Clemson rallied to win on Terrence Oglesby’s deep three-pointer after trailing by 20 points in the second half, the greatest comeback in Tiger history. In true Bourret fashion, one of his first comments after the final call was a quick reference to 1987, when Michael Brown hit a game-winner in Cole Field House against the Terrapins.

Broadcasting has played a big part in Tim’s life, and that was never more evident than February 10 this past season, when he celebrated his 1,000th broadcast for the Clemson Tiger Radio Network. The Tigers’ opponent? You guessed it…Notre Dame.

A testament to Tim’s respect came when an hour after the game, and after a gut-wrenching loss for the Tigers, several of his current and former employees and friends gathered in the Coliseum Club to surprise him with a cake commemorating the milestone.

As the backup color analyst when he had a football commitment or dealt with his father’s health issues in 2013, I cannot help but think in some way I played a small part toward getting Tim to 1,000 games against his alma mater.

When I think of Tim, the word loyalty comes to mind. He had an opportunity early in his career to be the head sports information director at Pittsburgh. But after accepting the job, he was sick to his stomach over the decision. After that, he never wanted or looked to leave Clemson again.

I also think of the respect he has from local and national media, as well as the coaches and student-athletes he has worked with throughout these 37 years. He has pupils scattered throughout the industry, from Furman to NC State to Virginia.

And here in Clemson, five of us in what is now the athletic communications department – Sam Blackman, Brian Hennessy, Jeff Kallin, Libby Kehn and me – were mentored or hired by Tim.

He may hold two degrees from Notre Dame, but after 37 years of service to this great institution, it is only fitting that today’s “Last Word” be written for you.

After all, it was the Clemson vs. Notre Dame game in 1977 that brought you where you are today.