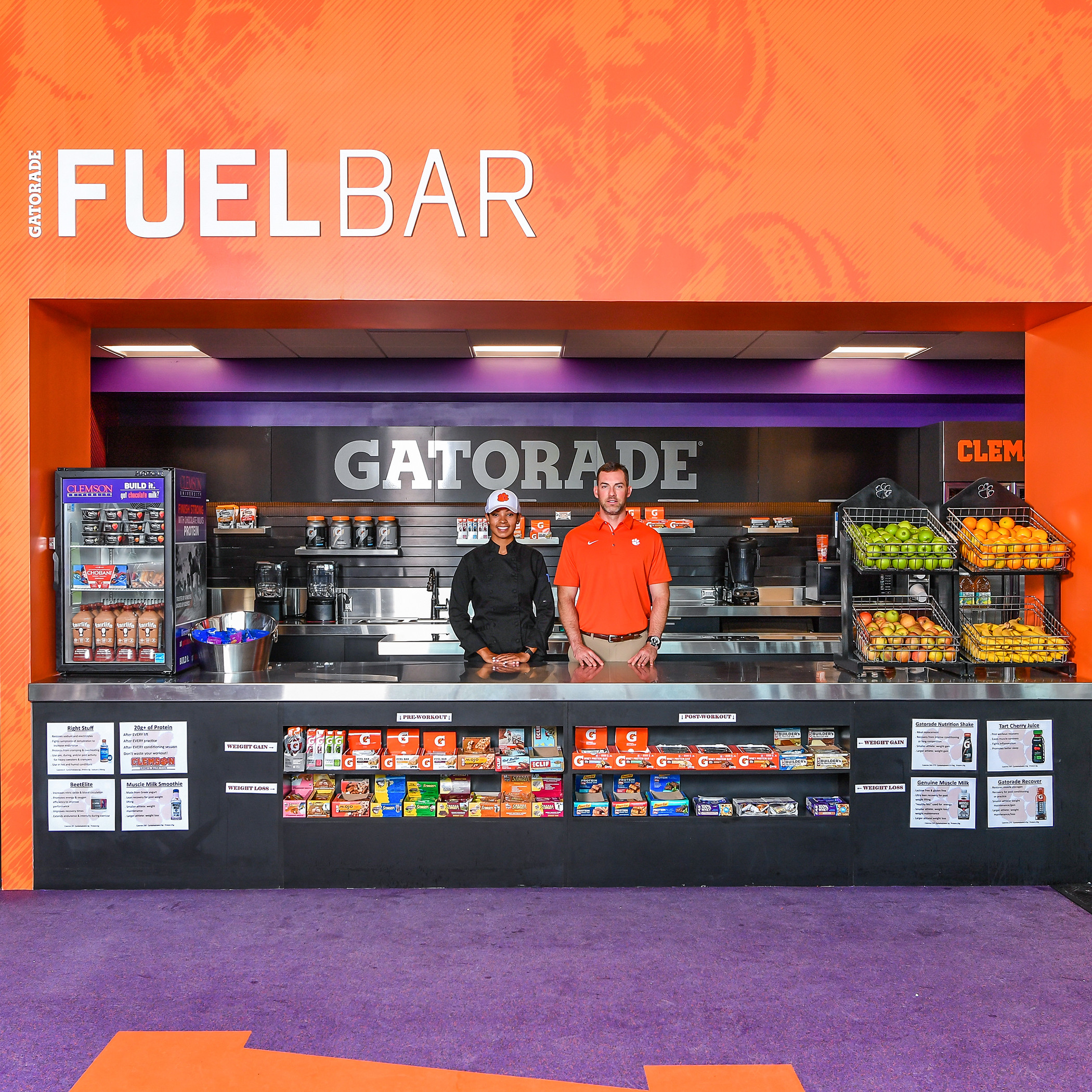 Going “all in” is a frequently-used sports adage that stems from the bold, yet committed and confident, decision made in a game of poker. While in sports, a promise made by an athlete, a coach or an executive to go “all in” is typically used rather loosely, usually referencing an unabated drive to win. For the Clemson football program, it is the bedrock that the team’s foundation is built upon.

Pronouncing very early in his head coaching tenure with the Tigers that the “all in” philosophy would be his approach to producing success with his team, both on and off the field, Clemson head coach Dabo Swinney has followed through on that promise and then some. Helping develop superior talent on the gridiron that has translated in the classroom and real world, Swinney has dedicated himself to the holistic betterment of his players, something that has clearly paid dividends.

As part of that holistic approach to winning, Clemson University and its athletic department have also been “all in” with the football program, as evinced by the recent construction of the state-of-the-art Allen N. Reeves Football Complex. And a glowing example of the comprehensive approach to football is the team’s nutrition program.

One of the primary components of the football complex is the Paw Dining Hall, often called “Paw Bistro.” More than a cafeteria, the facility is just a small part of the incredible work being conducted by Clemson football’s nutrition team.

Spearheaded by director of football nutrition Paul Harrington as well as executive performance chef Donna McCain and performance nutrition chef Hali Foreman, the Clemson football nutrition program is virtually one of a kind in the realm of college athletics in the fact that it forms the basis of an entire entity centered around the nutrition of one particular program.

More than just skilled culinary professionals, all three are performance specialists with keen understandings of the intricate and all-important nature of athletes’ diets.

Having been a part of the Clemson family for a year and a half, Harrington has seen the nutrition program through from the ground up. He helped oversee the construction of the dining facility and kitchen at the operations complex and successfully took on the task of providing arguably the most all-encompassing nutrition program in the nation for Tiger players.

“Coach Swinney recognized the importance of nutrition and wanted to ensure that it was a supporting factor for the team moving forward,” said Harrington when speaking on the origin of the nutrition program. “So, bringing on employees to provide the football program with a full kitchen and staff was instrumental in making that happen.”

“It is creating a different standard in terms of Clemson hiring a performance nutrition staff,” stated McCain when discussing the nutrition program. “That is something you’re going to see in more and more college athletic departments.”

Goal-oriented, the nutrition program is built around a never-ending drive for betterment. Complete with one-on-one meetings with players, where nutritional goals and plans are outlined, and added helpful features, such as cooking classes for the players, the program is making positive waves throughout the football team.

As a result, positive effects from the program are put on display via the players’ showings on the field and in the weightroom, all byproducts of the steadfast dedication put forth by Clemson football’s dedicated nutrition specialists.

“We make sure we get quality face time with the players,” said Harrington when discussing the personal, ultra-involved nature of the nutrition department. “Instead of relying on a paper handout of a meal plan, we’re actively coaching them.”

While an average workday for Harrington, McCain and Foreman could span as long as 13 hours, the commitment to providing players with the best nutritional advice and service possible is the primary component of what makes the unique program so special. From scheduled snacks throughout the day to post-practice refueling routines, the nutritionists ensure that diet and wellness are priorities for the players.

“For us, nutrition is the foundation,” added Harrington when speaking on the passion that he and his co-workers share. “It’s what our entire careers are based around. Every single football player needs to have a foundation built upon health and development before football can be a priority.”

Forming a partnership with Aramark, the Clemson football nutrition program serves its players top-notch foods that are ideal for providing them with the appropriate and healthy nourishment required of performing at a high level on the gridiron. McCain and Foreman are passionate about their crafts, constantly tweaking the menu and making notice of each player’s dietary preferences and needs.

“The key thing is that what we do affects the players’ performances at every practice and on every lift, making nutrition of the utmost importance,” said McCain.

The perfect complement of the “all-in” philosophy, Clemson’s nutritionists are wholeheartedly committed to helping the Tigers compete as well as possible, and are thereby key cogs in the well-oiled machine that is Clemson football.

Like all machines, whether they be of the literal or the figurative variety, the Tigers require ample energy to function properly and efficiently, which is what makes Clemson football’s nutrition program so vital.

Although the passion and intensity for the game runs deep in the hearts and souls of the Tigers, none of that would matter if it were not for the maintained functionality of Clemson’s machine.

And for that, the nutritionists tasked with performing that required maintenance are to thank. After all, they are the ones who are, quite literally, feeding the beasts.

They are the ones who are fueling the Clemson Tigers.