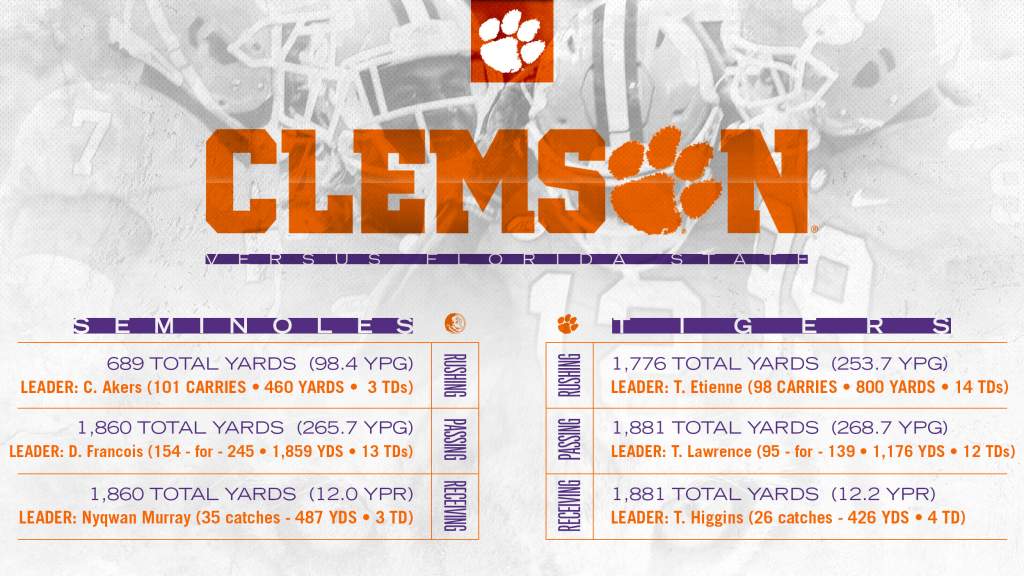 Tickets for 11/3 vs. Louisville
Get Tickets

No. 2 Clemson will be in search of its eighth win — and fourth road win — of the 2018 season on Saturday, Oct. 27 when the team faces Florida State. Kickoff from Doak Campbell Stadium is scheduled for noon ET.

The game is a matchup of the only two schools to represent the Atlantic Division in the ACC Championship since 2009, Dabo Swinney’s first full season as Clemson’s head coach. Clemson has earned five division titles in those nine years, with Florida State earning the other four. The two schools have dominated the Atlantic Division, while the Coastal Division has featured five different champions in the last five years.

After running for 471 yards against Wake Forest prior to a bye week and returning from the open date to throw for 380 yards against NC State, Clemson’s explosive offense has garnered national attention for the duo of quarterback Trevor Lawrence and running back Travis Etienne. However, arguably the unit’s most silent but steady contributor will be in the spotlight this week, as All-America left tackle Mitch Hyatt is expected to become the first position player in Clemson history to start 50 career games. Hyatt’s 50th career start this week would put him only two starts shy of kicker Chandler Catanzaro’s team record of 52 career starts.

Defensively, Clemson produced three takeaways in last week’s 41-7 rout of NC State, including two picks for the team’s first multi-interception game of the season. Clemson has forced a takeaway in 15 consecutive games and will attempt to push that streak to 16 for the first time since an 18-game stretch across the 2004-05 seasons 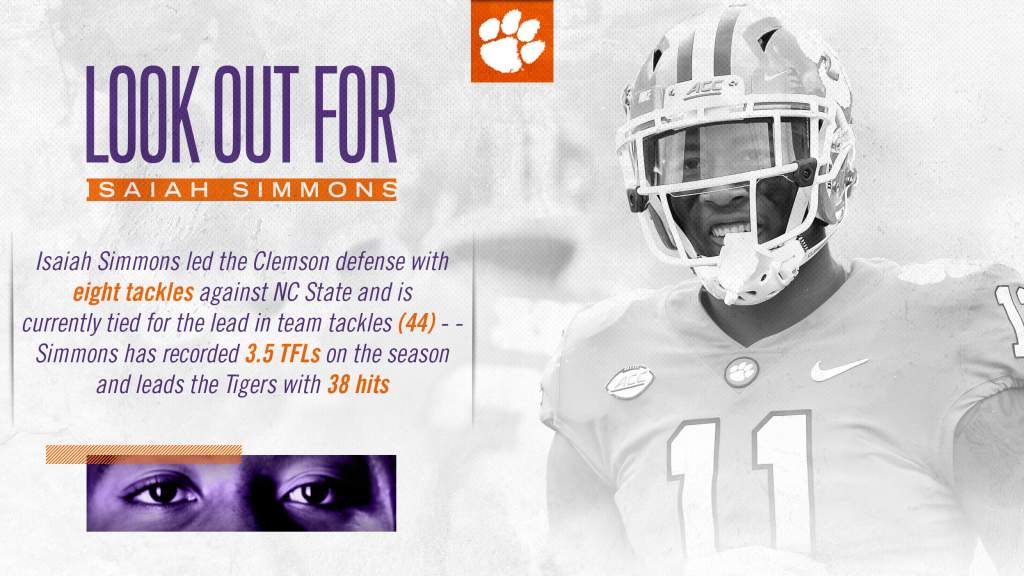