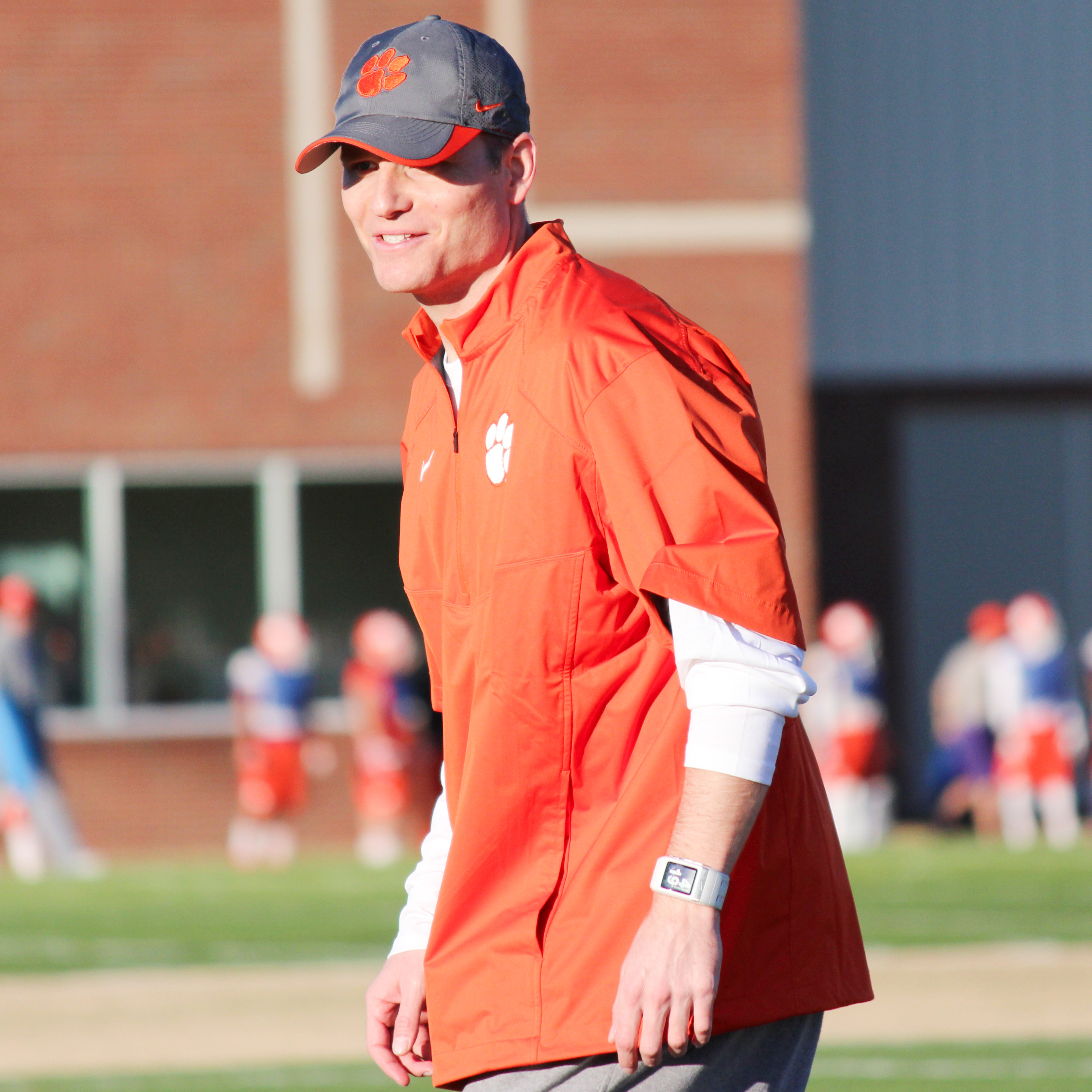 CLEMSON, S.C. – Friday was a busy day for the Clemson football program. For the first time since his team’s 35-17 win over South Carolina, Dabo Swinney addressed members of the local media from within the team room in Clemson’s WestZone facility. Among the topics of conversation were the upcoming Russell Athletic Bowl against Oklahoma, changes within his offensive coaching staff, and the health of several injured players.

Archived video of the entire press conference can be viewed HERE.

Below are news & notes from the session, prior to the team’s first practice as it prepares to take on the perennial power Sooners in Orlando, Fla., on Dec. 29.

You’d be hard pressed to find an offensive staff — or any staff for that matter — that matches Clemson’s from a background standpoint. Elliott, Scott, Streeter and tight ends coach Danny Pearman make up four of Clemson’s five full-time assistants on offense, and all four are graduates of the Upstate institution.

Here in Tigertown, we have a social media moniker that defines this arrangement: #ClemsonFamily.

It’s got an even bigger meaning for Elliott and Scott, who were once “stretch partners” at practice as walk-ons together from 1999 to 2002.

“Now look where we are, to have this type of opportunity at our alma mater,” Scott said. “It’s a point of pride. A lot of our former teammates at Clemson have reached out to us. It’s awfully humbling and very special to us.”

Who Calls the Plays?

A big deal has been made out of who would be in charge of calling offensive plays on gameday. Swinney said that while Elliott will ultimately be in charge of that duty, play-calling is largely a collaborative effort.

“Play-calling is truly a group effort,” he said. “Jeff, Tony and Danny have all had their hand in it over the years. Tony will move to the (coaches) box, while the other guys will be on the field.”

Elliott said he would lean on the expertise of everyone on staff who has had previous experience as a play-caller, including Scott at the high-school level and most recently Streeter the past six seasons at Liberty and Richmond.

“Coach Swinney wants us to always be prepared for opportunity,” Elliott said.” Chad (Morris) did a great job of challenging us, which helped in the preparation process. I learned at an early age to be a good listener, because everyone is here to help. There are no egos involved, we’re just happy to be working together.”

It was evident Friday that the opportunity to one day return to his alma mater had never drifted far from his mind.

“I’m fired up about this opportunity,” he said. “I can’t be more thankful to be here at my alma mater. Coach Swinney said it was a matter of time, and I’ve been waiting for the right opportunity to return. I’m blessed to be back. Being a coordinator has been a great experience for me. It was great to be away and grow professionally, but at the same time I always kept in touch with Coach Swinney.”

This is Streeter’s second stint as a staff member at Clemson. He previously was a graduate assistant coach in 2004 and 2005, when Swinney was the Tigers’ wide receivers coach.