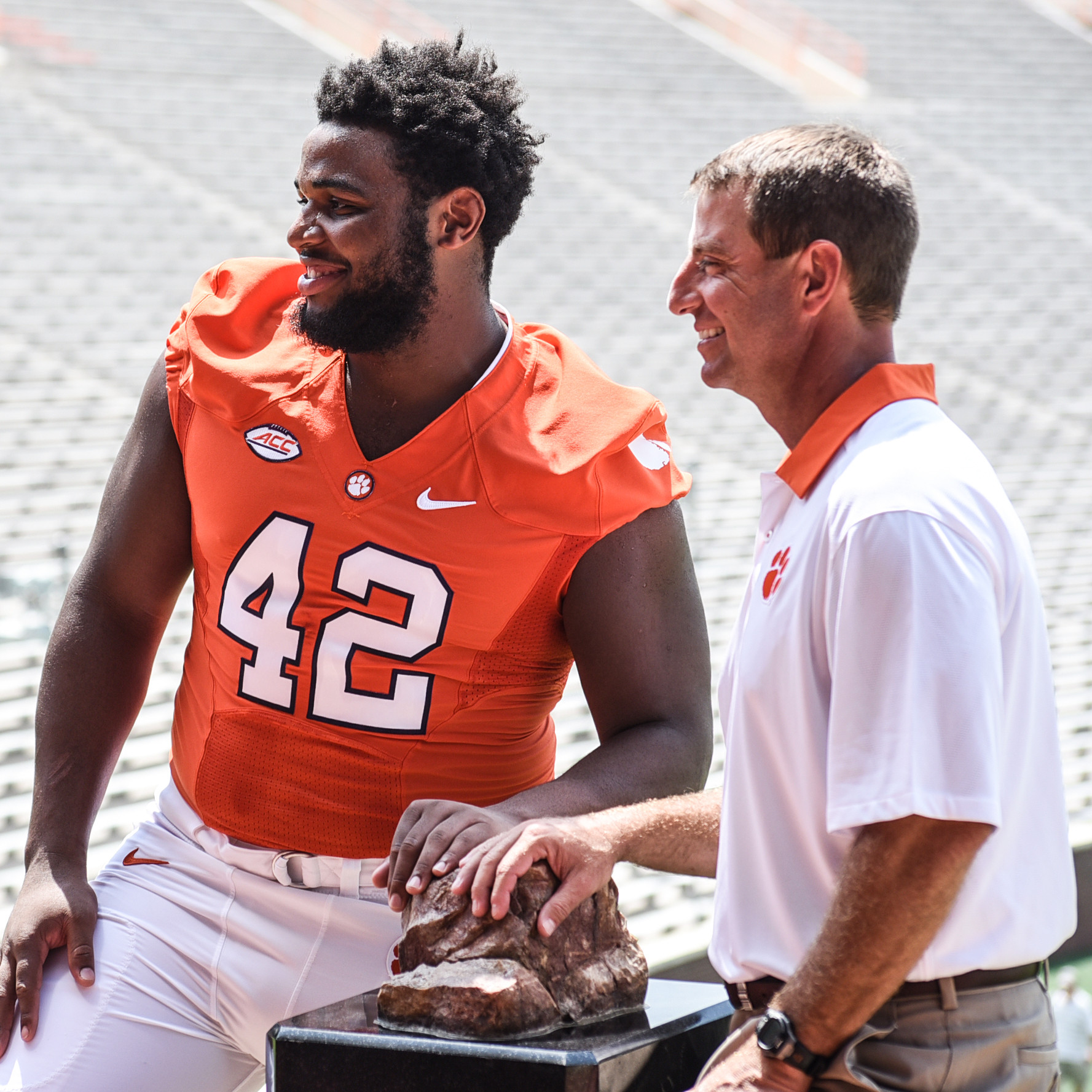 This past Saturday, Clemson made history by playing its most true freshmen (13) since 1943. For these 13 players, Saturday was their first time running down the Hill and getting their uniforms dirty. Saturday was also a day that childhood dreams would come true.

Tight end Garrett Williams couldn’t believe he had finally made it to the moment on the top of the Hill, let alone playing during his first game at Clemson.

“When I was up on the Hill, I was thinking, ‘I’ve been dreaming of playing college football all my life, and now that it’s my first game that dream has become a reality.’ It was unbelievable. It’s a crazy, crazy feeling.”

“I’ve prepared for this moment all of my life,” he said. “It was great and truly a blessing that I got this opportunity. I’ve worked so hard to get to this point and now to be experiencing it, it’s great.”

One of the highlights of any Clemson football game is watching the Tigers run down the Hill. Both Williams and Wilkins look back on their first run down with huge grins spreading across their faces.

“On the bus ride, you get this really overwhelming feeling, like ‘Wow. This is really about to happen.’ You’re going around the stadium thinking it’s finally your time,” Wilkins said. “At the top of the Hill, you see all of the fans and it’s amazing. I’m surprised I didn’t drop to my knees because you just get chills through your entire body; goose bumps everywhere. It’s already one of my favorite things here.”

Williams added that taking part in the tradition was much different than watching it on TV.

“I knew the whole process of getting on the bus, and coming around to the Hill. But actually doing it is so much different than watching it on TV, or watching it from the stands. When we came around the corner, I could hear the crowd start going crazy. And when we got out of the bus, lined up at the top of the Hill and saw the crowd, it was like nothing I had ever done before.”

The freshman class is no stranger to praise, already known as one of the smartest groups that Clemson has ever seen. But Williams says there is more to it than that.

“I love the group of guys that we came in with,” he said. “Both the mid-years and the guys that came in this summer with me are all of really great character. I think it’s a really neat thing to be a part of history. It is an honor to get in so fast and play. I think that this is a praise to our recruiting class and to our freshman class in general.”

Wilkins is also impressed with his peers, not only on the field, but in the classroom as well.

“We’ve got some guys that are pretty smart,” he said. “I have class with some of them and I don’t believe in the ‘Jocks aren’t as smart’ stereotype anymore. Doing homework with them makes me realize, ‘Wow, there are some really smart guys in this class.’”

No matter how hard these Tigers practiced in camp, they were still visited by the pre-game jitters Saturday. Williams recalls having it all fade away on the field.

“I’m not going to lie, I was nervous,” he said. “I was nervous the whole week, but I was really excited; way more excited than I was nervous. Once we got to the facility and got out on the field and warmed up a little bit, those nerves kind of sank away into excitement, and then I was just ready to get out there and play.”