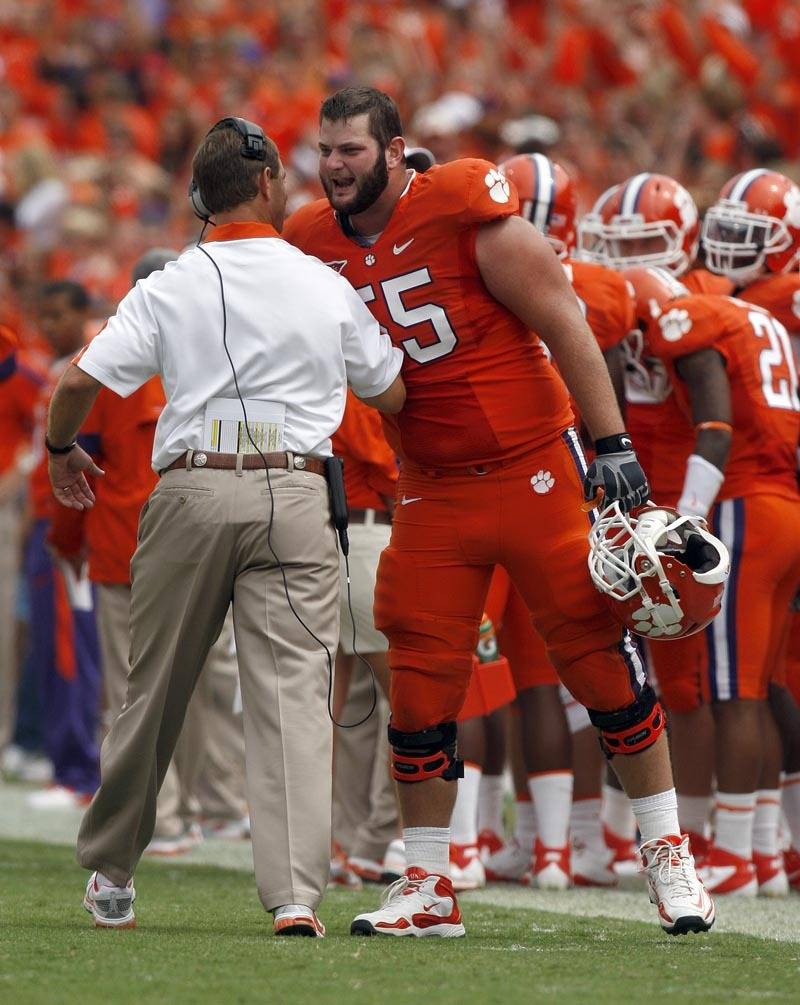 CLEMSON, SC – Clemson first-team All-ACC center Dalton Freeman has been named to the 2012 Outland Trophy Watch List. The Outland Trophy has been presented since 1946 by the Football Writers Association and is given to the top lineman in college football.

Freeman started all 14 games and played a school record 1044 snaps last year in helping the Tigers to a 10-4 record and final top 25 finish. He is a veteran of 40 games in his career and has started each of the last 36 games. The two-time Academic All-ACC player has 143 career knockdowns and has started on two Atlantic Division Championship teams, including last year’s ACC Championship Tigers team. He graded 91 percent with five knockdowns in Clemson’s ACC Championship victory over Virginia Tech last year.

Freeman is also on the preseason Watch List for the Rimington Award, which goes to the top center in college football. He was a finalist for that award last year.