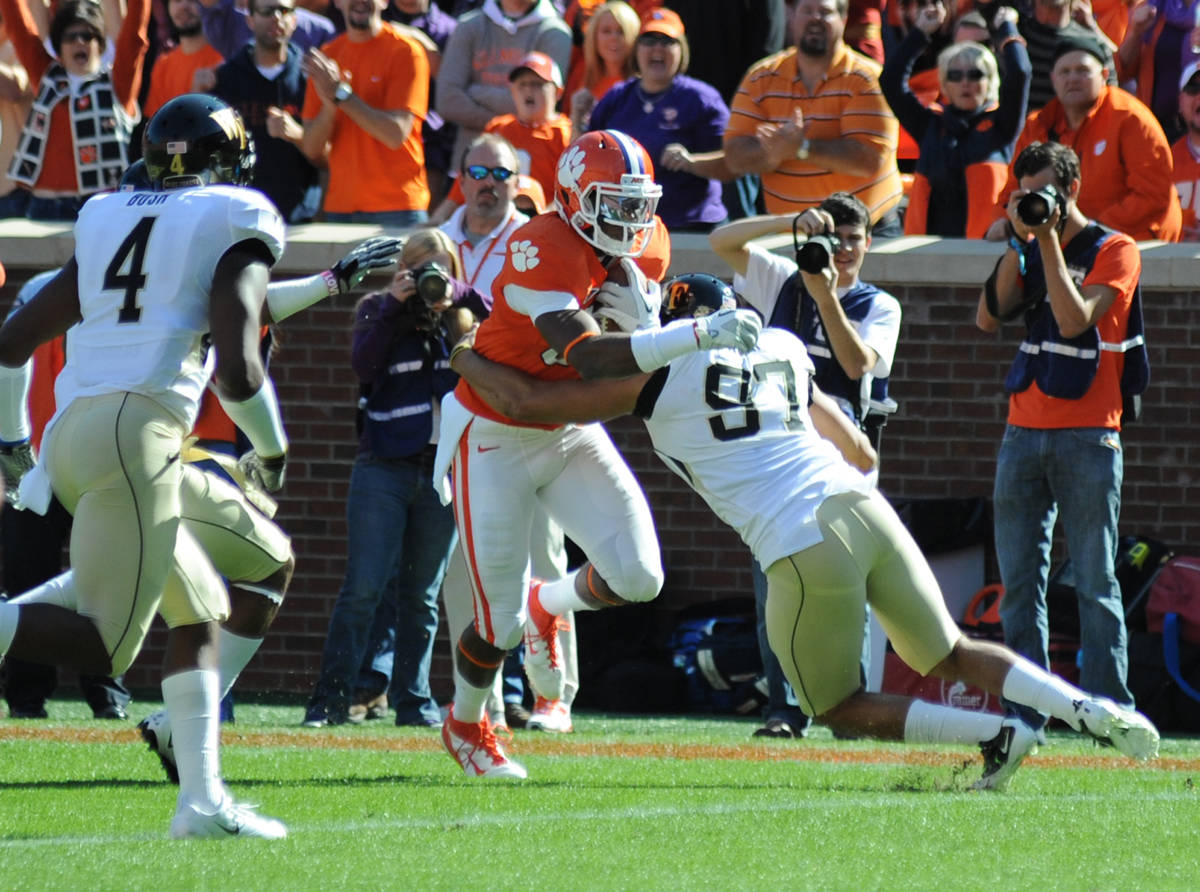 Freeman is the only returning finalist from last year on the 2012 Watch List. He was the first Clemson center to be a finalist for the award since Kyle Young in 2001. Young was actually a finalist in 2000 as well.

Freeman and Notre Dame center Braxton Cave are the only graduates among the 51 centers on the list.

The native of Pelion, SC is one of five centers from the ACC on the list. The others are Jay Finch of Georgia Tech, Andrew Miller of Virginia Tech, Brian Moore of Duke and Camden Wentz of NC State. All four of those ACC centers will play against Clemson this year.

Freeman will be in his fourth year as Clemson’s starting center this year. He is on pace to become the first four-year starter at center for the Clemson program since Ralph Jenkins, 1943-46.

Freeman has played in 40 games and has 36 starts, all consecutively. He was the first-team All-ACC center last year when he played 1044 snaps, more than any player in Clemson history for one season. Freeman is also a three-time Academic All-ACC selection and has been a starter on two Atlantic Division Championship teams, including last year’s ACC title team.

Ford is trying to become the second consecutive Clemson tight end to win the John Mackey Award. Dwayne Allen won the honor last year as a junior. He then turned professional and will be a member of the Indianapolis Colts this year.

Ford, a native of Wando, SC, had 14 receptions for 166 yards and two scores last year and has 25 catches for his career. He had his touchdown receptions last year against North Carolina and Wake Forest. Like Freeman, Ford was also an Academic All-ACC performer last year. In 2010 he became the only receiver in Clemson history to catch two scoring passes in a bowl game when he had two against South Florida in the Meinke Car Care Bowl.