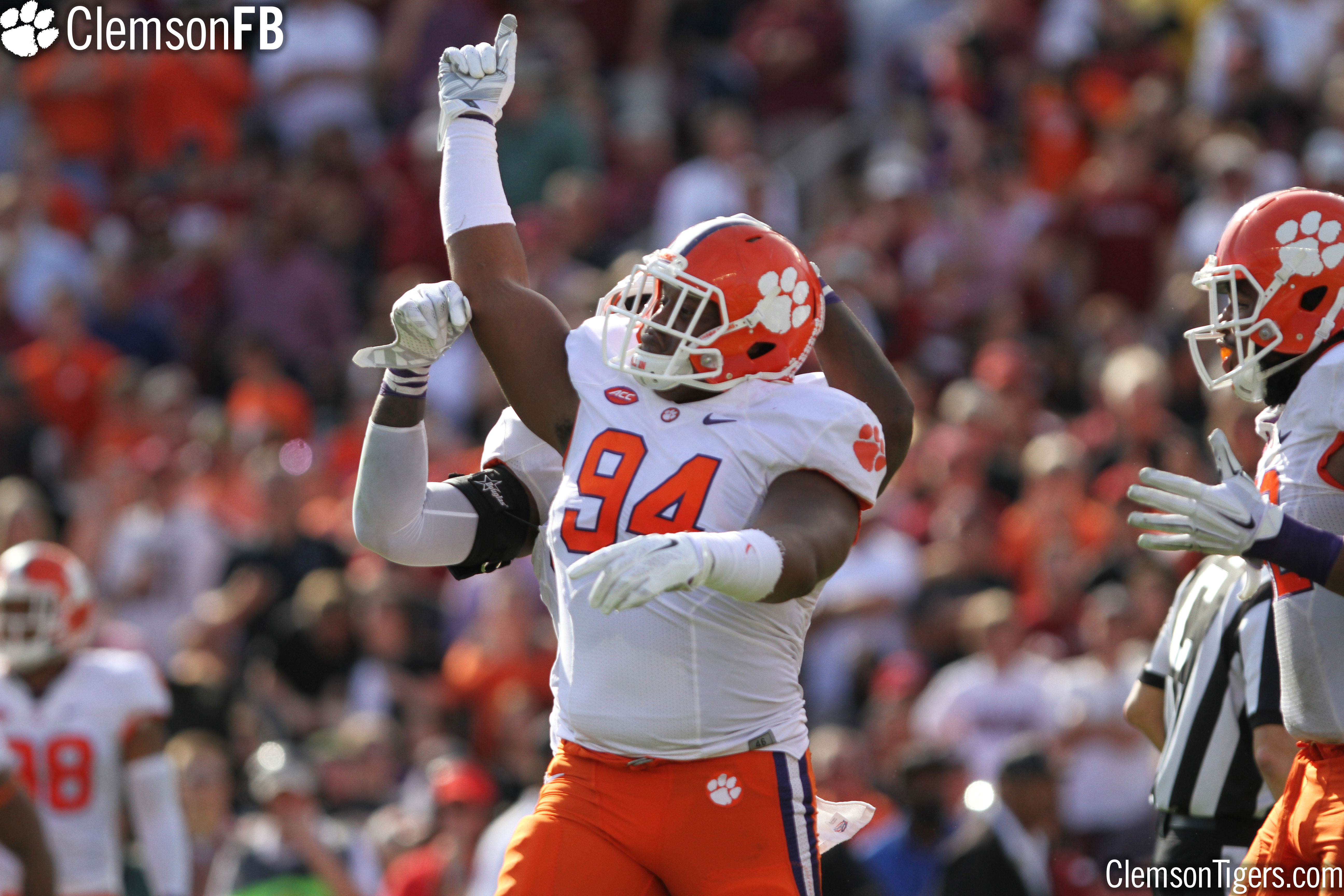 Clemson, S.C.—Deshaun Watson, Jay Guillermo, Carlos Watkins and Cordrea Tankersely have all been named to the All-Bowl Team as selected by ESPN. All four were significant contributors to Clemson’s bowl victories over Ohio State and Alabama, triumphs that led to the school’s first National Championship since 1981.

Watson quarterbacked Clemson to a combined 981 yards and 66 points against Ohio State and Alabama in the two College Football Playoff games. Alabama was ranked first in the nation in scoring defense and Ohio State was third in the final statistics. Alabama was also first in total defense allowing 262 yards per game, but the Tigers gained 511 yards against the Tide in the 35-31 win.

In the two games combined Watson was 59 of 82 or 679 yards and four scores. He threw for 420 yards against Alabama.   Watson finished the year with 4,593 yards passing and an ACC record 41 touchdown passes.

Guillermo started every game at center in 2016 and played his best in the two playoff games with 90 percent film grades in both contests. Guillermo was a first-team All-ACC selection this year.

Watkins, a first-team All-American, had two sacks in the win over Ohio State and established the school record for sacks in a season by a defensive tackle with 10.5. He added six tackles in the Championship game against Alabama. The senior finished with 82 tackles, including 13.5 tackles for loss.

Tankersely had an interception and four tackles against Ohio State in helping the Tigers to the first shutout of the Buckeyes program in 23 years. He followed that up with five tackles and a pass broken up in the win over Alabama. For the season the first-team All-American had 65 tackles, including 55 first hits, and added four interceptions and 11 passes broken up. Tankersley was a big reason Clemson ranked fourth in the nation in pass efficiency defense.