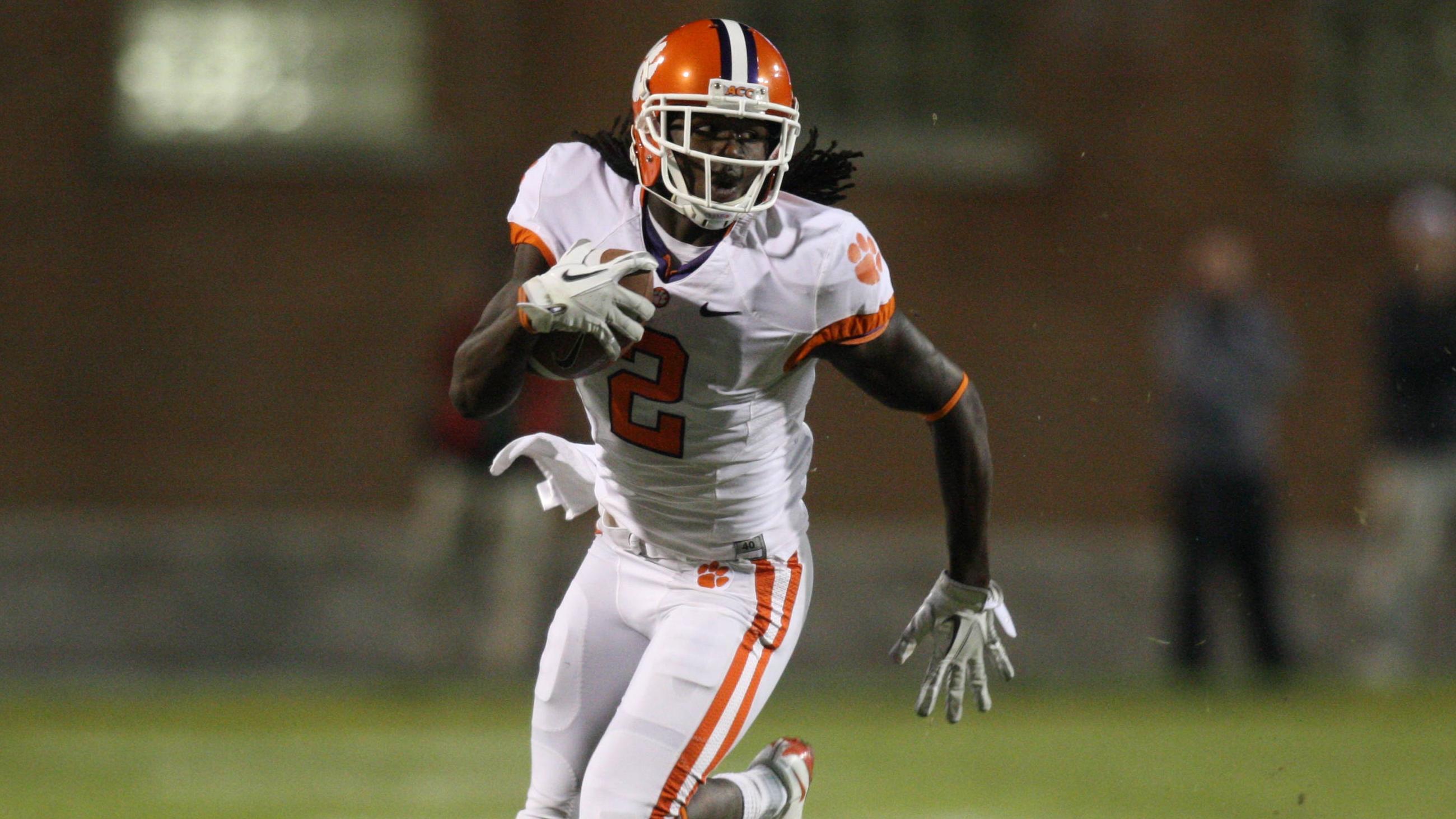 GREENSBORO, NC – Florida State, Clemson and North Carolina led all Atlantic Coast Conference schools each with four players selected to the 2012 Preseason All-ACC Football team in voting conducted by the media at the annual ACC Football Kickoff, which was held July 22-23 at the Grandover Resort in Greensboro.

In all, 19 of the 25 honorees on the team earned first or second-team All-ACC honors last fall, with eight having been selected to the All-ACC first team. Four of the selections are returning first-team or second-team 2012 All-Americas.

One of those returning All-America selections, Clemson wide receiver Sammy Watkins (Fort Myers, Fla.), who was named by the media as the ACC preseason Player of the Year on Monday, was the only unanimous selection on the team, being named on all 68 ballots.

Florida State, tabbed by the media at the ACC Football Kickoff to win its first ACC Football title since 2005, was represented by defensive end Brandon Jenkins (Tallahassee, Fla.), safety Lamarcus Joyner (Ft. Lauderdale, Fla.), placekicker Dustin Hopkins (Houston, Texas) and cornerback Greg Reid (Valdosta, Ga.), who was named as the specialist for his abilities as a punt and kickoff returner.

Clemson, which captured the 2011 ACC Championship and was selected by the media at the Kickoff to finish second to the Seminoles in the Atlantic Division, also had four players selected in Watkins, quarterback Tajh Boyd (Hampton, Va.), center Dalton Freeman (Pelion, S.C.) and running back Andre Ellington (Moncks Corner, S.C.)

Boyd, named to four pre-season watch lists including the Davey O’Brien Award, set an ACC record with 38 TDR last fall. Freeman, has been recently named to the watch lists for the Outland Trophy and Lombardi and Rimington Awards. Watkins was the 2011 ACC Rookie of the Year, who set ACC freshman standards for passes caught (82) , reception yardage (1,219) and receiving TDs (12), and became only the fourth true freshman in history to be named first-team All-America by the Associated Press and is on the Walter Camp Award and Maxwell Trophy watch lists. Ellington rushed for 1,178 yards and has been named to the preseason watch lists for the Doak Walker Award and Maxwell Award.

Duke, Georgia Tech, Miami and Wake Forest each had one player selected. Duke had wide receiver Conner Vernon (Miami, Fla.) who enters this fall needing 35 catches to become the ACC’s career receiving leader and is on the pre-season watch list for the Biletnikoff Award. For the second straight year, Georgia Tech was represented by offensive guard Omoregie Uzzi (Lithonia, Ga.), who helped the Jackets finish 2nd nationally in rushing last fall and who is on the watch list for the Outland Trophy and the Lombardi Award. Miami’s Dalton Botts (Taft, Calif.), who was named to the watch list for the Ray Guy Award, was named the preseason punter, while Wake Forest nose guard Nikita Whitlock (Wylie, Texas), a Lombardi Award watch list member, completed the team.

The 11 selections who were named to the second team 2011 All-ACC squad were Conner Vernon of Duke, Brandon Jenkins and Lamarcus Joyner of Florida State; Andre Ellington of Clemson; James Hurst and Jonathan Cooper of North Carolina; Oday Aboushi and Steve Greer of Virginia, James Gayle and Kyle Fuller of Virginia Tech and Nikita Whitlock of Wake Forest.

Five members of the 2012 preseason team were repeaters from 2011 in Brandon Jenkins and Greg Reid of Florida State;  Conner Vernon of Duke, Omoregie Uzzi of Georgia Tech and Andre Ellington of Clemson.

In all, eleven of the 12 ACC schools were represented on the preseason All-ACC team. A total of 68 ballots were turned in from the more than 362 media members in attendance at the 2011 ACC Football Kickoff.