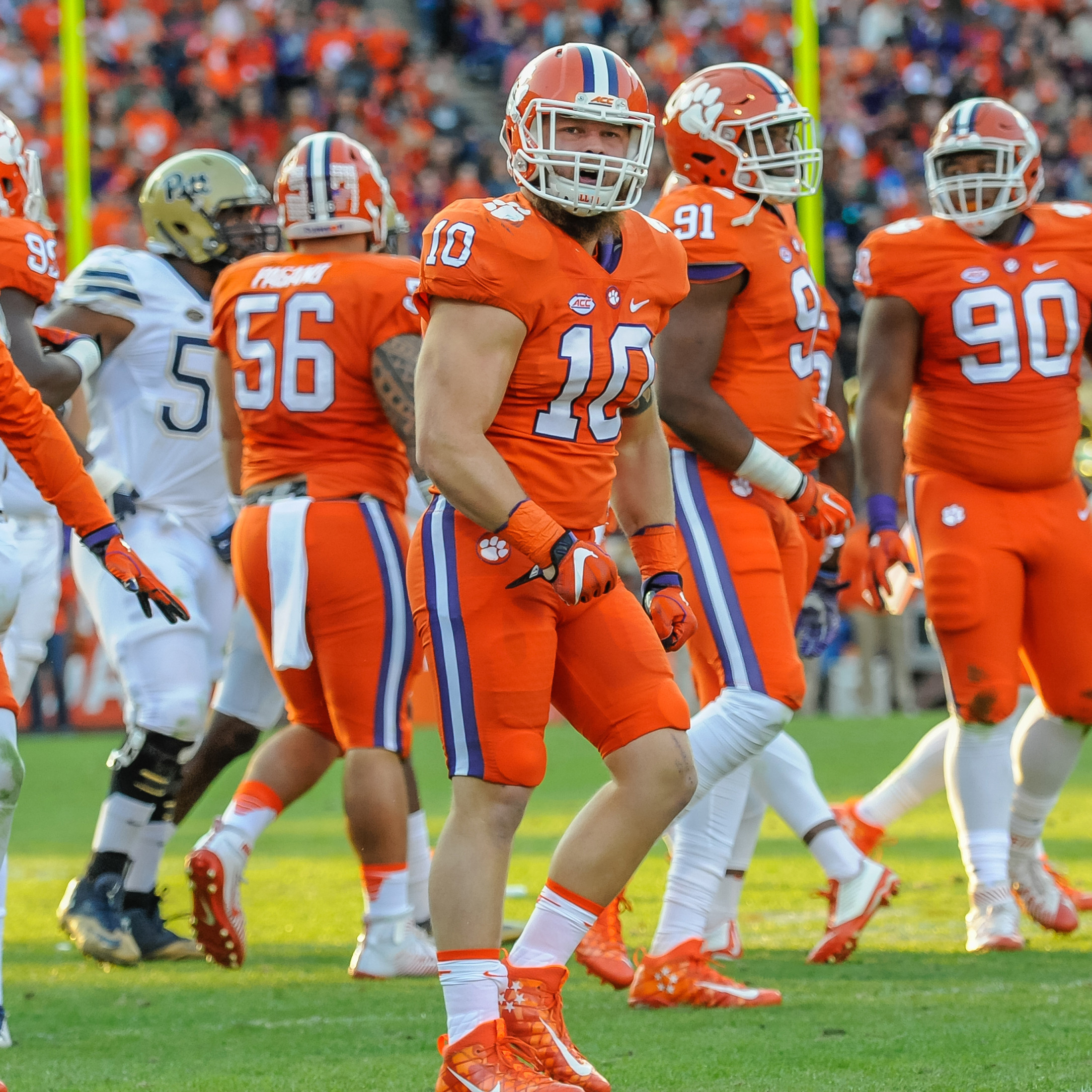 Clemson, S.C.—Four Clemson student-athletes who received All-America mention for their performance on the field, have been named to the Academic All-ACC football team. The announcement of the entire team was made the by Atlantic Coast Conference on Tuesday.

Quarterback Deshaun Watson, linebacker Ben Boulware, and defensive linemen Christian Wilkins and Dexter Lawrence were all selected to the team. Wilkins, Watson and Boulware were all named to various All-America teams, while Lawrence was a unanimous freshman All-American.

Boulware was named to the team for the third time, the first Clemson player to be a three-time Academic All-ACC selection since Chandler Catanzaro from 2011-13. He is the first defensive player to be named three years since Brandon Maye (2008-10).

On the field, Boulware was a second-team All-American by six services and was the ACC Co-Defensive Player of the Year by the ACC Coaches. He was one of just three players named first-team All-ACC on the field and to the2016 Academic All-ACC team. Boulware graduated in December.

Watson was named to the Academic All-ACC team for the second time, as he was also selected in 2014.   The native of Gainesville, Georgia quarterbacked Clemson to a 32-3 record the last three years and was the first ACC player to be a two-time Heisman finalist.   Those 32 wins included 14 this year as he led Clemson to the National Championship.;   Watson graduated in just three years.

Wilkins, who just finished his sophomore year, was a first-team All-American on the field according to the Football Writers Association. He was also a finalist for the Bronko Nagurski Award, which is give to the national defensive player of the year.   It is the second straight year Wilkins has been named to the Academic All-ACC team.

Lawrence, a freshman from Wake Forest, NC, was the ACC Defensive Freshman of the Year and set a Clemson freshman record for sacks in a season. He was named a first-team freshman All-American by the Football Writers Association, ESPN and USA Today.