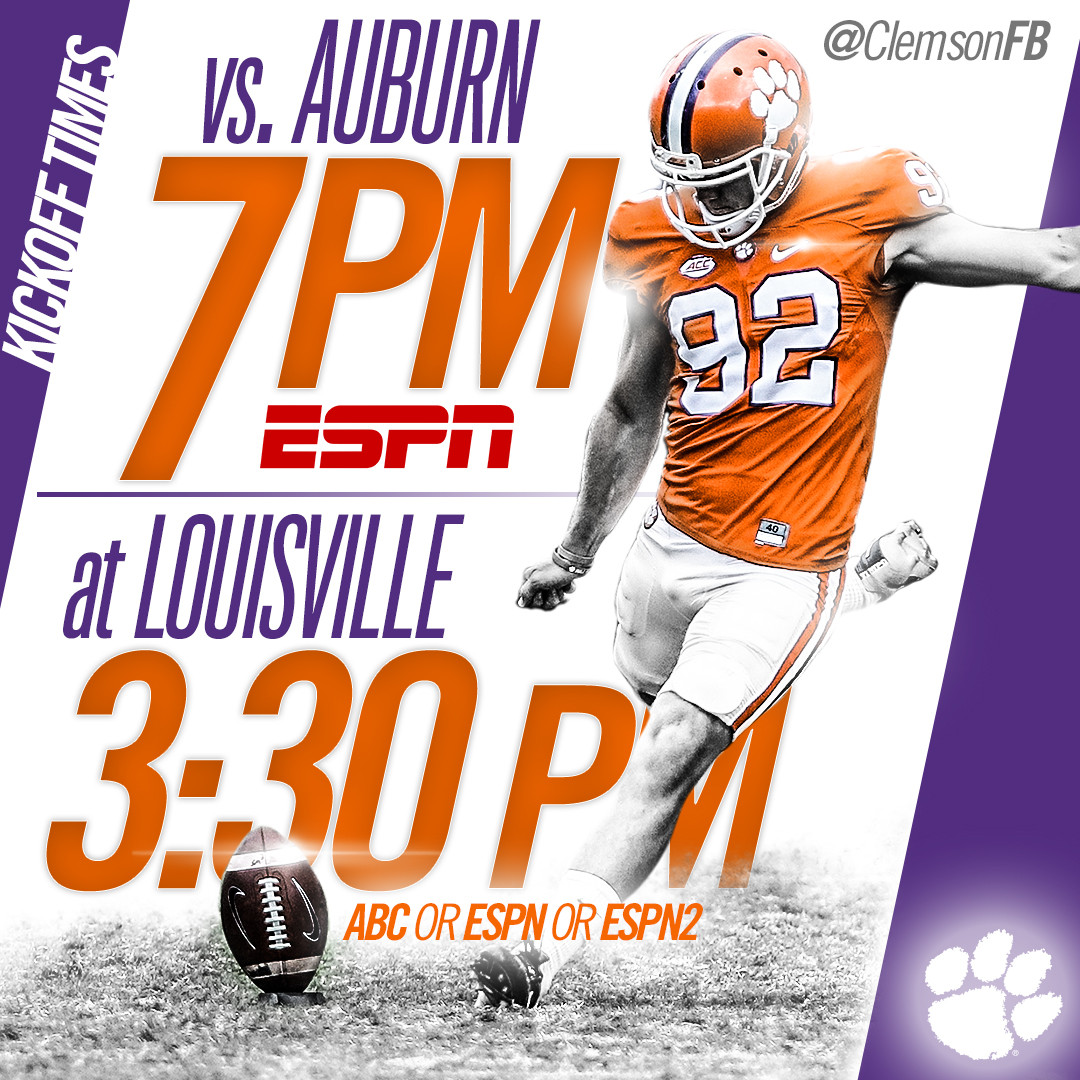 Clemson, S.C.—Kickoff times for four 2017 Clemson football games, two at home and two away, have been announced by the Atlantic Coast Conference Office.

The following Saturday, September 16, Clemson will play at Louisville in a game that will start at 3:30 p.m. That contest will be shown on either ABC, ESPN or ESPN2.

Clemson’s only non-Saturday game of the year will be at Syracuse on Friday, October 13. That contest will be shown on ESPN and will kickoff at 7 p.m.

All other game times will be announced either six or 12 days prior to the game.