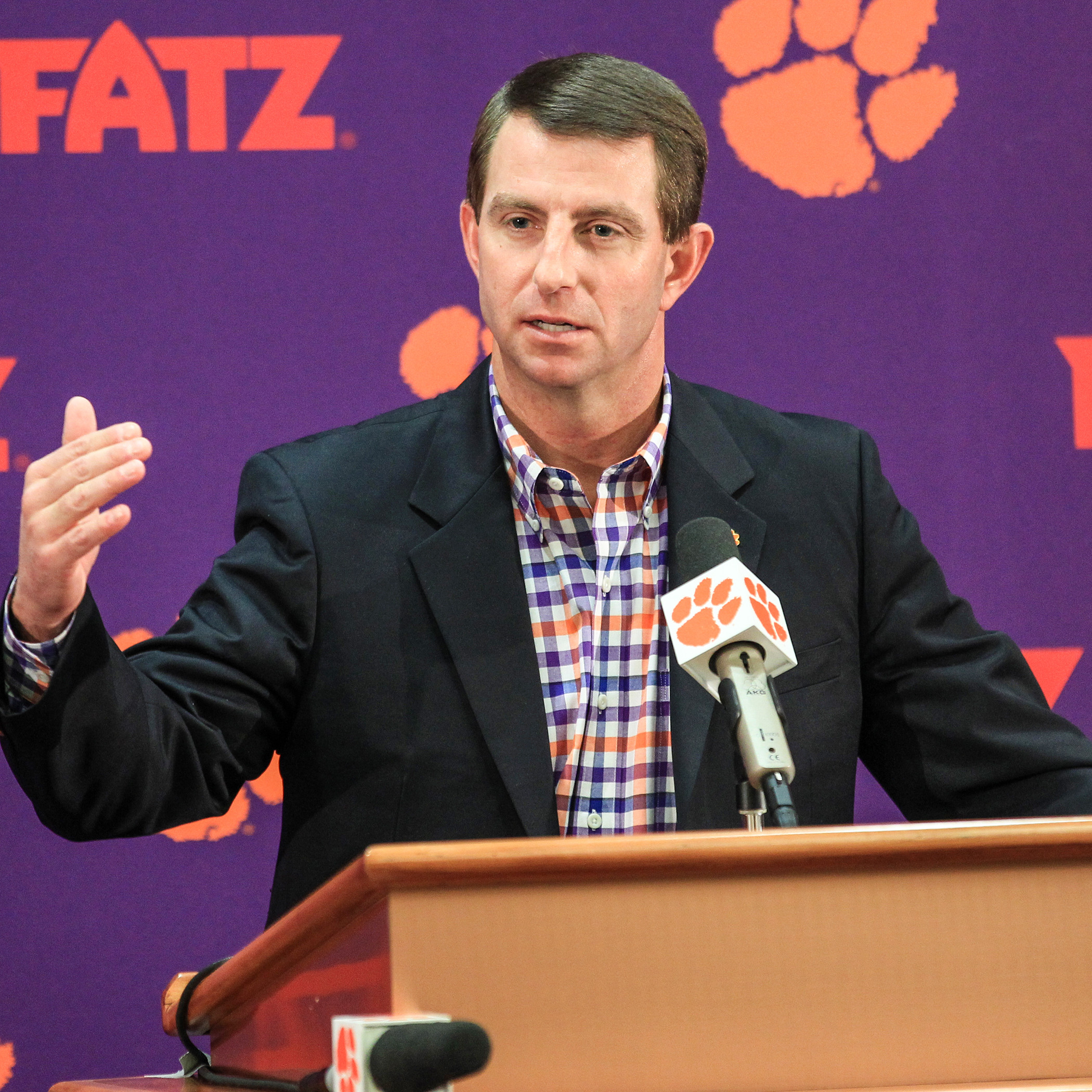 Clemson football welcomes its 2016 signing class on Wednesday, and will again air its signing day show presented by Verizon and Nokia from 8 a.m., to 10:30 a.m. For the fifth consecutive year, the show airs for free on ClemsonTigers.com and features live reporting and highlights on Clemson’s signees, a round-table discussion with seven January enrollees and interviews with coaches and staff.

ESPN’s live coverage of signing day also inlcudes interviews throughout the day, with reporter Jeannine Edwards live from the WestZone.

ClemsonTigers.com is the home to the signing day central webpage, which contains the most up-to-date information on Clemson’s 2016 football recruiting class, updated as each national letter of intent is received.

Wednesday’s events from the WestZone conclude with head coach Dabo Swinney’s press conference beginning at 2:30 p.m., and will also air on ClemsonTigers.com.