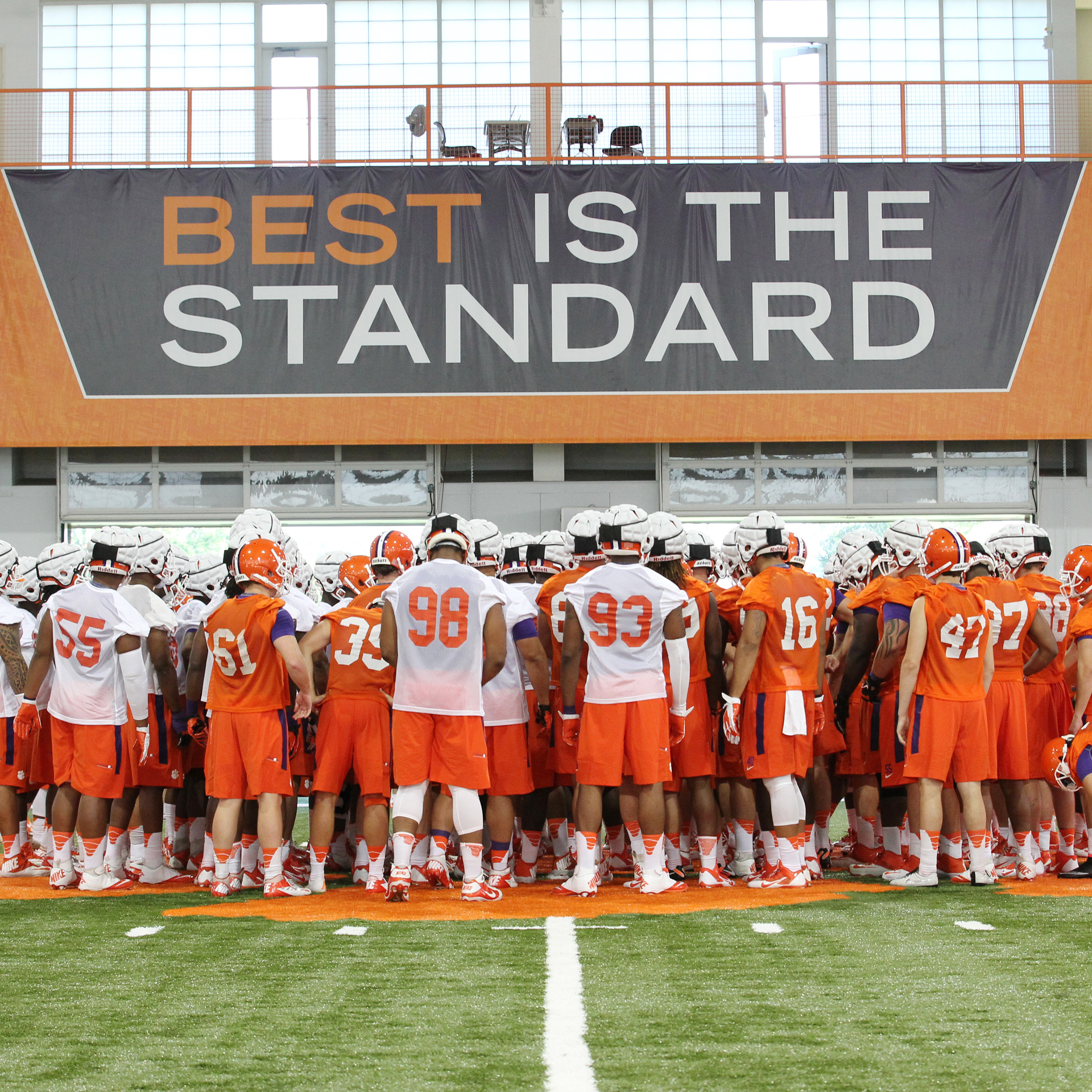 CLEMSON, S.C. – The dog days of early August continued for Clemson on Friday. The Tigers are in the middle of a difficult stretch of strenuous practices and that continued Friday with two practices. Clemson practiced in the indoor facility for a full 22-period morning practice.

“This is a challenging week and we meant it to be,” said Head Coach Dabo Swinney. “This morning was a quick turnaround after having practiced into the early evening Thursday. It was physical, but they responded well. We did a lot of work coming off the goal line.”

The Tigers will not have as physical a practice tonight, as they will work in shorts and T-shirts. They will not have helmets, as it will basically be an extended walkthrough.

“We need some correction time,” continued Swinney. “We won’t have any pads tonight. It will be a lot of teaching as we get ready for our first scrimmage on Saturday.”

Swinney said he is anxious to see the progress of the offensive line Saturday.

“I think we have 10 guys we can win with on the offensive line. I will be interested to see how they react in the scrimmage situation. During regular practice, everything is scripted, but in a scrimmage, you have to adjust from one play to another.”

“It is always a great day when your players graduate,” said Swinney, who has had 83 of his 90 seniors earn degrees over his five full seasons as head coach. “It never gets old seeing them in their cap and gown. It was a landmark day in that we had two consensus All-Americans (Allen, Beasley) graduate on the same day.”

Allen, a starting tight end for the Indianapolis Colts, played an exhibition game against the Jets in East Rutherford, N.J. on Thursday night. He had a 3:30 a.m. wakeup call and a 5:00 a.m. flight to Greenville so he could make the ceremony.

“I am especially proud of Dwayne,” stated Swinney. “He made great progress in all areas since he first came here. It is not easy to finish up when you are playing in the NFL.”