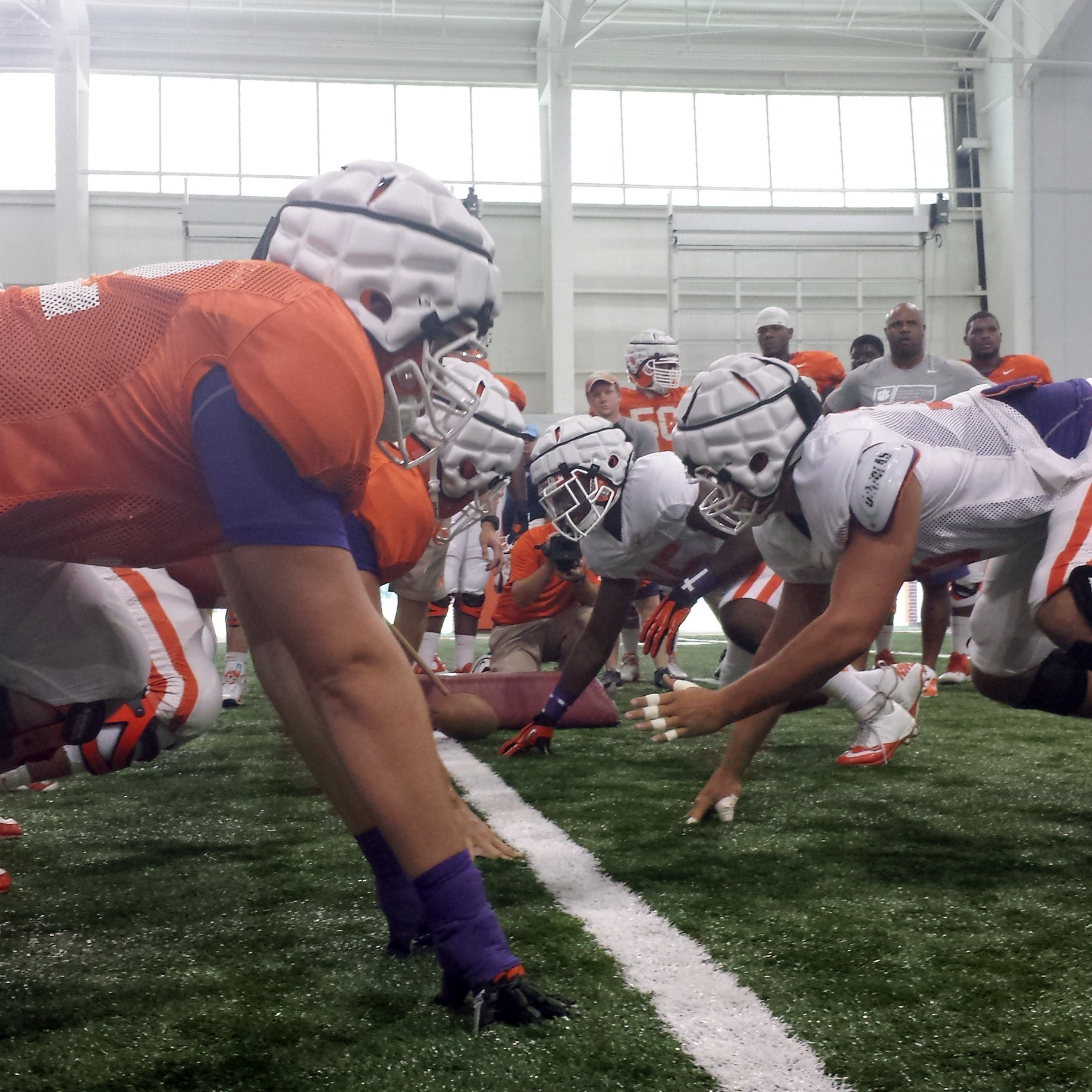 CLEMSON, S.C. – Much of the Clemson football team wasted little time in making use of every pad they donned on Wednesday as the Tigers had their first workout of the preseason in full pads. For each of the first two five-minute periods, the Tigers worked the “PAW” drill, which is a running-game drill in close quarters for linemen and running backs.

“I like to do that early because it sets the tempo for the rest of practice,” said Head Coach Dabo Swinney.

The Tigers went through their normal flex period, then had the 10 minutes of pure hitting in the indoor facility before going outside in 90+ degree temperatures for the rest of the practice.

“I was pleased with that first drill,” added Swinney. “It looked like the offense and the defense both competed very hard. I saw some good things. We are in the middle of a tough four-day period of the preseason.”

The Tigers will have another afternoon of a two-and-a-half hour practice Thursday, then have two practices, one in the morning and one at night on Friday. Then, Saturday will be the first stadium scrimmage.

One of the casualties of the “PAW” drill was starting offensive tackle Isaiah Battle, who rolled an ankle and missed the rest of practice. The injury is not serious and he is expected to return soon.

But as always, Swinney found a silver lining. “With Isaiah Battle out, it allowed us to move some players around and get experience playing other positions. Kalon Davis saw a lot of time at tackle and Eric Mac Lain played four different positions over the course of practice. Kalon has had a good preseason so far. He is one of the smartest guys on the team.”

Swinney also announced that tight end Stanton Seckinger could miss three-to-four weeks with an ankle injury that he suffered in practice Monday. It will give some other tight ends more opportunities.

McCullough caught a pair of touchdown passes for over 100 yards combined during a 7-on-7 drill and also caught one scoring pass in a green zone 11-on-11 drill.

[View the story “Fall Practice No. 5” on Storify]