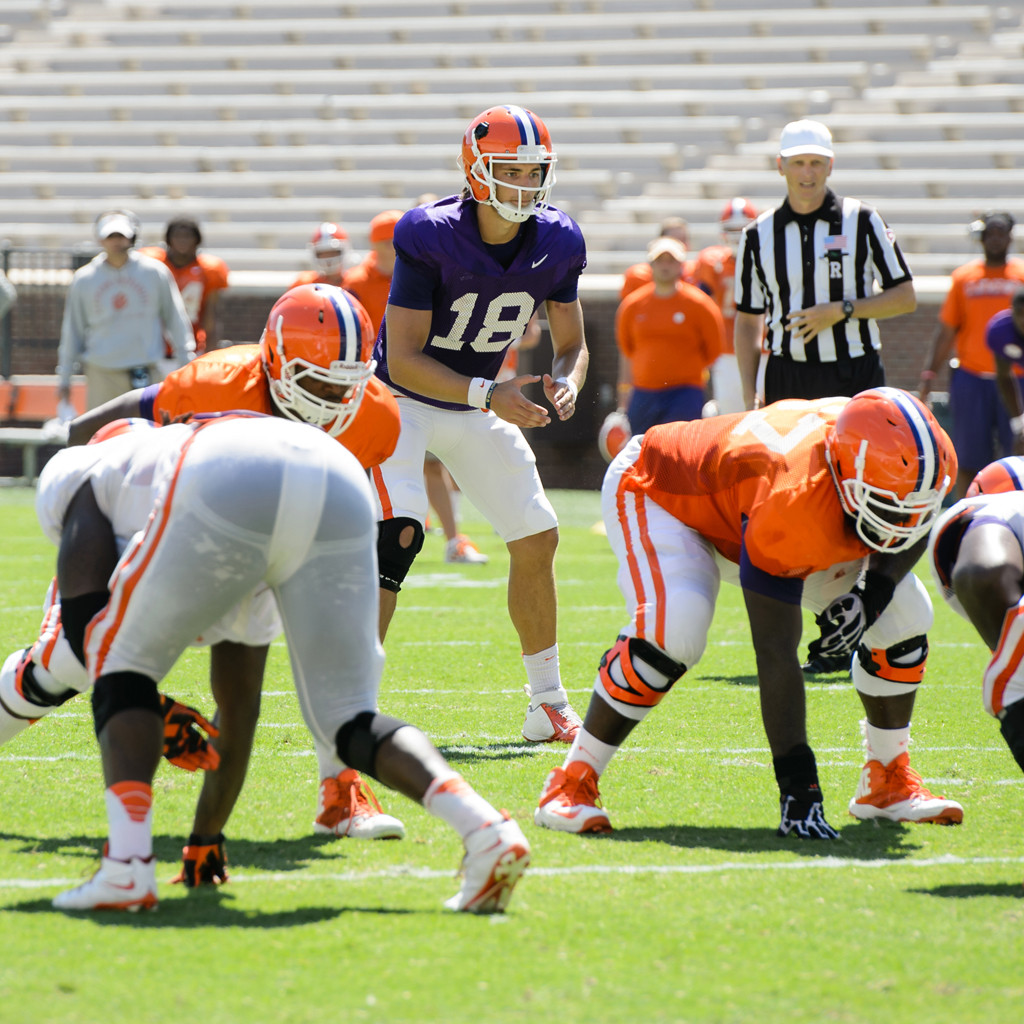 CLEMSON, S.C. — Friday was a day of hard work in the morning and team bonding in the afternoon for the Clemson football team. Dabo Swinney’s Tigers worked for two and a half hours on the fields in Jervey Meadows, then spent the afternoon at The Reserve at Lake Keowee. It was the second straight day the Tigers did some team bonding activities. After a day of mental preparation and a 40-minute walk-through on Thursday, the team went to a movie. “We saw ‘When the Game Stands Tall,’ and it was an excellent movie,” Swinney said. “It was perfect timing to see that movie as a team.”

The movie is about the De La Salle High School football team in Concord, Calif., that won 151 consecutive games between 1992 and 2003. Swinney was disappointed in his team after Wednesday’s situational scrimmage, but he said the Tigers have come back strong since then.

“We were focused Thursday, and today was a good practice,” he said. “Saturday’s scrimmage will be big. We have been all about Clemson so far, but next week by Tuesday we will be all about Georgia.” The Tigers open the season August 30 at Athens against the 12th-ranked Bulldogs. Clemson won last year’s game 38-35 in Clemson in a battle of top-10 teams. Clemson is 16th in the USA Today preseason poll. Swinney said the starting five on the offensive line will probably be more certain next week after school starts. Wednesday (Aug. 20) will be a big day for the staff in terms of the evaluation of personnel. “A lot of it depends on where we play Kalon Davis,” Swinney said. “We know he will be at one of the positions. He has seen the most time at right guard. We feel good about Joe Gore and Isaiah Battle, and we know Ryan Norton will be at center. There are a lot of possibilities.” Swinney commented on the physical status of linebacker Travis Blanks after practice. Blanks suffered a torn ACL last year against The Citadel.

“Travis came to me this week and we talked about his situation,” Swinney said. “He is a very unselfish player who thinks of the team first. We talked about holding him for the next few weeks and see where he stood. We haven’t made any decisions yet. He just isn’t where he wants to be from a physical standpoint yet.”

Blanks has been in a green jersey since practice started on August 1. Top candidates to play in Blanks if he can’t go are sophomore T.J. Burrell, redshirt freshman Dorian O’Daniel and sophomore Korrin Wiggins.   There was positive news on the injury front, as linebacker Kellen Jones was cut loose Friday to full-go status for the first time this camp. Wide receiver Mike Williams (shoulder) was out of his yellow jersey and took part in most of the drills. Fellow wideout Daniel Rodriguez and linebacker B.J. Goodson were full-go as well.