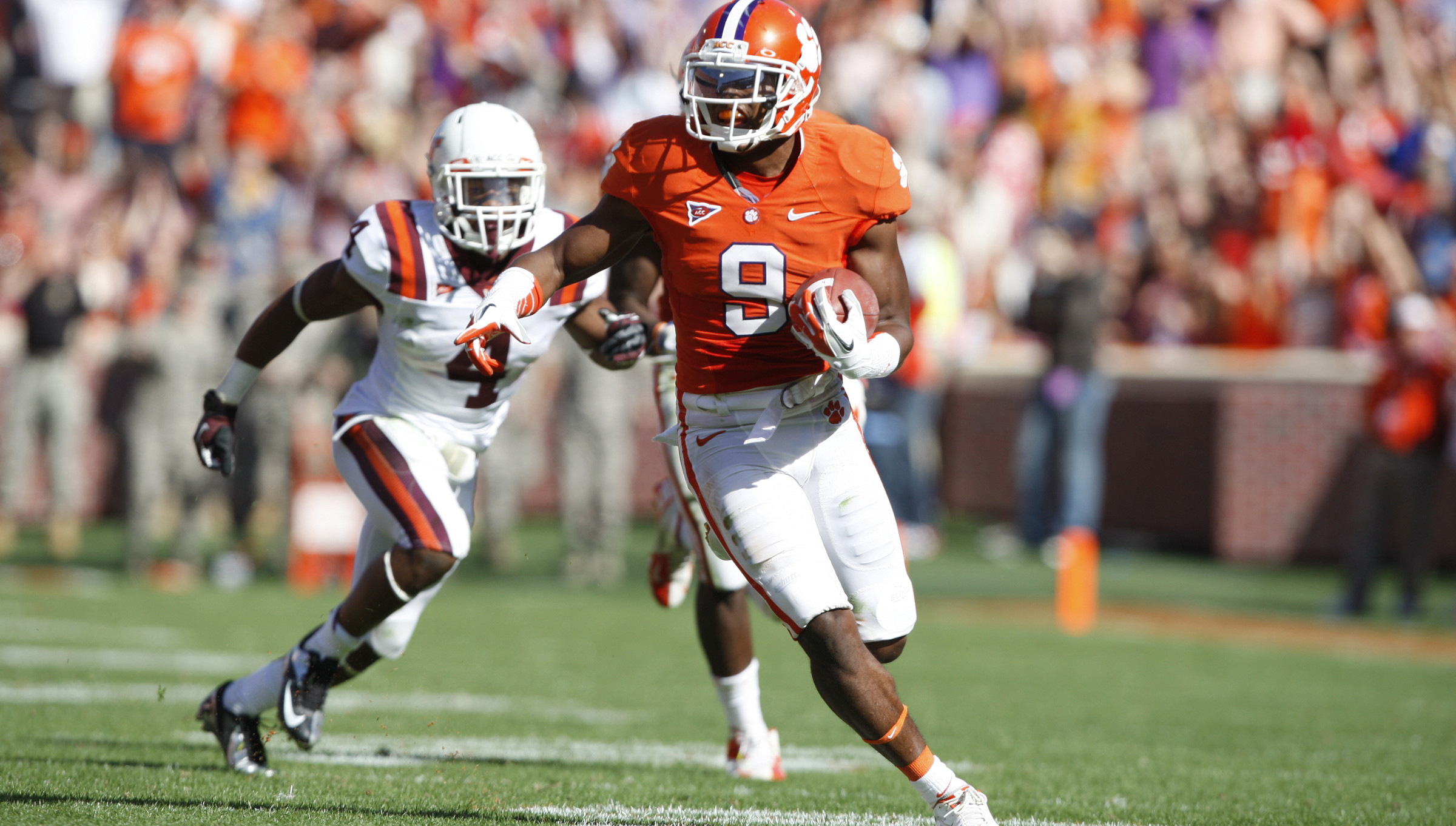 However, tradition has many forms and means different things to different people. For graduate defensive back Xavier Brewer and his family, tradition means just one thing…football.

Brewer’s father, Chris, and brother, C.J., both played in the NFL for the Denver Broncos and San Francisco 49ers, respectively. The younger Brewer also hopes to make it to the NFL. For the family, life has always been about football.

“All I have known is football, ever since I was little,” said Brewer. “I didn’t think there was anything else.”

Having two relatives play at the highest level has set the standard for Brewer.

“There’s really not any pressure to play in the NFL,” he stated. “It’s more of an aspiration or expectation that I have for myself that I can do it. I am thankful to have them in front of me to give me faith that I can do it, too.”

“Kyle committed before I did,” recalled Brewer. “I wasn’t really interested in Clemson at the time. I was more interested in Florida, Miami (FL), and Georgia.

“Then, Coach (Dabo) Swinney came down during my sophomore year, because he was recruiting one of our linemen. He said he was going to come back for me and I didn’t really believe him, but the next year he came back. All he wanted was a visit.

“I visited and that changed everything. I saw that this is a special place. Seeing the coaches and players and seeing what they were able to do showed me that this was a place where you can win and grow spiritually, earn a well-respected degree, and compete at the highest level of football.”

As a sophomore in 2010, Brewer had a breakout season, as he made 10 starts and appeared in all 13 games. He recorded 54 tackles, 5.5 tackles for loss, and two interceptions. One of those interceptions was a 61-yard return for a touchdown in Clemson’s victory over Maryland. He was a big reason the Tigers finished in the top 15 in the nation in scoring defense and total defense.

In 2011, Brewer improved again, starting in every game except for one and recording 60 tackles and three tackles for loss. He was a key player during Clemson’s ACC Championship run.

He credits his improvement during his time at Clemson to focus.

“I have been trying to focus on what’s next after learning from mistakes and focusing on how to make my good plays better,” said Brewer. “I do that by spending time in the film room and evaluating my play, where I am my own worst critic.”

Also in 2011, he was part of a defense that gave up just 10 points in the ACC Championship win over #3 Virginia Tech, which is his favorite moment as a Tiger.

“That is what you come to a school like Clemson for…to win a championship,” explained Brewer. “The fact that it hadn’t been done in 20 years with all the good teams from now to then, it is pretty incredible to be a part of that.

“It’s something that Coach Swinney says all the time…records will be broken, but those championships will never be taken down. I’m going to come back here in 30 years and be able to tell my children that I was a part of that team. It’s a blessing and an honor to be a part of that team.”

So far this season, #9 has appeared in all nine contests (seven starts) and has played 452 snaps, third-most on the defensive unit. He has recorded 35 tackles, 2.5 tackles for loss, and an interception (in Clemson’s 38-17 victory over Virginia Tech on October 20).

A part of the Tigers’ success this season has been in part due to the defense’s ability to improve and play better during the second half of games.

With a few games left in his Tiger career, Brewer wants the team to finish strong.

“I want to win every single game, obviously,” said Brewer. “I also want us to continue to get better and grow closer as a team. I want us to be able to look back at this season and know that we did something special.”

Brewer graduated on May 11, 2012 with a degree in psychology. His plans for after college are to attempt to take the next step in his football career.

“I was the first male in my immediate family to earn a college degree and Coach Swinney’s influence and stress on the importance of education helped me accomplish that goal.

“I plan to continue playing football as long as possible. I know one day, though, I will have to hang up the helmet and cleats. After that happens, I want to coach.

“There’s so much that I’ve learned from coaches in the past. I have been blessed with a lot of great coaches, with my high school coach, Darrell Sutherland, and now Coach Swinney. I’ve learned countless life lessons from football that have helped mold me into the man I am today. I wish to pass down those to the next generation.”

With any luck, Brewer will look to carry on the family tradition and take his talents to the NFL before he begins his coaching career.