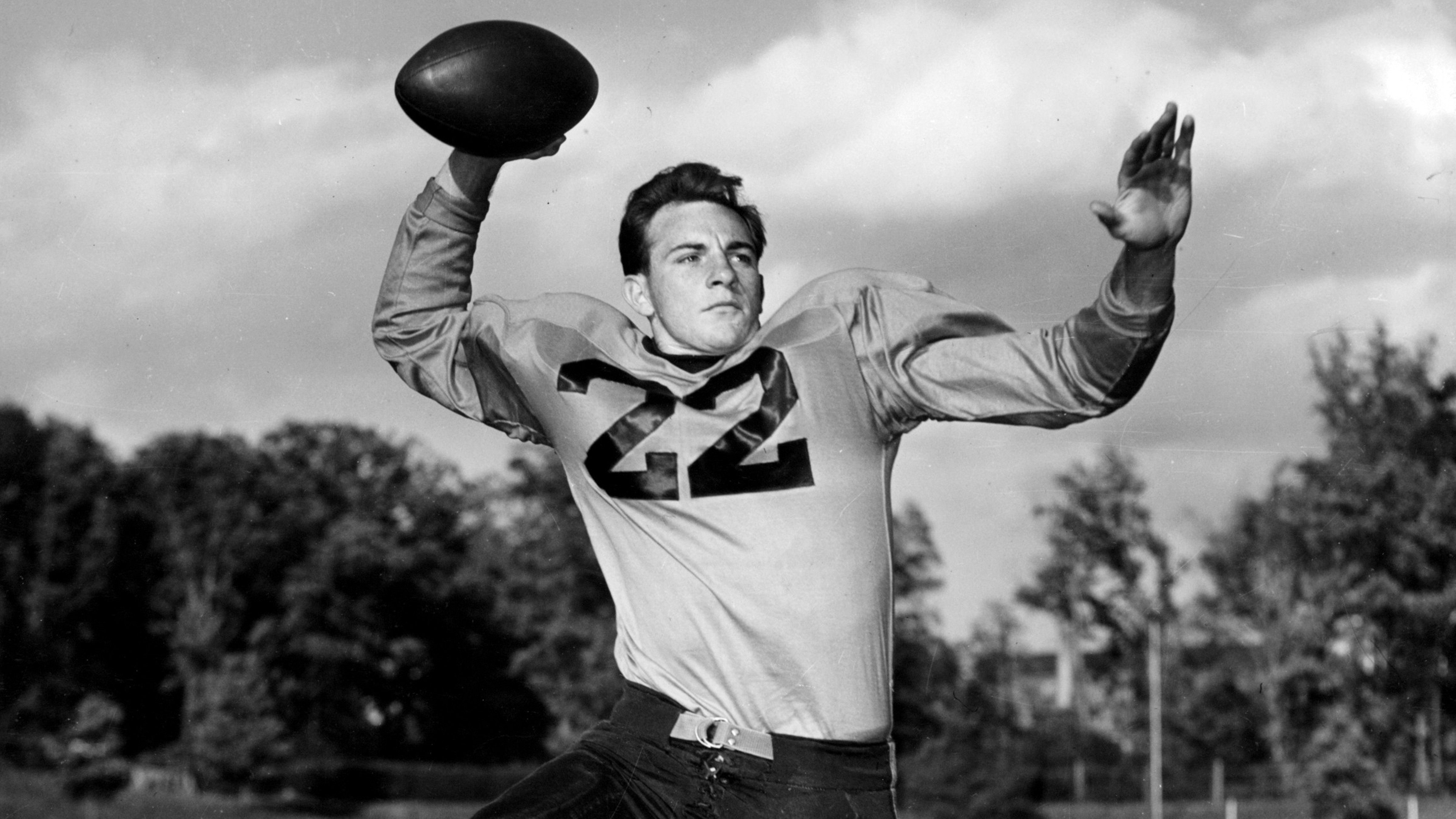 By Brent Breedin Clemson’s 45-19 drubbing by Auburn on November 21, 1953 to end an eventful football season with a disappointing 3-5-1 record did not bode well for the approaching Christmas season in Fike Fieldhouse, the modest employment home of Head Coach Frank Howard and his Tiger associates.

“Gloom and doom” was not in the air by any means, for 1953 had been Clemson’s first season playing T-formation ball and the first in several years under revised substitution rules, where players had to play both offense and defense.  Also, it was the first official year of the ACC.

One could rationalize in part that the schedule was the Tigers’ toughest ever, with three of the losses to #1 Maryland, #8 Georgia Tech, and #17 Auburn.  Injuries to all-conference quarterback Don King and end Dreher Gaskin contributed significantly to the other two defeats at the hands of Miami (FL) and South Carolina.

Then there was the great recruiting class of 1953 with the likes of Charlie Bussey, Jim Coleman, Willie Smith, and Joel Wells, all standouts on the freshman team.

Still, there was no national ranking for the second year in a row after two undefeated teams and three bowl games in the years 1948-51.  It was a momentary downtime in Tigertown.

Then the news arrived from Boston…King had been selected by the Boston Gridiron Club to receive its eighth-annual Swede Nelson Award for Sportsmanship, with the presentation to be made in Boston in January of 1954.

Coach Howard was all smiles when he walked into my sports information office that December morning in 1953.  At the time, it was one of the most respected awards in the nation.

Then, noting my bewilderment, he explained, “I just got off the phone with the Boston Gridiron Club and they’ve named Don King winner of their sportsmanship award for his conduct in the Wake Forest game that you told them about a couple of weeks ago.”

I had been given a request from the Boston organization to Coach Howard for a sportsmanship recommendation for this award, then unknown to me, and almost disposed of it in the “round file” until I recalled the Wake Forest game episode.

In the third quarter, Wake Forest had the ball at midfield trailing Clemson 12-0 when Demon Deacon quarterback Sonny George failed to get up after being tackled.  As the minutes passed and the Demon Deacon players and coaches along with the game officials gathered around the injured George, the Tiger starters watched from their end of the field.

Ultimately, King, a quarterback and safety, walked over to the scene and visited for a minute or so before returning to his teammates.  Shortly afterwards, the game resumed with George at quarterback.  Clemson played one of its better games of the season that Halloween Day in winning by a score of 18-0.

It was not until Monday morning when Tiger starting linemen Mark Kane and Clyde White stopped by my office that I found out what happened.

“When Don came back from talking to the Wake Forest people, he told us that Sonny George was their only quarterback and he had a bad knee, his ‘bum’ knee that had caused him to miss the Miami game and much of the South Carolina game,” the pair said.  “So, Don said to us, ‘if you tackle him the rest of the game, hit him high.'”

I decided to share this incident with the Boston Gridiron Club.  They obviously liked it, coupled with the good relationship Clemson and Coach Howard had with many of the people in Boston via the Boston College rivalry that began in the 1940 Cotton Bowl.

I was privileged to attend the 1954 award program along with Coach Howard, King, and his family (wife, Nancy, and parents).  The two days of events leading up to the final banquet included time with Massachusetts Governor (and later Secretary of State) Christian Herter, relatively new Celtic Coach Red Auerbach, and the smash Broadway show, “Guys & Dolls.”

Some of the earlier recipients of the Swede Nelson Award included Perry Moss (Illinois), Doak Walker (Southern Methodist), and Bob Williams (Notre Dame), and from 1954 through 1981, selections were almost evenly divided between many of the nation’s top teams and those of New England.  After Wake Forest’s Kenny Duckett won the award in 1981, the Boston Gridiron Club limited those of the future to New England, with Boston College gridmen earning the honor a dozen times.

While the award has lost some of its luster on a national basis, it was one of the major awards won by a Clemson football player in the 1950s and brought great pride to the Tiger program.