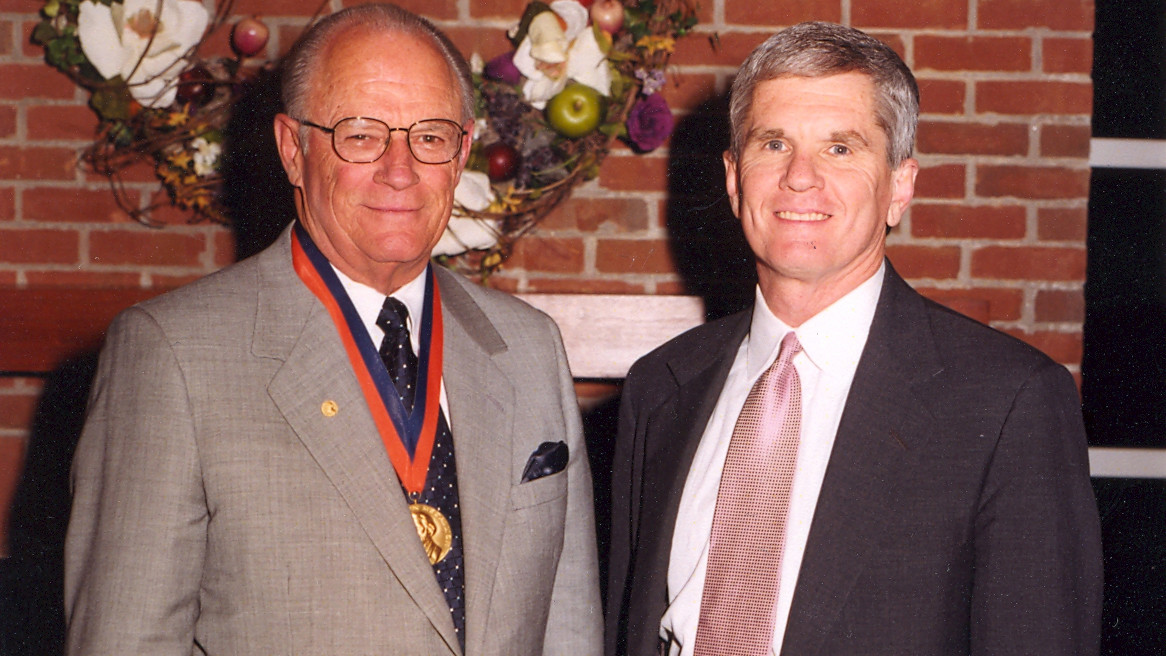 By Brent BreedinLegendary Frank Howard in his career at Clemson (1931-96) was prone to brag about his football players’ success after college more than their time spent on the gridiron.  Many were “rags to riches” stories that fooled or even shocked him.  Some were not all that surprising, still others seemed almost pre-ordained for greatness.Lawrence Gressette, a native of Saint Matthews, SC who enrolled at Clemson in September of 1950 along with first-cousins Bill and Reeves Gressette, fit into that last category by the time he graduated in 1954.  He died on July 15, 2013 at age 81 after considerable contributions to Clemson as a student-athlete on the football team and as an 18-year member of the Board of Trustees.In my second year as sports editor and columnist of the Anderson Daily Mail in 1950, I noted with interest the arrival of the three Gressette cousins as football scholarship athletes.  They were limited to practicing against the varsity and playing a handful of other college freshman teams that first autumn.  This experience was good, as Clemson’s varsity went undefeated to finish #10 in the AP final ranking (the Tigers’ first top-10 team) and defeated Miami (FL) in the Orange Bowl.

A year later in 1951, there were enough lettermen returning at most positions to suggest that the Tigers would perhaps equal their 1950 success.  The biggest holes to fill were in the backfield, where fullback Fred Cone and wingback Ray Mathews had reigned supreme for three years and moved on to the NFL.

The 220-pound Shirley proved his worth early on, carrying the ball a record 36 times in a 6-0 win over N.C. State in Raleigh.  But as the season progressed, Gressette’s mastery of the fullback position and his speed in the open field resulted in his splitting playing time with Shirley.  Gressette ran the ball outside the 30, while Shirley would take over inside the 30.

When Clemson needed an impressive win over Auburn at season’s end in order to receive an invitation to the Gator Bowl, Gressette had his best game ever in rushing for 177 yards on 26 carries, the fourth-most yards in school history at the time.

Injuries to both Gressette and Shirley early in 1952 played a major role in Head Coach Frank Howard’s decision to scrap his single-wing offense in favor of the T-formation.

While Gressette saw limited action at fullback in 1953, he excelled in the classroom, as a ranking military cadet, and in campus politics.  He was near the top in all of these, and I, for one, projected him to become governor of South Carolina one day.

He noted that he had to stay home and run things while his father, the legendary State Senator Marion Gressette, looked after the state.  The younger Gressette did just that and ultimately became president and chairman of South Carolina Electric & Gas Company, and also chairman of Clemson’s Board of Trustees.

When Gressette died this past summer, many Clemson administrators came to the forefront to document his contributions.

“He worked tirelessly to improve the quality of life of his fellow citizens.  During my years serving in the general assembly, I always found him to be an untiring advocate, not just for Clemson, but for educational opportunities for all South Carolinians.

Gressette joined the university’s board of trustees as a successor trustee in November of 1989.  He was named vice chairman in September of 1994 and became the 13th chairman of the board in July of 1995.

“In the long history of Clemson University, certain people stand out for their exceptional leadership and service,” said President James F. Barker.  “One of those is Lawrence Marion Gressette, Jr.

“As one of our state’s most successful business leaders, Lawrence Gressette understood clearly that the quality of education is vital to South Carolina’s economy and the well-being of our

“He was a true and unwavering champion for Clemson’s successful quest to become one of the nation’s top public universities.  We owe much of that success to his leadership.”