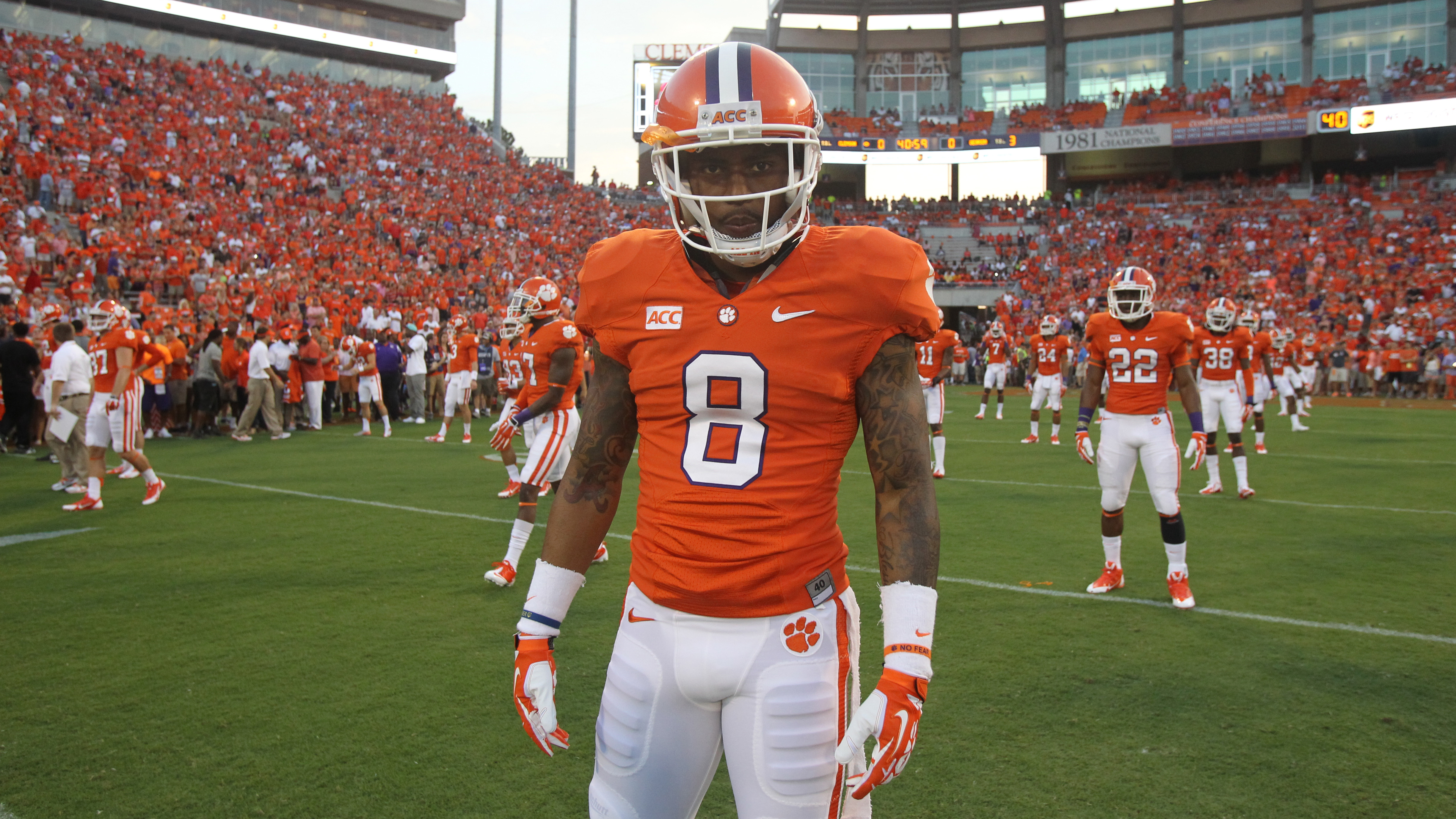 By Davis SimpsonAs a team, Clemson once again improved in 2012 with an 11-2 record, capped off by a thrilling 25-24 victory over #7 Louisiana State in the Chick-fil-A Bowl.  Defensively, the ACC Tigers turned out one of their best performances of the season.  Clemson held the SEC Tigers to just nine first downs, 219 total yards, 3-13 third-down conversions, and forced eight three-and-outs in the game.

It, too, was the Clemson defense that gave the Tiger offense the ball back with 1:39 remaining in the game.  From there, a fourth-and-16 conversion and a game-winning field goal by Chandler Catanzaro as time expired clinched the victory for Clemson.

The Chick-fil-A Bowl was a fitting end to the year for the Clemson defense, as its progress over the course of the season was displayed for all to see.  The Tigers improved in several crucial areas from 2011 to 2012, including points per game and third-down conversions allowed.

A significant part of the Tiger defense in 2012 was senior cornerback Darius Robinson.  Before he was sidelined by an injury midway through the season, he made six starts in seven games and recorded 13 tackles, one interception, and two pass breakups in 281 snaps.  He suffered a fractured ankle in the Tigers’ 38-17 win over Virginia Tech on October 20 and missed the remainder of the season.

“It was tough missing the second half of the 2012 season, because I was really at that point of being the player I was expected to be,” he said.  “I knew I was about to do something big.”

Robinson was a part of a secondary that dealt with several key injuries in 2012.  Martin Jenkins missed the entire season with a hip injury and Bashaud Breeland missed time due to a groin injury.  All three have returned in 2013 and are key parts of the Clemson secondary.

“The recovery process was great,” stated Robinson.  “It opened my eyes and showed me that I had to grow up.  The process helped me find out who I really was and gave me some confidence going into this season.”

Despite the injuries, the Clemson defense was 21st in the country and second in the ACC in red-zone defense in 2012 under first-year Defensive Coordinator Brent Venables.

In the 2013 season, the Tigers look to improve upon those finishes and build on their success against Louisiana State.  Robinson, whose position coach is first-year Defensive Backs Coach Mike Reed, figures to be a major part of that, as he has returned to his starting role at cornerback.

“My goal is to play my role, do my job, and try to impact my teammates in a positive way.  This offseason, I worked on doing the little things and paying more attention to details.  I’m older now, therefore, the game isn’t as fast to me as it used to be and my focus is on what’s key for us on defense.”

The 5’10”, 175-pound cornerback may be the most experienced player in a young, inexperienced secondary.  In his career, Robinson has 34 tackles, one tackle for loss, three interceptions, and three pass breakups in 730 snaps over 26 games (13 starts).

The College Park, GA native is one in a small senior class in 2013 and is hoping to get the most out of his final year as a Tiger.

During his four seasons in a Tiger uniform, Robinson and the Tigers have accomplished many goals.  In 2011, Clemson defeated #3 Virginia Tech by a score of 38-10 in the ACC Championship Game to claim its first league title since 1991.  Also during that time, Clemson has knocked off seven top-25 opponents, including four away from home.  Robinson said his highlight came in 2011.

“My favorite game had to be in 2011 when we went to Virginia Tech and held them to just three points,” he stated.  “That was the turning point for our team that season.”

Off the field, Robinson and Jenkins collaborated on a song that became an unofficial team motto in 2012.  “We Too Deep” was a song and music video featuring both Robinson and Jenkins.  It quickly became a fan-favorite and Head Coach Dabo Swinney even asked the two to perform the song at Dabo’s All-In Ball in April.

“Martin and I have always been into making music since we were freshmen here at Clemson,” explained Robinson.  “We wanted to give the fans something they could really hold on to.  We were hoping we could start a tradition where on every third down, the fans would chant, ‘We Too Deep’.”

Robinson and Jenkins wrote the song together and both can be heard singing throughout different parts of the song.  From there, Jenkins produced and edited the video, in which both can be seen with several of their teammates.  The success of the song was not a surprise to Robinson.

“I wasn’t surprised at all on how popular it became,” said Robinson.  “We knew fans would love it, because we know how much support Clemson Nation has for us.  That’s why in the first verse, I said, ‘best fans in the whole nation.’  We really mean that as a team and we appreciate the fans in Tiger Nation.”

Robinson, who wore #21 during the first three years of his career, is wearing #8 this season in honor of former teammate Justin Parker, who was forced to give up football due to injury.

“I wanted him to know that he is still a part of us,” said Robinson.  “Twenty-one is my favorite number, but I had no problem giving it up, because I understand life isn’t about me.  Justin and I came in playing together and we’re going to leave the same way.”