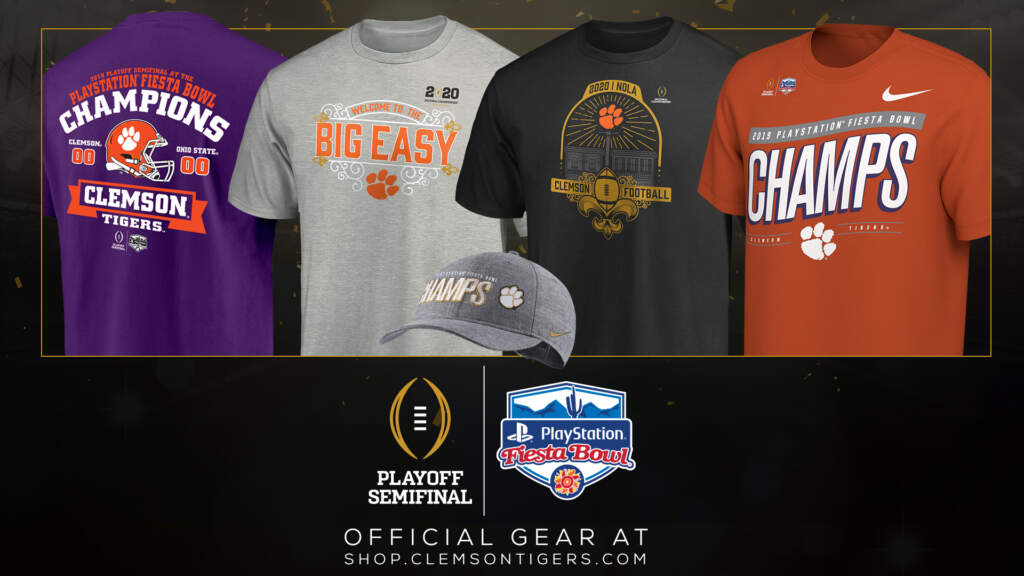 GLENDALE, ARIZ. – Trevor Lawrence connected with Travis Etienne with 1:49 left in the fourth quarter to give No. 3 Clemson the lead and Nolan Turner intercepted Justin Fields in the endzone with 37 seconds remaining, as the Tigers (14-0) erased a 16-point first half deficit to defeat No. 2 Ohio State 29-23 in the Playstation Fiesta Bowl in the College Football Playoff on Saturday night.

Clemson heads to New Orleans, La. for a chance at its third College Football Playoff National Championship in four years. The Tigers face No. 1 LSU on Jan. 13 at 8 p.m. EST on ESPN. It is Clemson’s fourth national championship game appearance in five years.

The win extended Clemson’s nation’s-best 29-game winning streak. The Tigers trailed 16-0 in the first half before two touchdowns in the second quarter cut into the Buckeye lead to 16-14. Clemson scored a touchdown in the third quarter to take a 21-16 lead into the fourth quarter.

Ohio State retook a 23-21 lead with 11:46 remaining on a fourth-down touchdown. With 1:49 remaining, Lawrence found Etienne for a 34-yard touchdown to reclaim the lead. Turner recorded Clemson’s second interception of the contest, picking off Fields in the endzone to seal the 29-23 victory.

Lawrence completed 18-33 passes for 259 yards and two touchdowns. The sophomore ran for a career-high 107 yards, including a 67-yard touchdown run in the second quarter, the longest rush of his career. Lawrence also threw a touchdown pass in his 24th consecutive game, the longest active streak in the nation.

Etienne recorded his third and fourth receiving touchdowns of the season, taking a pass from Lawrence 53 yards to the endzone in the second quarter and a 34-yard touchdown in the final minutes of the game to put the Tigers ahead. Etienne led Clemson in receiving with three receptions for 98 yards and two touchdowns. Etienne finished with 36 rushing yards and one rushing touchdown.

The Clemson defense intercepted Fields two times, one by Butkus Award winner Isaiah Simmons and one to seal the game by Turner. Fields entered the game with just one interception in 2019. 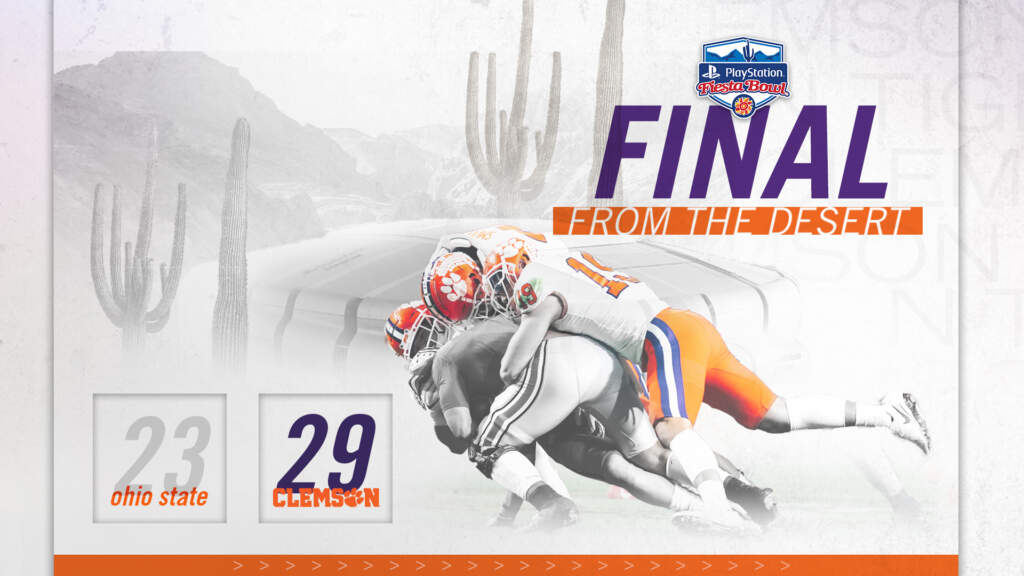 “It doesn't matter what we've done in the past…

This is all about right here and right now.” – James Skalski#CFBPlayoff || #ALLIN pic.twitter.com/EHsveTP8RC