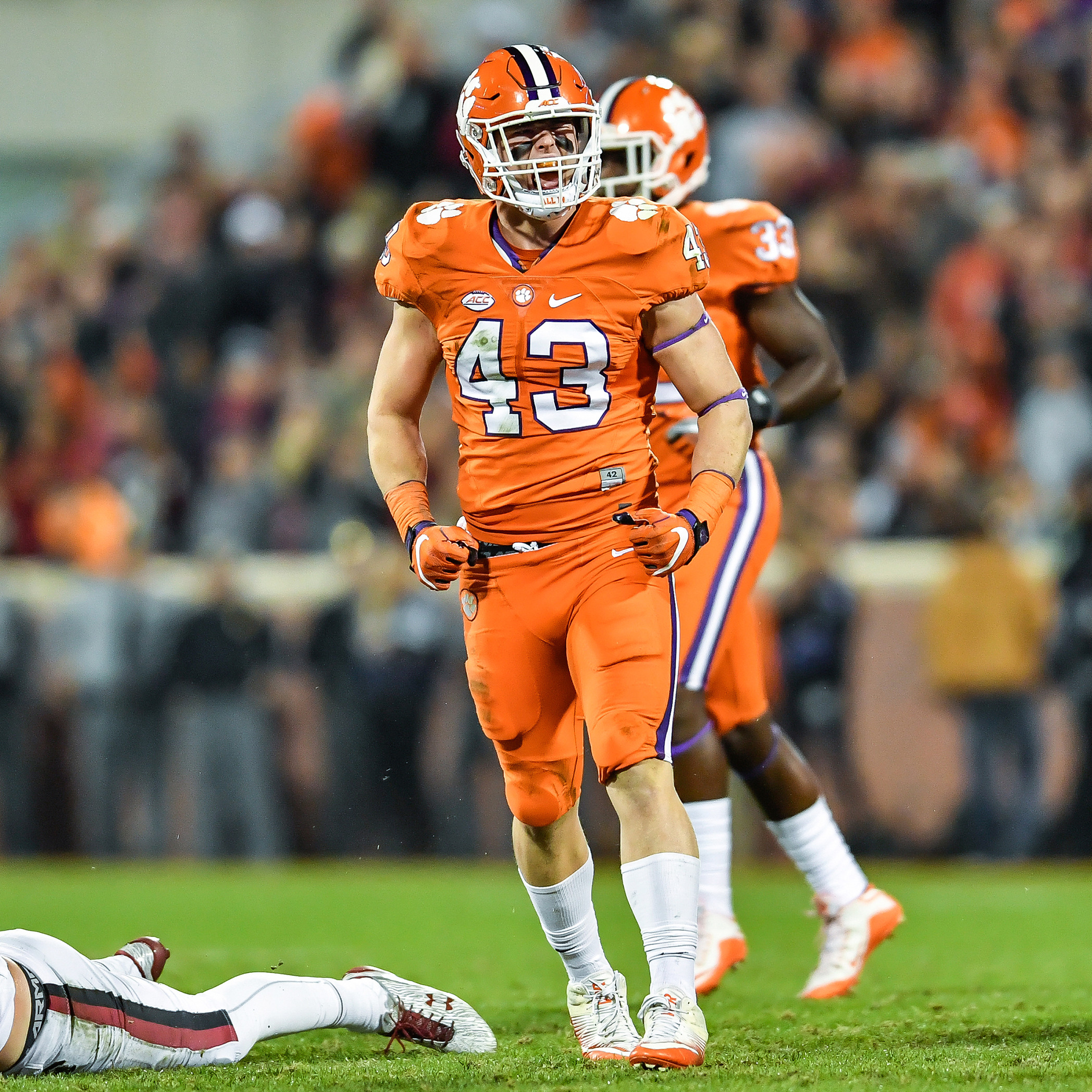 The 2017 football season is right around the corner. Being the defending national champions is a wonderful thing, but as head coach Dabo Swinney will tell you, “That was last year.” We all know who the major players will be this coming fall, so here are my five “not so well known names” to be aware of in 2017.

Tremayne Anchrum – Coming out of high school, he was rated as high as the No. 21 offensive guard in the nation. Don’t be surprised if he is the starting right offensive tackle in 2017. He had a wonderful spring and has made quite an impression on offensive line coach Robbie Caldwell. Anchrum played 292 snaps last season and saw action in 11 games, starting the Pittsburgh game, where he totaled 89 snaps. Great feet, excellence technique and a mind for the game make him the kind of player who will contribute in a big way this season. The battle between him and Scott Pollard throughout August camp will be one to watch for the starting spot at right tackle.

Albert Huggins – It is easy to forget that he was the top player in South Carolina coming out of high school in February 2015. In his first two seasons, he has registered 32 tackles, three sacks and seven quarterback pressures as a defensive tackle. All nice numbers, but not maybe meeting the expectations of the staff and fanbase. This is the year I believe he will shine. He will still be in a backup role because of Christian Wilkins and Dexter Lawrence, but Huggins will be in the rotation, which means he will get around 30 snaps per game. He would be starting at most every other school if not for the two All-America candidates ahead of him.

Tanner Muse – This guy may be the player I am most excited about in 2017. Size, speed, strike ability and football smarts are all good things to have on the gridiron, and that is exactly what you have in Muse. He is the third-fastest player on the team. Muse saw action in all 15 games last season, recording 106 snaps. Twenty-six of those came against Syracuse, when he recorded four tackles and a 64-yard interception return for a touchdown, as he showed his nose for the ball and his aforementioned speed. In the national championship game, Brent Venables did not hesitate to insert Muse into the lineup in the fourth quarter for a key series. He earned a starting spot coming out of the spring at safety, and you can look for Muse to be a guy who opposing offensive coordinators will take notice of, which means so should you.

Chad Smith – He shared the team’s co-special teams player-of-th-year honors in 2016 with Tanner Muse. Special-team demons are always guys you want to watch when they are on the field, but here in 2017, Smith will also make his fair share of plays as part of the linebacker rotation. A U.S. Army All American Team member and No. 56 player in the country coming out of high school, Smith redshirted in 2015. Last season, he saw action in 13 games and amassed 19 tackles. He gave us a flash of what is to come in the road win at Boston College, when he totaled eight snaps and registered six tackles.

Trevion Thompson – A broken hand sidelined Thompson in the playoff games last year, which made it easy to forget just how solid of a season he put together as part of a wide receiver group that was the best in the nation in 2016. In all, he totaled 321 snaps, totaling 11 receptions for 108 yards and a touchdown in his sophomore year. The redshirt junior has all the tools one looks for at wideout, and I get the sense he has the focus going into this year where you could see him accumulate 30+ catches and make his way to the endzone five to eight times this year.