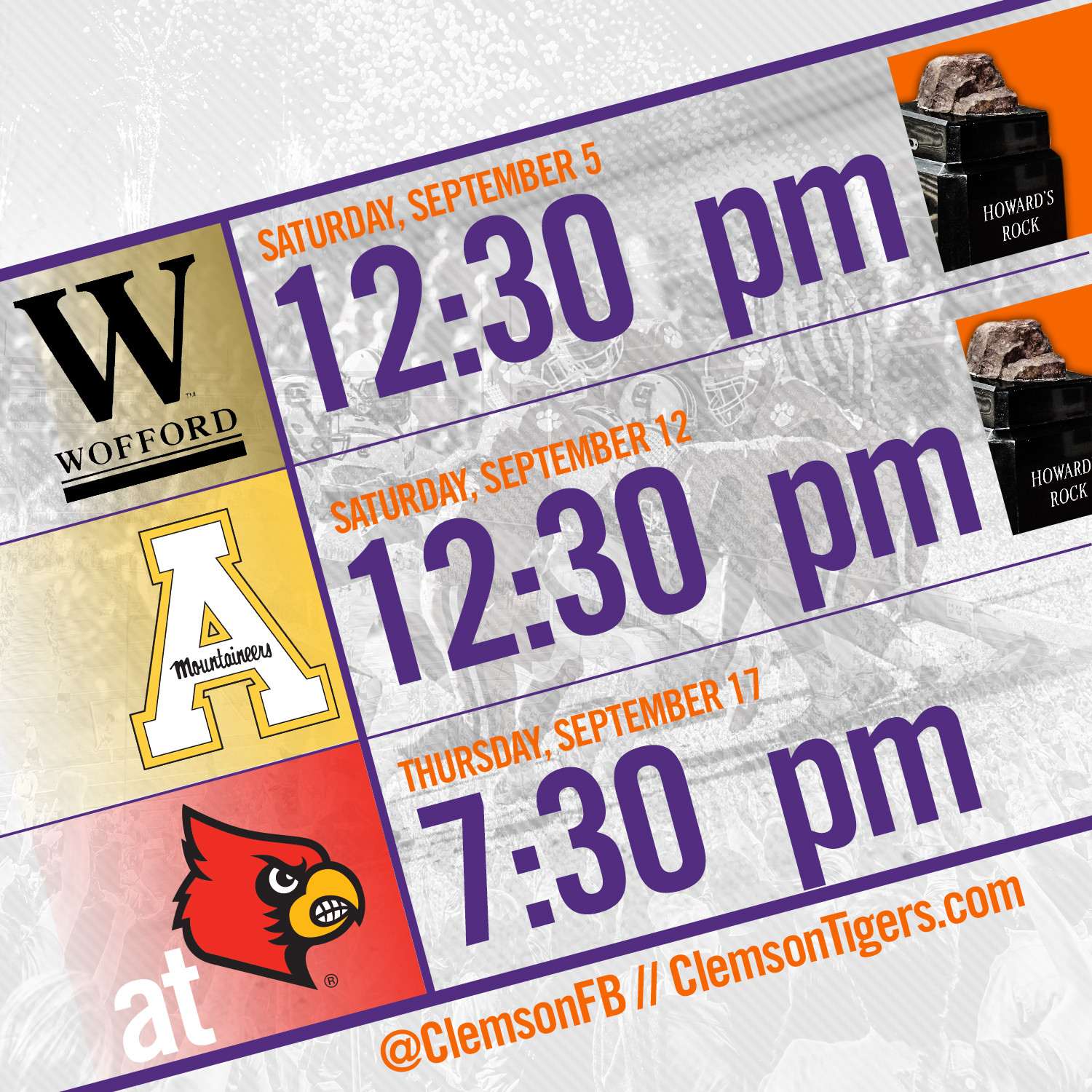 CLEMSON, S.C. — The Atlantic Coast Conference released game times for the first three weeks of the 2015 football season. Clemson will kick off at 12:30 p.m. against both Wofford (Sept. 5) and Appalachian State (Sept. 12) the first two weeks, and at 7:30 p.m. on Thursday, Sept. 17 in Louisville.

The season opener against the Terriers is set to be televised by the ACC Network, while the matchup with the Mountaineers has been slotted for ESPN3. The Thursday night matchup with the Cardinals has been previously announced as an ESPN broadcast. The Tigers will have a short week to prepare for Louisville, who Clemson defeated in a defensive struggle last season, 23-17.