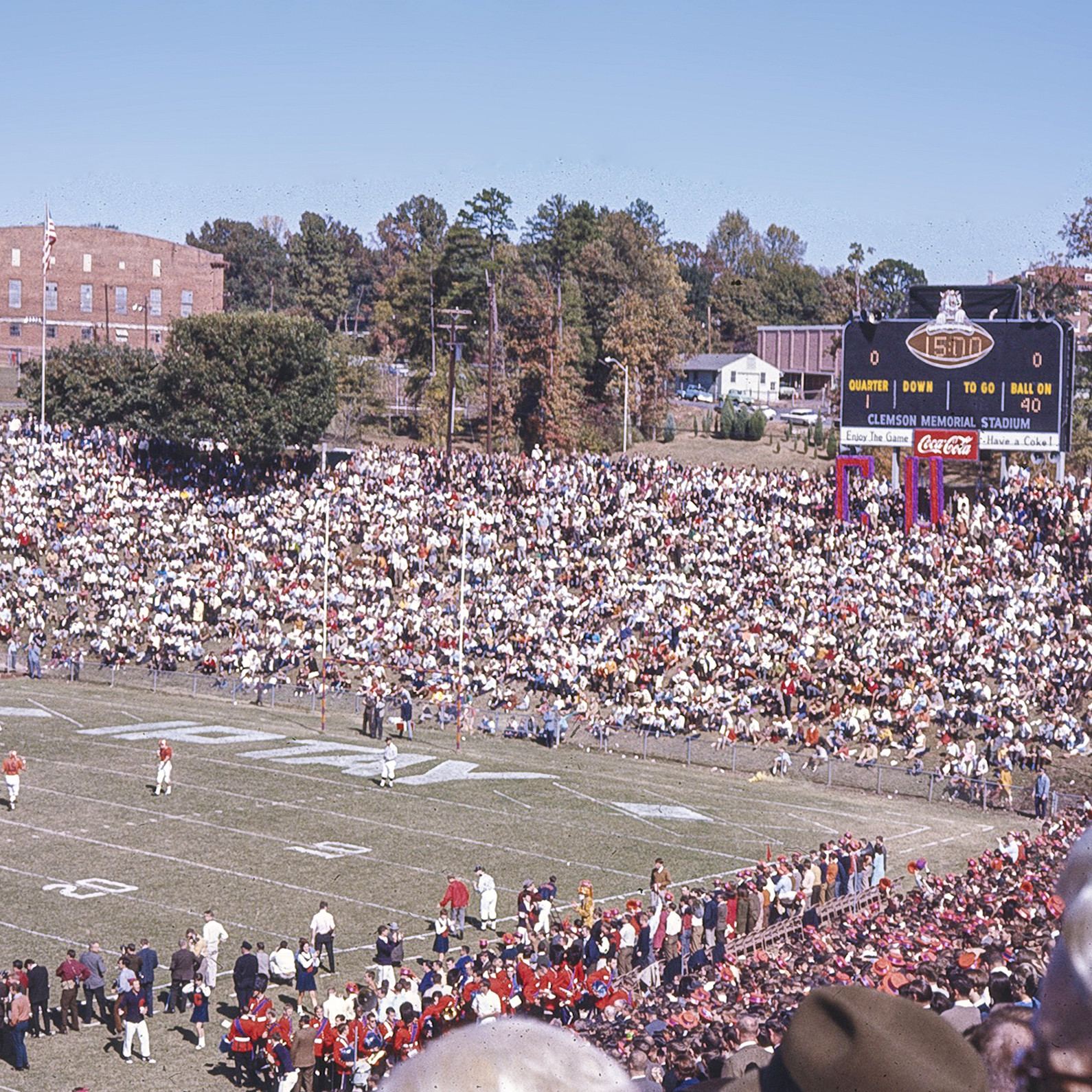 Editor’s note: This is the second in a series of the most memorable games in the history of Memorial Stadium, which is celebrating 75 years this season.

It was fortunate for Clemson that former IPTAY executive secretary Gene Willimon acted when he did. Otherwise, Clemson might not have beaten Virginia 40-35 on Sept. 24. 1966 in the season opener. It was one of the greatest games in the 75-year history of Memorial Stadium.

It was Willimon’s idea in the summer of 1966 to put a rock from Death Valley, Calif., on a pedestal at the top of the Hill, where the Tigers enter the stadium and make their famous entrance. Alumnus Sam Jones gave former head coach Frank Howard the Rock after a visit to Death Valley, Calif. Jones must have thought it to be an appropriate gift to Howard, as the stadium had been called “Death Valley” by friend and foe alike for many years prior to 1966.

One day when Howard was cleaning out his office, he told Willimon to do something with the Rock. He wanted it out of his office. Willimon brainstormed and immediately came up with the idea of putting it on a pedestal overlooking the playing field, where it still sits today, 51 years later.

Even though the players did not begin touching the Rock for good luck until a year later, it must have brought the Tigers good luck, or as Howard stated “mystical powers” in the 40-35 win over Virginia on that September day in 1966. The Tigers managed to win despite losing five fumbles and giving up 429 total yards. It is one of just three games in Clemson history the Tigers lost five fumbles and still won the game.

It also did not hurt the Tigers’ chances that Buddy Gore rushed for 117 yards, and Jimmy Addison had one of the top passing days in Clemson history.

The Tigers went ahead in the contest early in the second quarter on the strength of a 68-yard punt return by Frank Liberatore, a touchdown pass from Addison to Phil Rogers and the running of Gore. The second and third quarters belonged solely to quarterback Bob Davis and his Cavaliers, and with the help of fumbles, Virginia took a 35-18 lead with 3:06 left in the third quarter.

Edgar McGee, Rogers and Wayne Bell had key catches to bring Clemson to a 35-33 deficit.

Faced with a third down and short yardage on Clemson’s 25 yard line, the Tigers were driving for the go-ahead score.

“We called a pass play that had resulted in several completions in an earlier game to our split end, Wayne Bell,” recalled Addison. “Wayne found an open spot between the linebackers, and the Virginia cornerback came from his deep position to cover the open receiver. Jacky Jackson, who had run from his tailback position down the left sideline, made a beautiful catch behind that cornerback and outran the safety to the endzone for a touchdown.”

That gave the Tigers a 40-35 lead with 3:49 left, and it proved to be the game-winning touchdown.

“I remember this play distinctly,” said Addison, who later attended law school at Virginia. “I thought I had overthrown Jackson, but he put it in second gear and ran underneath the pass.”

Addison was the AP Back-of-the-Week, while Davis was named Sports lllustrated Back-of-the-Week. It is probably the only time two opposing players have been named national players-of-the-week in college football history.

Davis set the ACC record for passing attempts and completions in the game, records that have since been broken. He finished 26-48 passing for 312 yards, while Addison was 12-19 passing for 283 yards and three touchdowns.

It was truly a game worth two admissions. It was a great way to christen Howard’s Rock.